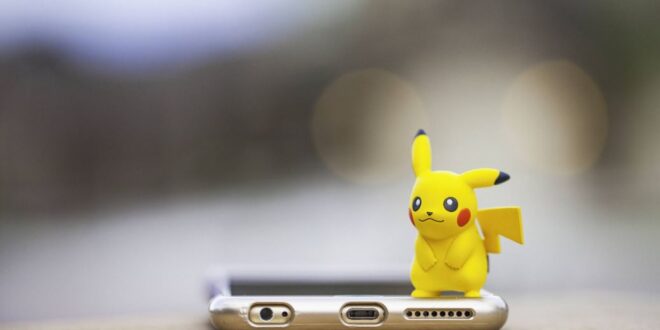 8 Differences Between Pokemon Go and The Classic Pokemon DS Games

There are so many Pokemon games out there that it is impossible to remember all of them. However, if you are a Pokemon fan, you likely own a lot of the classic DS games and you have probably downloaded Pokemon Go on your phone. While it is great that we can now catch Pokemon in our backyards, outside Walmart, and in the park, you cannot deny that the classic games also have various features and are equally as fun as Pokemon Go. In fact, it is the popularity of this game that has lead to sale of Pokemon Go accounts by roadaccounts.com

In this article, you will be able to read about the differences between Pokemon Go and the classic Pokemon DS games. Let’s take a look:

When it comes to catching pocket monsters in Pokemon Go, it is all about the aim. While in the classic Pokemon games, you will need to first weaken the pocket monster’s health and then the Pokeball magically lands perfectly on to the Pokemon. Keep in mind to hit the “A” button to make sure that it is definitely caught!

In the phone game, each spot is tall grass since you can catch the pocket monsters anywhere. However, in classic games, only specific areas of the path are available to catch them.

There are No Other Trainers to Battle on the Path

In the classic game, the player would run into a few opponents on their way to another town on the map. Once you make eye contact with them, be prepared for a battle. But, Pokemon Go does not offer the same thing since the only way you can battle another play is at the gym.

With each DS game released, trading becomes easier. Currently, there is no way that you can trade with other trainers in the mobile app.

You Mom Will Not Ask to Keep Your Money

Right before you leave in any classic game, your mom will ask you if you want her to keep your money for you. Almost every player chooses to control their own money. Pokemon Go does not offer this feature, hence, you are entirely in control of it.

In almost every town in the game, there is a gym that you have to beat and they always have a different theme such as psychic, bug, water, and so on. In the mobile game, the gyms are actually landmarks, they have no theme, and there are a lot more difficult to pass than the gyms in the classic games.

Teaching HMs To Your Pokemon

Surf, fly, cut. These are all necessary HMs to teach your Pokemon since they are important in accessing each area on the map. Well, Pokemon Go is wide open, but it is quite obvious that you cannot fly from one town to another.

An important part of all the classic Poke games, the red-tiled centers are a frequent stop for many players. Healing your Pokemon at those centers is faster and cheaper than using potions. However, there are no Pokemon Centers in the mobile game.

As you can see, there are some major differences between the classic games and the mobile game. However, each game has something different to offer and they are all interesting in their own, special way. Hence, if you did not play Pokemon Go yet, make sure that you try it. You will have endless fun and exercise at the same time.