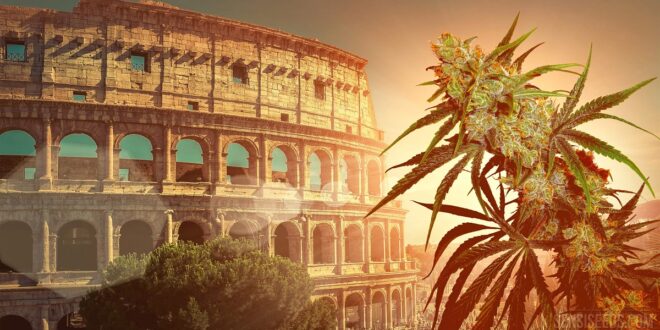 What do you think of first when somebody mentions cannabis? For many people, the answer is still the hippy movements of the ’60s and ’70s. Cannabis feels like a modern thing, but civilisations have been using the plant in ingenious ways for thousands of years. We’ve got together five examples of the role cannabis played in the ancient world.

For clothing material, the hemp plant was vital for making clothing in various societies. As one of the birthplaces of civilisation, ancient Iraq has been found by archaeologists to have used hemp clothing over 10,000 years ago. Many companies still use hemp in their clothes and it’s no surprise – the material is light, inexpensive and four times the strength of cotton.

Hemp is known for its robustness, which makes it the perfect material for creating durable rope. All over the world, ancient societies recognised the extraordinary strength of the material. This started as far back as 500 BC in Russia, with hemp rope gradually moving itself to Greece in 200 BC and towards the Italian and Viking ships of the 9th century. Like many of these examples, hemp rope is still used regularly today.

Religious celebrations played an even bigger role in ancient societies than they do in many places today. The use of cannabis in these events has been well-documented – in India they used bhang (a beverage mixed with sugars, spices and squashed cannabis leaves) all the way back in 1100 BC. Hindus who take part in the famous and colorful Holi festival still see bhang as playing an important role in their celebrations.

In contrast to Hindus, the Scythian tribe of Ancient Siberia made use of cannabis in their funeral rites. All the way back in the fourth century BC, Greek historians explored the role of cannabis in these ancient tribes. They found that the seeds of cannabis were put down on scorching stones and the smoke was taken in through the mouth.

In the year 571, a little nearer to our own time, a French queen called Arnegunde waa actually buried in her hemp cloth. The material was of more common use among the upper classes of the time and was seen as a practical, strong and fashionable garment.

As the birthplace of democracy and Western civilization, the Greeks certainly knew a thing or two about the world and how it worked. Yet another thing we have to give them credit for is their innovative use of cannabis. After being introduced to the country in around 200 B.C., cannabis was used as pain relief for both horses and humans. The roots of the hemp plant were mostly used to treat burns sustained in battle, while the leaves were often used to fix nosebleeds in humans and sores in horses. Even more incredible is that the Greeks steeped the seeds of cannabis within their wine, creating a tonic that helped ease the pain. They really were ahead of their time weren’t they?

From the Greeks to the Romans, Ancient Italy was no stranger to innovation. The Romans were responsible for hundreds of roads and cities that we take for granted today. They also made use of cannabis way back in 78 AD, using it as pain relief for headaches and other health issues. To put it simply, the Romans, like the Greeks, were far ahead of their time when it comes to the medicinal uses of cannabis.

Many scientists also give cannabis credit for helping the development of human agriculture and farming after the First Ice Age nearly 10,000 years ago. Known as Cannabis Sativa, this plant was essential for the growth of human farming, which led us to become the species we are today. Who knows where we would be without that vital push to grow our agricultural skills.

The ongoing debate about whether medical marijuana is legal or not doesn’t seem to be dying down anytime soon. But did you know that there have been written medicinal references regarding the plant dating back as far as 1500 B.C.? The earliest written reference of the plant’s properties was written by the Rh-Ya in Ancient China in a book regarding medicinal plants. In fact, we also have evidence that Chinese emperors Shen Nung and Fu Hsi referenced the cannabis plant multiple times in their writings. It’s undeniable that cannabis has played a vital role in human history if we can find written medical references this far back. We’re still having the debate 3,500 years later.

We’re all used to the long-running argument regarding cannabis and the plant’s legal status. What may surprise you is that in 1553 (we know this isn’t ancient – give us a pass), Henry VIII actually made it illegal to not grow cannabis on plantations. This was because hemp was an incredibly valuable material for building, construction and trade and a national effort was made to boost up the amount of hemp that was being grown. How things change – it’s now illegal to grow the cannabis plant in the UK.

We’ve left the best till last. In terms of the development of modern civilization, paper has taken up one of the most pivotal roles of any material. The ability to easily write down thoughts and communicate with each other has been crucial. But did you know that cannabis played a massive part in this development? Several thousand years ago a member of the Chinese court discovered hemp’s extraordinary ability when mixed up with mulberry bark. Hemp then quickly took over from the more expensive and lower quality bamboo slips. The rest is history (literally).

As you can see, without cannabis, many of the progressions we’ve taken for granted simply wouldn’t exist. Whether that’s writing paper or clothing, the plant has a long history of aiding mankind. With modern misconceptions still lingering, it’s important to recognize that cannabis can still help us in the modern world.

Find out more about the history of cannabis and how it is used today at HighKind. 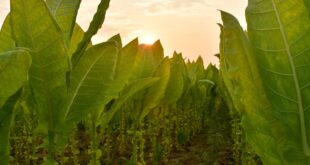 How does Tobacco Leaf builds up Flavour 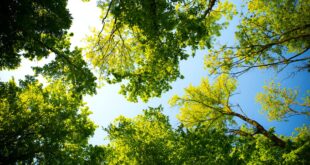 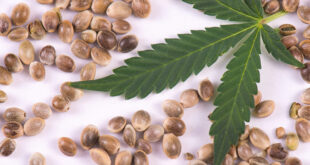 What Is The Difference Between Feminized And Regular Seeds?