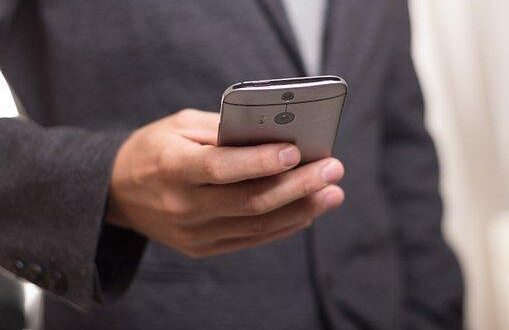 Like twin titans facing off in the grand tech arena, Android and Apple are always duking it out for the top spot.

For a long time, it was generally assumed that Apple was the pick of the bunch when it came to the top device. Still, while Apple is both an engineering and marketing kingpin, it’s hard to offer them the crown — especially in a time when accessibility, feature ingenuity, and cost weigh in as much as, or more than, sleek presentation.

As someone who owns both a Galaxy s10 and an iPhone10, I find that I’m often using my Android device, while my iPhone sits at home in its docking station.

So, to educate the masses, I present a list of the factors that make Android stand apart from Apple.

When the Open Handset Appliance (or OHA) was launched in 2007 to compete with the launch of the iPhone, Google and several other mobile operators and software/hardware companies presented Apple its first actual competition in years, granting an open-source license to manufacturers and developers.

According to the experts, the benefits of open source coding through the Android OS include higher-quality software, more abundant support, lower software costs, better scaling and consolidating, and simpler license management.

With more people working on the codeset, there are more chances for breakthroughs. And while Apple carefully manages its monopoly, Android’s open-sourcing means that more people are putting technology directly into users’ hands. Visit Guarana Technologies for more information on the difference between the Apple and Android OS and why the best developers should help you identify which will be best for your app idea.

When you’re looking to purchase a new smartphone, the Apple family of products certainly looks pretty, but your options are deceptively limited.

You’re essentially looking at an iPhone, an iPad, an iWatch or a MacBook, and with each new version, the older models quickly slide into obsolescence. And unless you’re willing to buy outdated models, Apple offers new annual models at incredible mark-ups to the consumer, in part because you’re paying for a brand name and not necessarily a product.

Conversely, the combined list of Android products is staggering. The range of shapes, sizes, feature sets, as well as price points gives the user incredible choice. While some of the higher-end gadgets have price tags similar to same-gen Apple products, there is also a considerable mid-range and low-end that Apple simply cannot offer, from the Pixel line to OnePlus, to the Galaxy family of phones.

One of the main reasons for Android’s sizeable global user base is price accessibility. In countries with a weak dollar, Apple products go from expensive to unaffordable. In countries with developing economies, value brands such as Motorola (which runs on the Android OS) has become the most popular choices.

Apple might be happy to compete only in the first world, but it should not be surprised by the true global ubiquity of the Android smartphone. Like Oppo, one of the leading Chinese consumer electronics and mobile communications companies.

Apple’s Lightning cables were once a technological marvel, but in recent years, they have become an annoying reminder of the past. They break easily, are incredibly expensive to replace, and if you are an iPhone user, they aren’t optional.

Forcing consumers to invest in a lightning cable is Apple’s way of ensuring you never stray from their ecosystem, as these cables aren’t useful on any device but iPads and iPhones.

Meanwhile, Android has embraced the truly universal USB-C, which is far more versatile and found on a massive plethora of devices from Pixels to Samsung Galaxy phones to PC laptops and desktop computers.

It’s no wonder the USB-C is so popular — it’s one of the only truly universal designs in consumer tech. The fact that so many brands from Google to Lenovo to HP to Asus to Samsung are all using it assures that the tech won’t become obsolete. That benefits the consumer, who doesn’t have to see another format war burn a hole through their wallets. Unlike VHS killed Betamax, then to be eaten by DVD, later to be consumed by Blu-Ray, USB-C is here to stay, as it’s become the industry standard across so many devices and brands.

When traveling, it just makes sense to carry a single charger for your many devices and to leave your iPhone at home.

Headphone Jacks are not Obsolete

How many of you have had the frustration of losing battery on your wireless headset, or leaving it at home, only to find that there is no physical headphone jack in your iPhone for your backup headphones? Luckily, most current-gen Android devices (including the Pixel) still come equipped with a 3.5 mm jack. That means that you aren’t required to rely on (often expensive) wireless headphones to get the most out of your phone.

In 2023, we can expect beacon growth to be massive development in mobile app technology. Completely embraced by hotels, museums, the healthcare industry, and other fields, beacons allow for proximity marketing as well as location technology. Also, it isn’t overly complicated, which means that the average user can quickly adapt and use it.

In 2023, we can expect to see mobile payment beacons becoming increasingly ubiquitous, while AI-enabled chips will bring more devices into the beacon fold.

In the mobile app world, beacon tech is currently dominated by Apple’s iBeacon and Android’s Eddystone. But which one better suits the app project you have in mind for your business? And which will work best for your users?

Eddystone offers a considerable advantage over iBeacon because it uses three different packets of information identification — UID, TLM, and URL — while Apple only uses one. URL harnesses the power of Google Chrome and Google Now users through solid web functionality. At the same time, the TLM allows you to track the data, including its battery level and packet analytics. If you’re looking for fully customizable beacon tech, then Eddystone is likely your better choice.

There you have it — a comprehensive comparison of two giants in consumer tech. But don’t take my word for it. Discover which works best for you and make sure the mobile app developer you work with knows which one will work best for your business.

There you have it. A comprehensive comparison of two giants in consumer tech. But don’t take my word for it. Discover which works best for you and make sure the mobile app developer you work with knows which one will work best for your business. 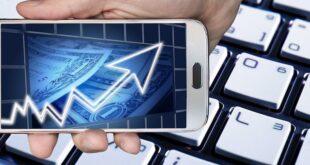 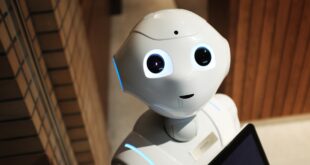