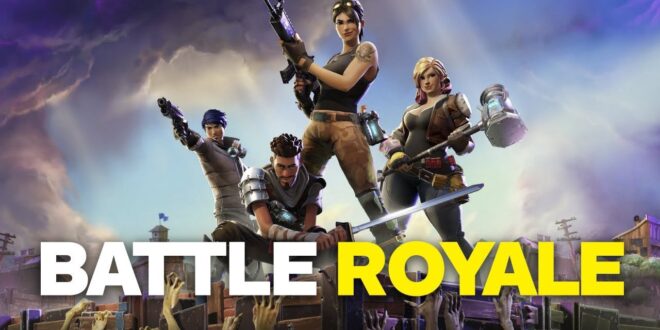 Classic missions in games have become the standard of gaming. However, over time, and especially during the pandemic – we had a reversal when the expansion of the Battle Royale games made a huge success in a very short time. Why are these so popular? We will try to seek the answer to this question.

Video games have advanced so much – that it is sometimes difficult to distinguish what is reality and what is simulation. It has long been acknowledged that these are mostly made for children. What a misconception! Today, we can more see older people playing – and getting annoyed like children, perhaps with even greater passion. Games banned for children under the age of eighteen have become more common – however, the popularity of such games in the consumers’ population is growing day by day.

Today, certainly, one of the most popular in this segment is the well-known Free Fire. However, with the popularity comes the copy-cat business. That’s why, today, we can find so many similar games for the PC – but obviously, neither one of them can compare the one distributed by Garena.

For those who don’t know what we’re talking about, Free Fire is an extremely popular Battle Royal game – and its adventures are pure enjoyment for a large community of mobile players all over the world. The main goal of this game (as in almost any other) – is to survive till the end, by making a strategy of defense and defeating your enemies.

This ultra-popular game was designed by PlayerUnknown’s Battlegrounds (PUBG). Its beta version was first opened in November 2017. We can say we are facing a relatively new game – that has soon become popular in most countries around the world. Today, on many forums, you can read the experiences of those who have played and followed this game since its inception. If you are one of them, then it is clear to you that this one has undergone huge changes in a relatively short period of time.

In addition to the imagination with individuals, weapons, tricks, and clothes – this amazing game also contains something special characteristic of the place of its creation. Namely, the game in its graphics shows the geography of Singapore – the country in which it originated. We remind you that this country is made up of sixty-three islands. For that reason, in the Free Fire game, we can clearly see that individuals jump from a plane with a parachute – and then land on some islands. Hence the reason why you will see the sea all around.

What Type Of Game Is It?

This game falls into the category of Battle Royale and it means that it involves a combination of action and adventure. However, there are other opinions that say that games like this can be classified as survival games. The reason for this opinion is the fact that the purpose of these is to eliminate all opponents and be the last survivors.

Some players even managed to create different tactics to eventually reach the end of the game and survive. Whether you will succeed in that depends on your strategy – as well as the gaming style of each player. There are players whose tactic is to create refuge – while waiting for opponents to eliminate each other, or attacking an opponent without being seen. Also, some players like war – and try to find their opponents to eliminate them.

Of course, as in any battle game, the one who is more skillful will win. However, according to pointofgamer.com, – you can hardly do it without impressive equipment such as a free fire diamond generator. These tools and equipment that you can find online will help you win here as well.

Where Is Free Fire Most Popular?

Since the game was produced and distributed by Garena – no wonder its popularity in Singapore. However, from there, the popularity spread globally. Today, which is logical – it is mostly played in East and Southeast Asia. Yet its mega popularity has been recorded around the world – even in Latin American countries such as Colombia or Venezuela. The game is also popular in Europe, where according to the data – it is most popular with players in Spain and Russia. When it comes to tournaments – they are already widely organized. Gamers are simply crazy about this game – so it is not surprising that they want to compete in one of the competitions that bring with them valuable prizes.

Are There Organized Tournaments?

Over the years, Free Fire has created various tournaments around the world. In this way, the Free Fire community motivates its players to be superior every day – and participates in such competitions, which can be very profitable. For example, the winner of the World Cup in Thailand 2019, Indonesia – took home a prize of $ 50,000. In Rio De Janeiro, the Brazilian award was as high as $ 200,000.

In addition to big competitions, you can take part in online fights – that can also give you some of the prizes or promo codes. However, to be able to use these benefits – you need to subscribe to their YouTube channel as well as the official page. From there, you will get all the important information – as well as new details about the game, competitions or prizes.

When we look at all the advantages of the Free Fire game – it is not surprising that its popularity has gained momentum in a short period of time. This game is not just a pastime, but makes you think, devise a strategy and fight for survival. When you look at a slightly bigger picture – that’s what you need in real life – and it’s all spiced up with good fun. If you haven’t tried this game before – maybe now is the right time to try it.

Previous 7 Reasons to Make VPN a Business and Household Commonplace – 2023 Guide
Next Can You Vape Kratom? Is It Safe?