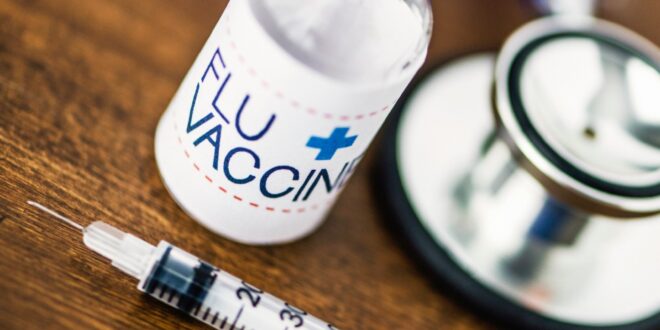 Influenza, or the common flu, is caused by a virus that most often affects our respiratory system. Most people recover quickly, but the flu can sometimes be so severe that it can put you in hospital for pneumonia or some other complications. Can the flu vaccine help you avoid this virus especially when you are in a workplace surrounded by people? What are the most important benefits of vaccination? We will try to reveal the answers to these questions.

Flu Is A Viral Disease

Flu or influenza is an acute respiratory disease. This disease is caused by influenza virus type A, B or C. The infection is transmitted by droplets, that is, by sneezing, coughing or speaking to the infected person or indirectly by touching the surfaces where the virus has settled and manage to survive. Flu season is most common expected during the winter – from December to April, although there are exceptions from that rule. At the same time – the season of catching a cold also begins. Therefore, the symptoms can usually overlap – and that often creates the doubt whether we have the flu or are just cold. So, how to make a difference when speaking of a simple cold and flu?

What Are The Characteristics Of A Cold?

Over 200 viruses can cause a cold. The most common causes of colds are the so-called Rhinoviruses, viruses that concentrate in the nose. When a person becomes infected with one of the cold viruses – the symptoms develop within 1-5 days. One of the first symptoms is a sore throat, nasal irritation – which is accompanied by sneezing and watery secretion from the nose which can develop in just a few hours. Over the next few days, nasal secretion becomes denser, which is a common symptom of cold, but not a reason to take antibiotics. The whole cycle of illness lasts about a week, followed by a feeling of exhaustion. A cough may develop over the next week. If the symptoms persist longer than that – there may be some complications.

What Are The Basic Characteristics Of The Flu?

A disease caused by the influenza virus has a typical flow, which is the appearance of a sudden high fever. Also, there are other symptoms such as facial flushing, body aches and a significant drop in body strength and energy. The body temperature usually lasts for a day or two, though it can take up to 5 days. Between the second and fourth day, symptoms that have engulfed the entire body are mostly recovered – but the virus is now concentrated in our respiratory tract.

Then cold-like manifestation occurs. The most common indications at this stage of the disease are dry and persistent cough, sore throat, sneezing, and nasal secretions. In some cases, a second high-temperature wave can also occur. All of these manifestations except for coughs – take 4-7 days, while coughing and exhaustion can take weeks. The symptoms are usually developing only a few days after infection.

Is Immunization Possible In Both Cases?

Another significant contrast between the cold and influenza is that vaccination can prevent this season’s flu virus, however, it can’t forestall the cold. This is justifiable because a group of nearly 200 viruses can cause the cold. Speaking of the influenza virus –  a few unique strains of the influenza virus usually cause the disease. Every year, after a careful assessment, scientists make an influenza immunization for sorts of infections they anticipated to show up in the coming season. Logical anticipation is for the most part exact, however now and then certain influenza strains happen for which scientists have not developed the vaccine – so immunization has been more or less successful in some years.

Why Is Vaccination So Important?

When you work in a collective, the chances are more likely for people to get sick. It can range from upper respiratory tract infections to viral illnesses such as the flu. Therefore, the importance of immunization and vaccination is very high. People in the collective most often get an upper respiratory tract infection, which is accompanied by sneezing, coughing, and sometimes fever. In these cases, medications for lowering the temperature, nasal cleansing solutions, fluid replacement solutions, etc. – are used. A probiotic that enhances intestinal immunity may also be taken. However, when a viral infection such as influenza occurs – then it is best to resort to vaccination, which can also be organized in your working place.

Immunization Within the Collective

When you work in a collective, the chances are more likely for people to get sick. It can range from upper respiratory tract infections to viral illnesses such as the flu. Therefore, the importance of immunization and vaccination is very high. The responsible employer will ensure that the health status of the collective is at a high level and will provide its employees with corporate care so that illnesses can be prevented on time. How can this be done – you can read more here.

People in the collective most often get an upper respiratory tract infection, which is accompanied by sneezing, coughing, and sometimes fever. In these cases, medications for lowering the temperature, nasal cleansing solutions, fluid replacement solutions, etc. – are used. A probiotic that enhances intestinal immunity may also be taken. However, when a viral infection such as the flu occurs – then it is best to resort to vaccination, which can also be organized in your workplace.

What Are The Benefits Of Vaccination?

The benefits of vaccination for the general health of the population are multifaceted. This is especially important when speaking about viruses such as influenza – that spreads quickly and easily. That is why vaccination has its many advantages, especially if you work in a collective where there are many people involved. Here are 5 basic benefits.

1. Vaccination Is An Effective Tool In The Fight Against Viral Diseases

In adult healthy vaccinated subjects, the vaccine’s efficacy after only one dose is 80-100%. However, the effectiveness of the vaccine also depends on the category of people receiving it, which includes their age, general health, etc.

According to many experts from the centers for disease control – the vaccine is the most effective way to prevent the flu. Most of us know the fact: It’s better to prevent it than to cure it. Therefore, vaccination makes sense, especially if you are working or moving among a large group of people where there is a greater chance that someone will become infected.

Even if you get the flu, your symptoms will be much less than those in people who have not been vaccinated. Given the different efficacy of the vaccine according to the categories in which it is applied – it may be noted that some may have some clinical symptoms of the disease, but certainly to a much lesser extent – thus almost insignificantly.

4. Lower Risk Of Hospitalization And Complications

Science has demonstrated virus immunization to lessen the danger of difficulties that can bring to a hospitalization. This is particularly valid for older individuals, pregnant ladies, kids or people with chronic illnesses, for example, diabetes, chronic lung diseases, and cardiovascular problems.

5. Protect People From Your Surroundings

When you are vaccinated against the flu, you also protect those who cannot receive the vaccine for some reason. This especially includes the youngest ones.

When Should We Receive The Vaccine?

Manufacturers usually start supplying healthcare facilities as early as August, and it is recommended that you get vaccinated as soon as possible. But a recent study has shown that the effects of the vaccine weaken over time, so if you want to be protected all season, you should not receive the vaccine so early. The best period for vaccination is in late October, which is before the virus starts circulating. But even though you don’t receive the vaccine by the end of October, it’s not too late! And later vaccinations will give you protection. 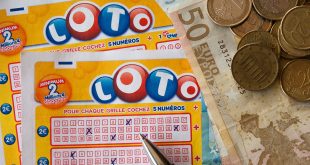 Why Starting a Lottery Business is Better than Winning the Lottery? 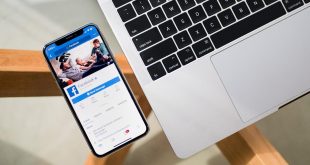 How to Grow your Facebook Business Page with Videos – In 2021 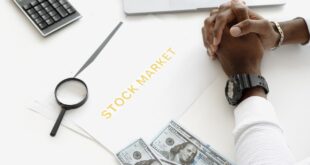