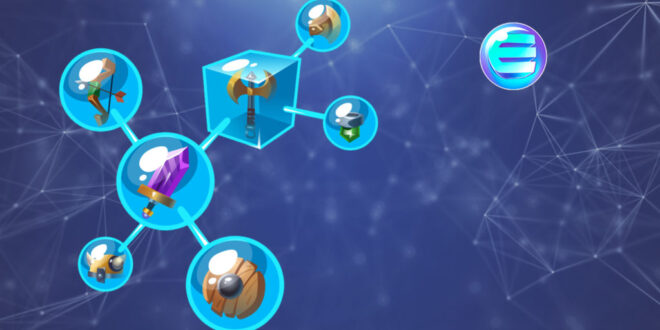 6 Best Gaming and eSports Cryptocurrencies in 2023

The development of cryptocurrencies has led them to start spreading in all fields. As gaming is very popular and there are a lot of in-game purchases that can be done, some have come up with an idea to bring the two together, making tokens and specific ways of buying in-game goods. Not only that, but some very popular games are being considered as sports, and labeled as eSports, allowing players to be a part of big tournaments, and others to bet on the outcome of matches. The introduction of cryptocurrencies into the gaming industry will make management and trading way easier. With so many on the market, it can be hard to pick, so stick around and check out the best ones for this year.

This one may have the biggest history of them all, taken into account that it was founded five years ago. It is one of the forks of well famous Bitcoin, and the primary idea was to be a game token that can be used in-game for different purchases and trading. As it has developed over the years and increased the blockchain it has reached a very important place in the cryptocurrency world. Although it has had some setbacks, this one has a very big potential since the developers are working on improving it all the time.

The idea behind this is very interesting, since if you want to invest in this one since it allows the buyers to take into possession so-called “territory” by using blockchains. On these territories that exist inside of the game the ones that have obtained, owners can use to develop apps. The coin that is being used in the game is called MANA, and the company that has made it has shown to have an impact on the market. The reason why players love this one is the freedom to create custom content. If it is to trust one’s trading and investing in the coins, this one is here to stay.

MGO or Mobile Go started three years ago, and so far has developed a very big empire. The goal was to support and introduce more people to eSports and online gaming. They have worked really hard to establish a very safe environment in order to protect the data and the funds of the ones that are trading with this currency, so they have a specific way of trading and having holds until it is safe to do the transaction. This coin is in the top one hundred on the market, which, taken all into consideration, is a pretty good place. Interestingly, the company does have a specific perk for the ones that have invested, and if they assist in creating and spreading the word about the events they will be rewarded in a specific manner. The company is searching for a way to spread the business and have announced the inclusion of computer and mobile gameplay investments.

If you are considering investing in cryptocurrencies, it is important to have a reliable source that will keep your data safe, and give you the best offer on the market. For More information about trading check out cryptoengine.

Wax currency has its place in the first one hundred on the coin market list, and due to this, it has been attractive to the buyers. Not only that, but it relies on the blockchain and it is used to trade in-game, so the ones in possession can obtain and pay for the goods in the games by using this currency which can be very convenient. People who are in the industry have recognized this cryptocurrency as the one with potential and they do believe it will reach a higher place on the market list and push through in the years to come.

This platform has huge potential due to the fact that it allows the users and developers to create their own in-game currency to be used in their own game, the currency has Ethereum coin as a base, and this one is pretty popular in the cryptocurrency world. When it comes to the tokens developers are creating, they can be used for any sort of in-game trading. In addition to this, via enjin platform, developers can make a program that will offer items to be used in games. The buyers can then reclaim the items, and they are being transferred onto them. The only negative side is that with the transfer of the item, there is a transfer of ownership as well. As much this is seen as a negative side, some are seeing it as a positive thing since it can facilitate the trade between peers. The platform does have a lot of potentials, and it is important to know that they do work on the security protocols in order to protect the data of all parties involved.

This project has made it to the list due to the fact that it has a very big potential since the coin is not on the representable place on the cryptocurrency market list. Nevertheless, the goal of it, as they stated, is to give the games back to the developers and people who actually play them. For now, the currency they made can be used in-game trading, with the possibility of obtaining a money price for the job done.

The gaming industry is being kept up to date and by doing so they do come up with better and more practical ways of in-game trading of assets. This led to the increase in the cryptocurrency used, but as well as in better safety protocols in order to protect the players and buyers. Trading of assets in games is an important thing for the players, and with the introduction of the cryptocurrencies into the whole process the trading is facilitated and made safer for the user which is very important. Hopefully, the industry will only rise and increase the value of the currency.