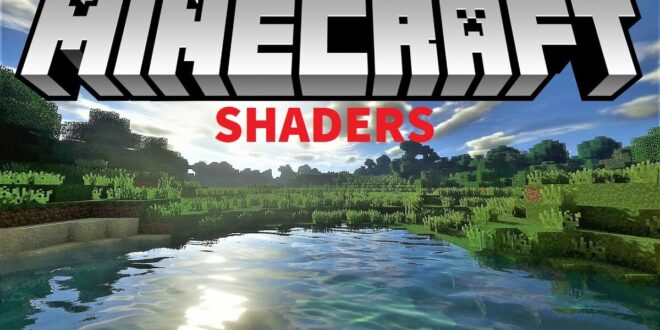 There is no doubt that you must have used numerous Minecraft shaders in the past without real success. This can only be as a result of one factor – poorly developed Shaderpacks. In case you don’t know, many underperforming shader packs are littering the internet. Some of them have been overhyped; thus, they can’t meet your needs in any way. It would be best to have the right shader packs that have created an indelible impression in the Minecraft community over the years.

Have you been searching for some of the best Minecraft shaders in 2021? Do you know that most Shaderpacks have been overhyped to get your attention? Unfortunately, this means they overpromise and underdeliver. There is no need to bother, though, as you have come to the right place. The major aim of this post is to reveal the best shaders you can use to transform your world.

Why should you read the details below?

When it comes to shaders, most Minecraft players don’t pay too much attention. They either feel complacent about trying out something new or don’t believe in the potentials of these mods. The truth is that without the right shaders in your world, experiencing the best of what Minecraft can offer is an unrealistic goal. This is because your graphics are always likely going to fall short in many ways. The bottom line is that you will be losing out on what this game can offer players. Having said all of these, it is high time we delved into the main details by revealing some of the best shader packs.

Additionally, most shaders online are free to access on player community websites such as MinecraftShader.

Sonic Ether’s Unbelievable Shaders has managed to attain legendary status in the world of Minecraft with some stunning effects. However, the truth about Minecraft’s original graphics is that they aren’t up to scratch. In other words, they have fallen short of expectations over the years. To ensure that such a problem is corrected, a powerful Shaderpack like SEUS has been created by Cody. This shader has been installed by thousands of players in the Minecraft community.

It has managed to revamp the game’s graphics and visuals to enable players to have an immersive experience. With the impact of Sonic Ether’s Unbelievable Shaders, you won’t have to worry about the game’s primitive graphics. This is because it enables you to get breathtaking graphics. For instance, you will notice the water is looking crystal clear. Also, the grass and trees will be responding to the wind. There are different light sources like sun, fire, lava, glowstone, torches, and others in vanilla Minecraft. The problem is that they will always appear the same. However, SEUS has managed to correct such.

When Chocapic13 shaders got released by Choca_13, many people in the Minecraft community never believed what it was capable of. They thought it was one of those regular shaders. However, it has managed to stand the test of time by racking almost 3million downloads. The best part is that it is even going to become more popular in 2021. With this shader pack, your world will be completely transformed from being ordinary into extraordinary. The first thing you will notice is that everything will appear crystal clear.

It is a lightweight shader. This means it can add some decent graphics into your world without demanding too much from your PC. Chocapic13 can ensure that your game is taken to another level entirely. Some of its features include wavy plants, bloom, volumetric clouds, dynamic daytime cycle, field depth, water refractions, caustics, reflections, and fog.

The lightning effects of this mod are really good and worth experiencing firsthand. For instance, you will notice its fog effects are perfect for rainy nights. It also gives you the rare chance of tweaking its features for optimum performance.

Sildur’s Shaders has managed to stand out over the years. The best part is that it will scale new heights in 2021. One of the most impressive features of this shader pack is that it offers players a very high level of flexibility. For instance, it has been developed to function on different operating systems. Most of the Shaderpacks you will come across have got numerous limitations that players have to deal with. Some require high-end PCs to perform optimally. With Sildur’s, you won’t have to bother about such things again.

This is because it will always have an option you can explore based on your operating system. Thanks to its different versions such as Extreme, High-MotionBlur, High, Medium, and Lite. Furthermore, this shader pack has managed to bring life to the game via some stunning effects. This is evident in how the waters are looking. They are just too beautiful to be ignored. One of the best parts about slider’s is how effects can be disabled and enabled at will. It is just the complete definition of a mod that can transform your gaming experience.

If you are tired of what vanilla Minecraft has got to offer your world regarding graphics, it is high time you started using a mod like this to shake things up. Everything will be revamped like sky, blocks, waters, clouds, grass, and more.

This is one of those timeless shaders that has managed to stand out amongst others. It is the reason why it has gotten over 10million downloads. The most amazing part is that players can’t seem to get enough of what it has got to offer at the moment. There is no doubting the fact that its developer, Capttatsu has done a very fine job. Whether you want to believe it or not, the truth remains that BSL shader pack will prove to be an upgrade of whatever you are using now. This is because it will take your world to another level in terms of impressive graphics.

Very few shaders have attained legendary status in the world of Minecraft. The good part is that BSL is one of them. You will notice that it comes with some really beautiful effects. The lighting is quite crisp and can ensure your world is transformed. Every good shader has its strength, and BSL is no exception. Despite the changes and features it brings, its FPS is around 60, which is quite decent in many ways.

Most of the shaders in the game Minecraft are a little bit broad in terms of their functionalities and features. That is to say; they always tend to address too many aspects of the game. Although this is not bad, you may not get the best of some areas in your world. Oceano Shaders is one tool that has been created to address this problem. Unfortunately, it tends to focus on just the ocean in Minecraft.

With this mod, you will be getting access to waters that look more realistic. Do you want the waters in your world to be upgraded in terms of appearance? For the first time, you will notice how your waters are looking very impressive. The brightening effects are quite inexpressible.

Very few mods have been able to leave an indelible impression on players like the Continuum shader pack. It turns your world into an unimaginable piece of beauty. For instance, you will notice the colors will appear very vibrant. Its effects are also very stunning. The lighting in your world will be looking very lively.

Even the grasses are not left behind as they will appear more real. Generally speaking, Continuum Shaders is known for its shadow and sunlight effects. Notice how the skies and clouds will be transformed after its installation. From all indications, there is every reason to believe that this shader pack is set for absolute dominance in the world of Minecraft in 2021.

In summary of the above, it can be seen that there are lots of top shaders who can change your world in 2021. All you have to do is identify your needs and choose the ideal shader pack that can address such options here. Your Minecraft adventure is about going to the next levels. 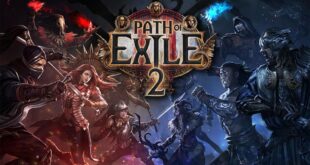 Is Path Of Exile Still Worth Playing In 2022 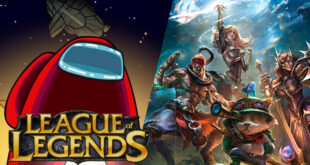 Interesting Things You Might Not Know Yet About League Of Legends 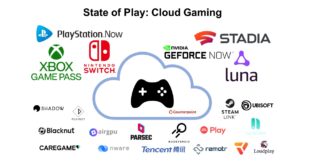 Is Cloud Gaming Set to Bring Browser-Based Gaming Back to the Front of the Industry?