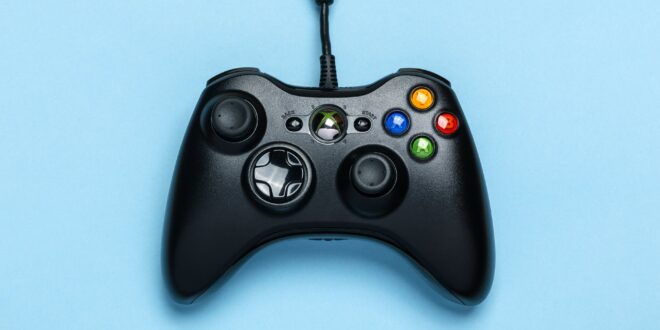 Since the mid-90s, when the first Play Station console was introduced, it became the main choice for many gamers. Following the needs of users and using the advancements in digital technology, we currently have the 4th version of this amazing console and thousands of various games.

The PS community is huge, especially when it comes to multiplayer games that we can play online. There are many genres also. However, some of the most popular that you can play on Play Station 4 is shooting games in FPS, TPS, RPG, and other modes.

The market is full of various shooting games, and it is not easy for a beginner to choose the right one to start with. In that matter, we are going to introduce you to some of the best shooting games for this console.

There is a huge fan base for the Star War franchise, and Battlefront 2 is another introduction of the Jedi world that you can play on your PS4. You can play this game in both single-player and online multiplayer modes. This Star Wars game is full of action, and it has solid graphics and engine.

Warframe is another action game, and it is free to play. The game is full of quests, and the main point is to build up your character with various accessories and skills. Besides fighting your opponents, there are various challenges and mini-quests through the game, which makes it so interesting in the first place. You can drive the space ship, or go fishing on many planets.  For full fishing guide, visit gamesmobilepc.com

Rage is like a combination of sci-fi and Mad Max, with a post-apocalyptic world where you are fighting monsters with modern weapons. Also, there are all sorts of vehicles that you can drive in this intense game. Rage 2 is a single-player game, and it became very popular since it got released in 2019.

Bioshock is one of the best FPS games ever on both PC and gaming consoles. The underwater world is full of amazing action where you can use various weapons and electroshocks. The Collection is available only in single-player mode, and it remains on top lists even if it was released four years ago.

In Borderlands, you are set in the futuristic world full of robots and sci-fi machinery. The main point of the game is to build up your character and resolve quests, kill monsters and other opponents. There is also an online multiplayer mode where you can roam through this amazing open world with your friends and complete various missions together.

Modern Warfare for PS4 is the latest version of the Call of Duty world, which is one of the best FPS games for a long time, especially since the release of Modern Warfare 1 for PC in 2007. The PS4 version is best for multiplayer mode, where you can fight against each other in two squads of 10 people. The mobile version is also very popular.

DOOM is a legendary action game that is brutal and entertaining. The high intensity of this game is placing her on the mere top of FPS games for any console and PC. The PS4 version is available in single-player mode and online multiplayer with a maximum of 12 people. Also, the main advantage of this game is its combination of amusement, gameplay, and an amazing story. There is also a DOOM Eternal version, which represents even more intense mode, and according to many reviews, most gamers consider Eternal as the current best FPS on the market.

Many see VR as the future of gaming. Superhot is one of the first FPS games that implemented this technology in its gameplay. Playing Superhot is a completely new experience, and while it doesn’t have quality graphics, it is highly entertaining. The best feature is that you can slow downtime, and it is funny for someone while watching you dodging bullets while moving around your room with the VR equipment.

If you prefer online multiplayer games, where the main focus has to be on the killing spree, then you should not skip Overwatch from Bllizard, as one of the most popular FPS games for PS4. This game represents a unique type of MOBA like Dota or LoL, but here you are playing in FPS mode in two teams of 6 people. Besides the amazing gameplay and intensity, it also has a pretty respectable graphics and engine.

This sequel of Wolfenstein will especially be interesting for older gamers because they could enjoy in series of this franchise since the 80s. The New Colossus is another version of a Nazi world where you are fighting soldiers and monsters in occupied America. If you are a fan of the Wolrd War 2 theme games, you must try this one.

Battlefield 5 is another game placed in World War 2, and it is available in both single-player and multiplayer mode. The online multiplayer is especially interesting because there is a maximum of 64 players. The Electronic Arts did a good job with this title, and there is a great base of players online. This game has been able to fully enable and bring us World War 2 from a corner where we can use the same weapons and tools from that period.

Far Cry is one of the best stories ever when it comes to shooting games. The gameplay in this game is amazing, along with the high graphics and wide possibilities than just shooting around. Far Cry is a complex game full of various missions. Also, you can drive a car or a plane during your missions through the huge map. Moreover, it is also available in online mode for 2 players. There are also additional extensions for Far Cry 5, such as Lost on Mars, Dead Living Zombies, and Hours of Darkness. These modes can completely change the environment, experience, and story.

Previous Fall in Love with Cooking: Smart Kitchen Appliances You’d Appreciate
Next 5 Steps To Take To Protect Your Rights After A Car Accident