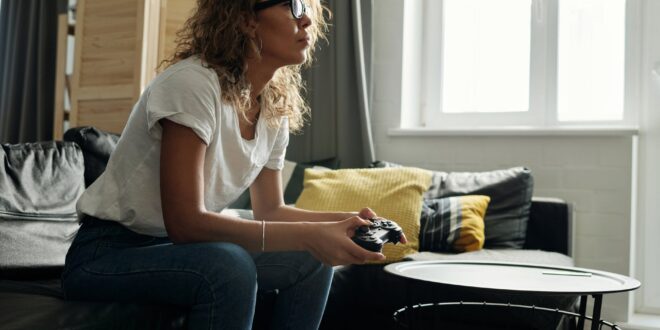 Here are the Best-selling games During Coronavirus Outbreak

As expected, the COVID-19 outbreak had a huge impact on the gaming industry. Many annual events were canceled, many long-anticipated gaming titles were delayed, while game development studios had to adjust their work schedule and start working from home. But alongside these negatives, there were a few positives too. For example, Twitch and YouTube Gaming viewership numbers increased by a solid margin, while game stores across the world started reporting insane sale numbers that revealed an interesting trend – people started to clean up their gaming wishlists and bought an unusual amount of old games.

This trend was noticeable across the whole gaming industry, but the clearest picture was painted by gaming marketplaces where old games are being bought and sold daily. Eneba is one of those places. According to a recent report, during the coronavirus outbreak, Eneba sold 40% more games than usual. A huge portion of these games were at least one-year-old titles. While there were some fresh games popping up on the store’s Top Sellers list, the majority of games sold during this period of time were surprising.
While these numbers are constantly changing and swapping places, we listed these games in no particular order.

It shouldn’t be surprising that Minecraft made it to the top seller’s list during the quarantine. It’s a beloved survival game that recently received a huge graphics update that supports ray-tracing. While the update most certainly helped to boost player numbers (in May, Mojang announced that the game surpassed 200 million copies sold), players had another reason to return. In June, the game also received a huge Nether Update which expanded Nether, added some fresh endgame content including a new material called Netherite, new enemies, and more. It was truly the best time to be a Minecraft fan and a great way to hook up some new players.

This is one of the rare new games that managed to burst into the market at the right time. The game was released in all regions on March 20th, a few days before the outbreak. After just six weeks, Nintendo reported that Animal Crossing: New Horizons sold over 13 million units, making it the best-selling Animal Crossing series game to date. And that’s just the early numbers. We can safely assume that a lot more players joined the community at a later date. Charming graphics and easy-going social simulation gameplay attracted many players who were looking for ways to escape reality.

The big daddy of games wasn’t forgotten during the quarantine. Eneba reports that GTA V sales numbers drastically increased at the start of the quarantine while sometime later the numbers fell off a bit. This is easily explainable by the fact that Epic Games Store did a promotion giving away free copies of the game. However, everything returned to normal after a couple of weeks, proving that no matter what, there will always be players who can’t live without the Grand Theft Auto series.

MMORPG games are the ones that consume insane amounts of time and the best time to play them was during the coronavirus outbreak. The most popular MMORPG game World of Warcraft has seen a huge surge of players logging in during this period. Eneba reports that during the quarantine there was a significant increase in demand for World of Warcraft game time cards as well as the latest game expansion called Battle for Azeroth. If the current situation in the world persists, we might even guesstimate that the upcoming World of Warcraft expansion Shadowlands might break series sales records.

Back in January, the developers from Rare reported that Sea of Thieves became the most successful new IP from Xbox this generation. However, it was prior to the game’s release on the most popular PC gaming platform Steam. According to the most recent numbers, there are currently 15 million players who bought this game with 3.3 million active Steam players. While the game was officially released back in 2016, quarantine helped to boost its profile, making Sea of Thieves one of the most popular titles to play with your friends during this period.

The trend of exploration games being the most popular ones during the coronavirus outbreak continues. No Man’s Sky is yet another old title that has seen a huge influx of players in recent months. Fun fact – this is the only space-themed game on this top sellers list, meaning that it’s the most attractive one for players who never played it before. The most recent update brought full cross-platform play, making it the best option if your friends have different gaming platforms. If the quarantine persists we can assume that player numbers will continue to grow since Hello Games recently announced a new game update, which brings some horror themes allowing players to explore abandoned space freighters.

Battle royale games are as popular as ever and the game that started this trend grew significantly over the course of a few recent months. In May, the game launched a new competitive season bringing a lot of old and new players to the game. It also added an option to play with bots and made the game more accessible to newbies. Last month PUBG Corporation reported that it already sold more than 70 million copies of PlayerUnknwon’s Battlegrounds across multiple platforms, making it one of the most successful shooter games of all time.

Even though Call of Duty: Modern Warfare’s content release schedule was postponed during the outbreak, the game managed to attract a lot of new players. If we have to guess why that is, we can point to the fact that a free version of the game Warzone was very popular during this period and managed to keep its player numbers at an all-time high. Naturally, most of these players wanted to try out the full game and bought it with special promotional discounts Eneba is known for. On the other hand, during this period of time Call of Duty saw no serious competition from other shooter franchises since a bunch of new stuff was delayed.

Escape from Tarkov’s showing on top seller charts wasn’t an accident. We can hardly tie this game’s popularity to quarantine since the majority of new players came right after the game exploded on Twitch. While Escape from Tarkov is still in the Early Access stage (it’s been there for 3 years now), it still boasts a huge community of shooter fans who would do anything to get a loot drop from Twitch.

We began our list with one Minecraft game and will end it with another. Minecraft Dungeons made this list for the same reasons Animal Crossing: New Horizons managed to become the biggest launch in the series history – great timing. Minecraft’s action RPG spin-off released on May 26th, right around the time when players got tired of Animal Crossing: New Horizons. Minecraft’s brand also helped this game a lot, but the most important factor was its price. It was (and still is) cheaper than any other new releases, while the developers of the game are already teasing new DLC content. If everything goes according to plan, Minecraft Dungeons might keep its momentum for a while.