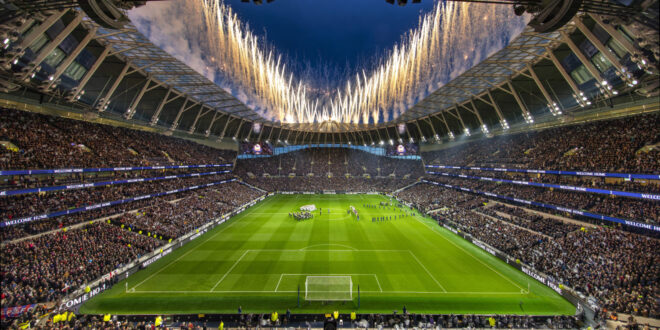 The Best Soccer Games of All Time

Soccer is arguably the most popular global sport and has been for most of the past century. There are countless reasons why fans worldwide love the game, often with a passion unrivaled anywhere else. Each time the World Cup rolls around, for example, we see hundreds of thousands of supporters descend on the hosting country. Even on a local level, weekly league fixtures across the globe are watched live by millions of passionate fans. You may have heard the phrase; “football crazy, football mad” before, and it’s absolutely true!

But watching soccer isn’t the only way to immerse oneself in the beautiful game. Aside from playing in local sports teams or even casually at the park, millions of us love playing soccer games like FIFA or soccer Manager. While they have been around since the late 80s, 21st-century soccer video games are a cut above what came before. Nowadays, these titles are some of the most played games globally, especially with popular online multiplayer features like FIFA’s Ultimate Team. It got us thinking, what are the best soccer games of all time? Read on for an exploration!

A Brief History of Soccer Games

The evolution of soccer games is a surprisingly accurate way to track technological progress over the last few decades. Few other video game genres stretch back as far or have such a noticeable amount of yearly progress with each release. To put it in perspective, the inaugural FIFA ‘94 (also known as FIFA International Soccer) didn’t even have 3D graphics. Yet, FIFA 2001 rendered players in 3D and even included detailed faces only six years later.

But here’s the thing: FIFA ‘94 wasn’t even the first soccer game to exist. In fact, the history of soccer computer games stretches all the way back to 1979, with NASL Soccer by Intellivision. This incredibly rudimentary soccer simulator paved the way for an influx of other attempts in the 1980s, with notable titles like Pele’s Soccer and Kick-Off. These were available on early computers and consoles like the Atari 800XL, Commodore 64, or Sega Megadrive, which went a long way in defining the foundations of the modern gaming industry. As you can read from OutsideWrite’s history of soccer computer games, EA’s FIFA and PES by Konami (now known as eFootball) gradually became the two main yearly titles in the industry. These upped the ante considerably, consistently breaking the mold regarding graphics, playability, and selection of teams.

A Selection of the Best Soccer Games of All Time

That’s a quick history of soccer video games out of the way, so now our attention turns to the best examples from the genre over the years. These days EA’s FIFA series arguably rules the roost, but there have been plenty of other widely adored titles from over the years. Here is a selection of the best soccer games of all time:

Other Ways To Immerse Yourself in Soccer Joy

There are far more ways to taste the joyful wonders of soccer than just playing video games, so don’t let yourself be confined only to this. The healthiest and most straightforward way is to have a kickabout with a few friends, although not everybody can do this. Alternatively, placing bets on soccer matches is a fantastic way to immerse yourself in the sport. Online sports betting is a far more practical option than heading to traditional betting shops and punters may also enjoy substantially better bonus offers. However, it’s crucial you place bets on the best sites, so platforms like SBO.net are your best bet. The sites here are reviewed and ranked by betting experts along with player reviews, all of which are licensed and secured to play at. Fantasy leagues are also a great way to compete with friends during real-life soccer matches if you fancy the excitement of sports betting without the financial risk. They are even more enjoyable when played over a season, as you get all the twists and turns of a real-life soccer league table!