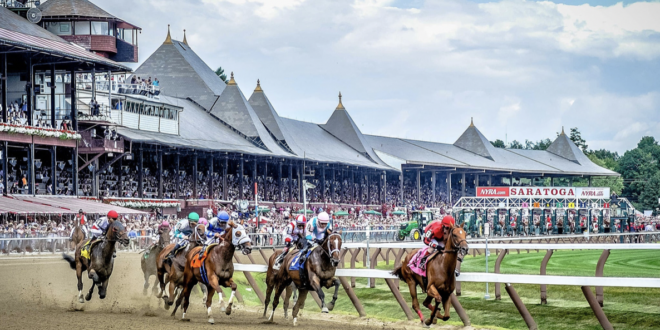 What Is The Biggest Annual Race At Saratoga?

Saratoga, the racetrack located in Saratoga Springs, NY, is one of the most historic sports venues in the United States.

It is one of the oldest American racetracks still in operation, and its summer racing meet is one of the most prestigious in the world; the talent, pageantry, and high society ambiance make it akin to a United States version of the Royal Ascot meet.

There are top-class races in every division at the Saratoga meet. There are Grade I races (the most difficult and valuable rank of races in America) for sprinters, milers, and routers on both dirt and turf.

The best two-year-olds in the country often get their first taste of real competition at “The Spa,” as Saratoga is sometimes referred to. You can consult the entire season schedule at TwinSpires.com.

However, there is one race that stands out at Saratoga, in terms of both prestige and history: the Grade I Runhappy Travers Stakes.

History of the Travers Stakes

William R. Travers was the first president of Saratoga Racecourse, which was built to provide entertainment to the upper crust of New York society, as well as a welcome distraction from the violence of the American Civil War. The location was selected for its proximity to Saratoga Springs, which was believed by many to have healing properties.

A race was named in Travers’s honor, to be held during the second annual Saratoga meet. The Travers Stakes was inaugurated in 1864, meaning that it is older than any of the Triple Crown races. In fact, it is the oldest US-based race restricted to three-year-olds. The first running was won by the highly acclaimed colt Kentucky, fittingly owned by Mr. Travers himself.

Notable Runnings of the Travers Stakes

The first horse to compete in both the Travers Stakes and a Triple Crown race was the filly Ruthless, who won the first edition of the Belmont Stakes in 1867. At the time, both races were run at longer distances than they are today: the first Belmont Stakes was 1 ⅝ mile, a furlong further than its present distance of 1 ½ mile, and the first Travers Stakes was 1 ¾ mile, a full half mile longer than the 1 ¼ miles it is today.

The first horse to win both the Travers Stakes and the Preakness Stakes was Duke of Magenta in 1878, who was widely regarded as one of the best racehorses of his time. In addition to the Preakness and Travers, Duke of Magenta took the Belmont Stakes, the Withers Stakes, and the Dixie Stakes among other important races. It wasn’t until 1892 that a Kentucky Derby winner, Azra, took the Travers; his other key victories included the Champagne Stakes and the Clark Handicap.

One of the most thrilling races of all time was the 1962 Travers, in which the year’s leading three-year-olds, Jaipur and Ridan, leaped to the lead immediately after the break and ran neck-and-neck for the entire 1 ¼ mile race. In the end, Jaipur was declared the winner by the barest nose, but both colts were heralded for their display of prowess and courage.

The remaining two Triple Crown winners to attempt the Travers helped Saratoga get the nickname “The Graveyard of Champions.” In 1930, Gallant Fox used up his energy battling second choice Which one and both were blindsided by a rush from 100-1 shot Jim Dandy. More recently, 2015 Triple Crown winner American Pharoah fell victim to fatigue from a tough campaign and finished second to Keen Ice.

The likely morning-line favorite for this year’s Travers is Epicenter, based primarily on his victory in Grade II Jim Dandy Stakes. A dominant winner of the Louisiana-based Kentucky Derby preps this spring, Epicenter’s reputation suffered briefly with second-place finishes in both the Derby and the Preakness. The son of Not This Time looks to firmly re-establish himself as the leader of the three-year-old crop.

Cyberknife was all-out to defeat Taiba in the Grade I Haskell Stakes, which he completed in record time. With Taiba out of the Travers picture due to trainer Bob Baffert’s ban from NYRA tracks, Cyberknife has an opportunity to disprove his reputation of inconsistency. Cyberknife’s sire, Gun Runner, finished third in the 2016 Travers, and his damsire, Flower Alley, won the race in 2005.

Likely the most well-known Travers contender is Rich Strike, the 81-1 upset Derby winner. The son of aforementioned Travers winner Keen Ice is looking to prove that the Derby result was not a fluke, particularly after he failed to fire in the Belmont Stakes. Trainer Eric Reed did not enter Rich Strike in any Travers prep races, choosing instead to train his horse up to the race. He is optimistic about his colt’s chances, saying that his workouts have been comparable to those he had coming up to the Derby.

Previous What is Software Consultancy, and How Does it Work?
Next How To Create A Social Media Report – 2023 Beginner’s Guide 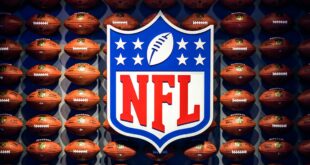