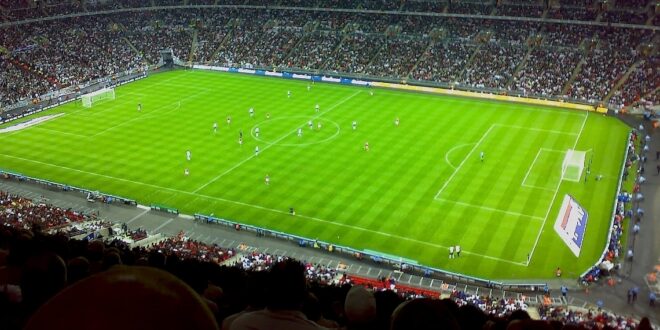 The Biggest Rivalries in Football Today

Given that football is the greatest sport on earth, it is little wonder that it inflames passions both on and off the field of play. From a player’s perspective, there is undoubtedly nothing better than scoring the winning goal against your biggest rivals. Fans can be even more invested in football rivalries, which often leads to behavior that oversteps the mark.

With leading news websites such as FootballToday often reveling in the fallout from rivalries, we take a closer look at some of the biggest football conflicts in the world.

These two Scottish Premiership giants have a long history of bitterness, much of which has its roots in politics and religion.

The acrimony has become even more unpleasant in recent years, with many Celtic fans arguing that the ‘Old Firm’ died when Rangers were liquidated in 2012 due to financial issues.

Celtic have pushed an agenda of ‘we’re not half of anything on social media in recent years, throwing further fuel on the fire.

With some Rangers fans currently reveling in the sex abuse allegations lodged against Celtic, this rivalry seemingly has no depths to which it refuses to plunge.

Despite having other big clubs on their doorstep, Man Utd and Liverpool have forged a rivalry that transcends the boundaries of football.

The hostility between the two clubs dates back to the construction of the Manchester Ship Canal, which was built to circumvent Liverpool’s control over trade.

The resentment inevitably spilled over into the sporting arena, with both sets of fans guilty of pushing things too far with objectionable behavior.

Things have not improved in the modern era, with the antics of each club’s global fanbase on digital platforms leaving a lot to be desired.

For many fans, El Clasico is THE biggest rivalry in football – Spanish nationalism (Madrid) going head-to-head with Catalan independence (Barcelona).

Madrid is widely viewed as the ‘establishment club’ – an ethos that flies on the face of the more free-spirited nature of the Catalan region.

The rivalry intensified during the 1950s when the clubs disputed the signing of Alfredo Di Stefano, with the Argentinian eventually becoming a Madrid legend.

Hooliganism did not help matters during the 1980s and the angst between the two clubs remains as bitter today as it has always been.

In a country renowned for the passionate nature of its natives, it is no surprise that French football has more than its fair share of rivalries.

Geographical proximity is a key factor in the Derby du Nord, with just 25 miles separating the two Ligue 1 clubs.

The rivalry is underpinned by social and economic differences – Lille is modern and middle-class, while Lens is a working-class industrial city.

The resentment between the two clubs was plain to see in September 2023, when riot police were required to restore order after clashes between fans when the teams met in Lens.

This is another rivalry that has its roots in societal differences, with Milan supported by working-class people while Inter is the club for wealthier types.

Politics has also played a part in the Milan derby in the past, although the two sets of supporters now seem to be able to co-exist alongside each other.

However, it is often a different story on the field, with Milan derby games generally fiercely fought between the respective players on each side.

With both clubs now challenging towards the top end of Serie A after Juventus’ dominance was ended, this rivalry could heat up significantly over the next few years.

Two clubs share a city that has historically dominated football in Turkey. It is not understating things to say these Istanbul rivals hate each other.

The local police are always on high alert for the Intercontinental Derby, while match officials are generally overworked on the pitch.

The event that perfectly encapsulates this rivalry occurred during the 1995/96 season when Graeme Souness caused mayhem by planting a Galatasaray flag in Fenerbahce’s center circle.

The symbolism of raising a flag on ‘enemy territory’ has its roots in the Siege of Constantinople in 1453, and Souness is still viewed as a hero by Galatasaray fans.

The Superclasico rivalry in Argentina between Buenos Aires clubs Boca Juniors and River Plate is one of the ugliest in world football.

The Observer newspaper said ‘derby day in Buenos Aires makes the Old Firm game look like a primary school kickabout’, and their view has plenty of merits.

Superclasico is another class-related spat – Boca is the club for the working class, while River Plate represents the aristocracy.

With fans not averse to throwing dead pigs at each other in the stands, this iconic Argentinian rivalry is not for the faint-hearted.

Just 12 miles separate these two founder members of the Football League and their rivalry puts many others on this list in the shade.

The way that fans on the respective sides of the divide describe their rivals is certainly not suitable to be published on a respectable website.

With police required to undertake military-style operations to escort coach convoys to and from the stadiums when the teams play, the bitterness of this Lancashire rivalry should not be underestimated.

Former Manchester United star Mark Hughes described the clash as ‘mad’ when he managed Rovers and he knows his stuff where rivalries are concerned.

Both these clubs were formed in the aftermath of the Second World War, which immediately brought politics into play.

Their rivalry reflected the power struggle in Yugoslavia, and this intensified after the bitter break-up of the country in 1992.

Meetings between the two sides are often marred by violence outside the stadium, while things are rarely quiet in the stands during the game.

With no love lost between the two sets of players, the Eternal Derby has all the ingredients needed to be classed as one of the biggest rivalries in football.