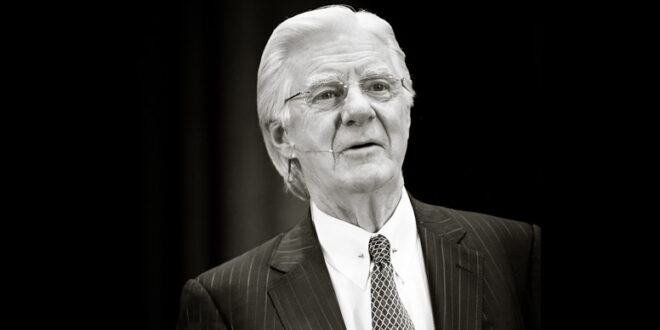 Motivational speakers have been there for the longest time, even before they used social media and other platforms on the internet to make their messages known. You have most likely encountered a book, have a podcast recommended to you, or even attended a conference where your favorite motivational speaker was coming. One of the motivational speakers that rose to stardom would be Bob Proctor, who is currently worth $20 million.

Why AreMotivational Speakers  So Popular?

Life has become more challenging. The more complex technology and other utilities get, the more complex the problems life throws at us becomes. Today, it is way more complicated than it was before to make a simple decision, make a friend, succeed at your career of choice, or even go through school. Motivation speakers seem to have the answers to today’s most complicated issues, which is why they are quickly gaining traction with their online audiences. Self-help writers, bloggers, and speakers are earning millions more than big Hollywood stars.

American Motivational speaker Bob Proctor has motivated and pushed many towards success withhis seemingly effective coaching methodology. He is the author of multiple motivation best-sellers and is excellent at motivating people through speeches. He also got featured in the movie ‘The Secret’ which is all about the ‘Law of Attraction.’

The world of motivational speaking is crowded with many competent and well-learned speakers, but Bob seems to have cut out a niche for himself. What makes Bob stand out from many in his area is how he struggled to get where he is currently. Visit Traffic Tsunami for a review of some of Bob’s works.

For Bob Proctor, the journey to success has not been that simple, and it could explain why he has given his life to teaching people how to unlock their full potential. Bob was born in Ontario, Canada, in 1934. Bob was a high school dropout who started making ends meet by working low-paying jobs that gave him a few thousand dollars annually. He was 26 when he read the book Think and Grow Rich by Napoleon Hill, and his life took a turning point. The book was instrumental in teaching thousands of people how to become a success in life.

He started a company that offered cleaning services to corporates and went from a few thousand dollars per year to $175,000. His business grew to large cities, including Toronto, Cleveland, London, and Atlanta. He also took up a job working for Earl Nightingale, an author, and personal development coach.

After working with Earl for a while, he was able to rise through the hierarchy. Within a short time, he had a high-ranking position within the company. However, he got a yearning to start teaching and sharing his ideas around success and human potential. He began by holding motivational seminars across Canada and the United States. This step was the launching pad for his Empire, which grew steadily from there. Bob holds the distinction of being one of the world’s first experts on wealth creation. If you look at the material he has, you will get a lot of information. It will teach you to unlock your potential and grow in all aspects of your life.

What you will especially love is his ability to inspire confidence and hope in his audiences.  Many of them move on to achieve great heights due to his teachings.

Bob Proctor went on to launch a network of 19 companies that offered a series of services in personal development. He covered areas such as personal coaching, seminars, and book publishing. As the CEO of Life Success, Bob quickly became famous. He has famous names like Larry King and Ellen DeGeneres as part of his clientele.

The Laws of Attraction

You will find a lot of information around the Laws of Attraction if you follow what Bob Proctor teaches. To date, he continues to impart valuable knowledge on how to use the law to realize your potential. The basis of his teaching starts with your ability to feel and visualize what you want in life. Once you can do this, you will attract whatever it is that you aspire to be. Many successful people only knew that they would be successful without necessarily knowing how they would do it. Not understanding the laws of attraction is no reason to reject it. It is always in motion, and you will always attract the ‘right way.’ You will find quite a bit of reference to the law from his teachings right from the 70s.

Bob is also a great believer in switching off negativity so that you attract positive thoughts. Once you start to feel good about yourself and the things around you, you will attract the same kind of energy.

The world of self-help has been a relief to many people, and Bob Proctor’s books have been instrumental in getting him to his net worth. Titles like it’s not about the Money, Be a Magnet to Money, and the Mission in Commission has been the go-to for many people seeking success.

Bob Proctor uses both digital platforms and seminars to spread the word about financial freedom and motivate people all over the world.

Bob Proctor met Sandy Gallagher at one of his seminars. He had such a massive impact on her life that she partnered with him to set up the Proctor Gallagher Institute. The duo hopes to improve people’s lives on a global level by teaching individuals how to elevate their thought processes. They believe that you can use the power of your mind to create That Dream life you crave. They have some popular programs you can try out, such as the Science of Getting Rich and The Six Minutes to Success.

You will also find some fantastic content from the Institute on YouTube. They also have DVDs on different topics, webinars, and live-chat, among others. Over 260,000 subscribers can attest to the popularity of what Bob Proctor has to offer.

Previous Is Gambling with Bitcoin Legal in the US – 2023 Guide
Next Does Being in Quarantine Increase Sexual desire?