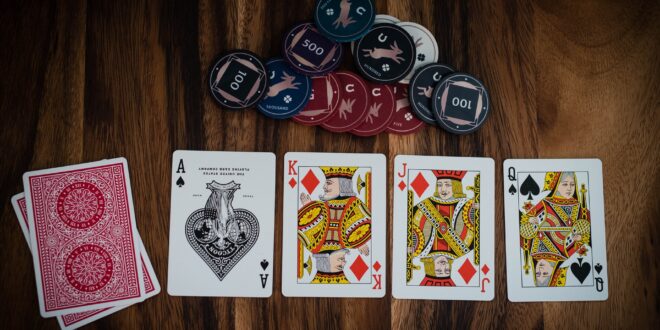 When Lady Luck leaves the room, superstitions take her place. Gamblers are notorious for the luck rituals that bring them a sense of control, security, and, of course, luck. Bad beats are normal in the game of luck, but bad streaks are very unsettling to players. In an attempt to find an explanation, gamblers re-trace their steps trying to find something that’s going to clarify the losing streaks. More often than not, these come down to superstitious beliefs and convictions that quickly become daily routines.

Gamblers have been accused to suffer from short-term memory loss and ridiculed on so many occasions by the critics for purposely ignoring the times when their rituals let them down filtering only the good hands, or a roll of dice. The truth is, everyone is free to believe whatever they like to. However, some beliefs are borderline obsessive, while some can actually make sense. Let’s tackle each one.

In many cultures, red color is associated with good fortune and happiness, so it makes perfect sense that many gamblers wear at least something red when going into the casino. You’ll see many men wearing red ties, or shirts, and women in red dresses. Even the casinos themselves went along with this one, putting in red carpets, curtains, and wall pictures to bring in some good luck for their customers.

Not a very hygienic way to draw in some luck, but one that is used all over the land-based casinos. If you can find a beautiful lady to do it instead of you, even better! Blowing the dice for good luck is an old trick that is still believed to bring good fortune. Naturally, the effectiveness was refuted numerous times, but most players still practice this ritual every time.

Like in everything else, in gambling number 13 is considered the unluckiest number on the board or the wheel. The belief has a historic pretense and goes back a thousand years. Unwavered by the facts, no gambler will ever bet on the number 13. Eastern cultures, like Chinese, have the same beliefs with a different number – 4. In any case, it’s an unfounded superstition that is deeply embedded in every player’s mind.

Lending money to other people

Lending money is bad luck, period. But lending money to your fellow gambler is looked as tempting your faith. You’re never getting that money back, but giving it away, players think, is just going to kick some more cash out of your pockets. There is some logic behind it when you think of it. Lending money to a gambler is bad luck and bad judgment.

Crossing your legs, regardless of being a guy or a lady, is considered to chase away good luck that would otherwise come your way. By crossing legs, you’re “crossing” or obstructing good fortune and push it away. Not a lot of common sense involved, but you won’t see gamblers crossing their legs. You can cross your fingers, though.

Don’t use the main entrance

Bad luck is contagious! This belief of not going into the casino by entering through the main entrance comes from the belief that people leaving the casino probably lost their money and their bad luck is going to brush off of you. Is it true? Try it if you want to test your luck. Big players do not use the main entrance to this day, just in case.

Counting your money while still at the playing table, that is. When a person wins big the natural instinct would be to jump to the ceiling, showering in winning chips i.e. money. However, the belief goes that pride comes before the fall, which proved to be the truth several times in history and had nothing to do with gambling. You can shower in money at home jumping on your bed, and stay cool in public. Show some empathy for your fellow players that were not that lucky this time.

In the old days of Sin city, life was the cheapest commodity. Mobsters used to bury all their problems deep into the desert, quickly and efficiently. Before laying the unlucky guy to rest in an unmarked grave, they used to put $50 in his pocket. How and when this came about no one really knows, but to this day gamblers won’t accept payouts in these banknotes. Two coins for the ferryman? Possibly.

No whistling at the tables

Not only that you’re going to disturb other players by whistling at the game table, but it’s believed that it brings bad luck. The root of this comes from the sailors centuries ago. Whistling sometimes sounds like a strong wind or a storm, so calling upon bad weather meant bad luck for everyone on board. This is how whistling became disgraced among gamblers. Many players don’t ever whistle, not just at the casino, just to be on the safe side.

Standing at the slots

This one has no stand in reality. Here’s why. Some players think that slot machines can “see”, or “feel” when the player becomes too relaxed, and in order to keep their focus, the slot starts eating up their money. If the player is alert the whole time while playing slots, the machine will reward his or her “respect” and make bigger payouts. Some gamblers take this belief on another level by standing the whole night, no matter what game they’re playing. If you want to keep some money in the pocket wear shoes one size too small – comfy ones can cost you dearly. Luckily, with online slots you can play slouched on your sofa, so check out some great ones in this article.

This can be just about anything – horseshoe, clover, rabbit’s foot, or lucky garments (red, if possible, to enhance your chances!). Some players obsessively stack their chips perfectly, cross their fingers, or wear some personal lucky items.

Others, however, have different lucky charms – living, breathing human being preferably in the shape of the attractive woman. Whatever rolls your dice!

Previous Sculpsure vs. Coolsculpting
Next 6 Top Solar Batteries for Commecial Use