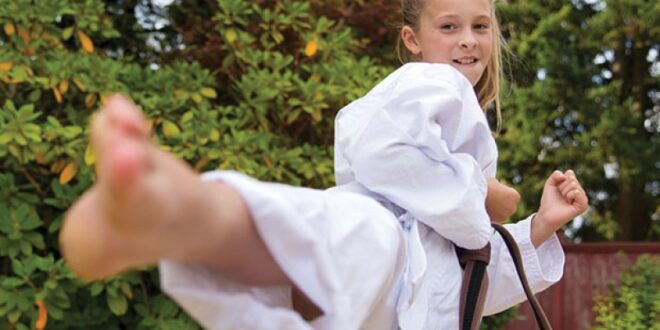 How to Choose the Right Martial Art for Your Child 2022

Parenting is full of difficult decisions, and one of the most confusing decisions can be choosing the right martial arts program for your child.  It can be a tough choice as there are endless amounts of schools out there all trying to get your attention, all of them declaring that their martial arts style is the best for your child!

Which martial art is best for a child?

At the beginning of every freestyle martial arts class, eight-year-old Caleb sits completely still for two solid minutes. “He doesn’t even fidget,” says his mom, Stacey Smith. Caleb is a hyperactive kid who often has trouble focusing, so being able to concentrate for that long is a huge achievement, says Mrs Smith. She says that enrolling him in martial arts at age four was a huge turning point, adding “It has absolutely improved his focus”.

Increased concentration is just one of the positive results that can come out of putting your kid in martial arts classes. They are great exercise, and a good martial arts school puts special emphasis on respect, kindness, honesty, self-discipline and self-confidence. But with so many types of martial arts available, how do you choose the best one for your child?

Each kind of martial arts has different origins, styles, and techniques. For example, karate has a strong focus on striking with punches, kicks or knee strikes; taekwondo has an emphasis on kicking; while jiu-jitsu and judo are grappling sports. To complicate matters, many modern and progressive school incorporate more than one martial art into their classes.

But far more important than which type of martial you select is the school’s philosophy and teaching style, says Master Zak Jovanov of Premier Martial Arts and Fitness Academy in Perth, Western Australia. He recommends asking schools about their approach rather than focusing too much on, say, karate versus taekwondo.

“A good martial arts school is a place where kids are happy, learn to love themselves and feel like they can come at any situation and not be fearful,” says Carly Walsh, a Perth mother of two. She grew up with a karate instructor for a dad and spent a large portion of her childhood training in a karate school—a style she did not want for her own children. “The instructors were very old-school with a very traditional form of discipline that ground you down,” she recalls. For her kids, she picked a modern, progressive school that blends a few different martial arts, like taekwondo, kick-boxing and grappling, and where the lessons are taught in a more positive style, focusing on self-development and confidence while still learning effective martial arts skills.

Before committing to a martial arts school, Master Jovanov suggests getting your child to try some trial classes to make sure they enjoy the training and click with the instructors. For example, if you have a kid with a lot of energy to burn, she probably won’t do well at a school where instructors expect kids to stand still and listen to lengthy explanations. And if your child is quite sensitive, you’ll want to avoid an old-school instructor that might stand over the kids, yelling.

Master Jovanov also suggests finding a school that offers differentiated classes that are divided by age and experience, rather than lumping five-year-olds in with tweens. “This is so they can focus on appropriate development for their age group and experience,” he says, “and a good school should allow you to watch your child train as well”.

But which style of martial art should I choose for my child?

There’s no single best martial art, but here are six martial arts that usually offer specialized classes for kids, providing a starting point for your research into local schools.

Taekwondo –often the first martial art parents will encounter in their search, this Korean art is known for dynamic kicking and footwork, and being an official Olympic sport. Taekwondo provides a great introduction to the martial arts for kids, with traditional values combined with modern athletic techniques. Clubs have dedicated classes for kids of all ages, and separate Taekwondo programs for those that want to compete in this exciting art.

Brazilian Jiu-Jitsu –developed in Brazil with an emphasis on ground techniques, BJJ is founded on the concept that a smaller person can successfully defend themselves against a bigger, stronger opponent using a technique, leverage and taking the fight to the ground. Many mixed martial arts and Freestyle schools, like Perth’s Premier Academy, offer specialized BJJ classes for those kids that want to improve their skills in grappling.

Kickboxing – Kickboxing is a modern martial art designed by blending traditional arts like taekwondo and karate with western-style boxing. It was designed to allow practitioners of different martial arts to compete against each other in the ring. Kickboxing focuses mainly on the sporting application of kicking and punching techniques and does not usually include the traditional aspects of martial arts such as patterns / Poomsae / kata, or self-defense training. Some martial arts schools offer kickboxing as a separate stream for those kids that have the urge to compete in this dynamic art.

Boxing – the only western martial art on this list, boxing focuses entirely on attacking and defending using the hands. Most Boxing clubs offer boxing classes for young children from the ages of 6 or 7 years and up, where they can learn the skills of boxing in a safe controlled environment. Like kickboxing, it is focused mainly on competing in the ring, and this might not suit every child.

MMA / Freestyle Martial Arts – mixed martial arts (MMA) and Freestyle martial arts blend the best of all the martial arts above into a system that allows students to strike using their hands, elbows, knees, and feet, as well take their opponent to the ground to use locks and submissions to defeat them. For example, Perth’s Premier Martial Arts and Fitness Academy have combined the best elements of Taekwondo, Kickboxing, Judo, Brazilian Jiu Jitsu and Boxing into dynamic kids Freestyle mixed martial arts curriculum that specifically caters for the needs of children from the ages of 3 and upwards.

This question has the same answer as “what martial art should I choose for my kid?” – it depends on the individual school. A child-friendly martial arts school should provide a range of junior martial arts programs to suit all ages, even starting from 18 months. If a school’s programs are structured to suit the age and ability of their students, with classes differentiated by age and ability, then kids of all ages can learn martial arts in an environment where they are encouraged to constantly improve in order to be the best they can be.

As children grow, they go through different stages of physical and mental development. One of the most crucial stages, which can have far-reaching effects in later life, is when children are first beginning to develop their physical strength and coordination. This typically happens from around 18 months to 6 years of age. For example, Perth’s Premier Martial Art and Fitness Academy offers junior martial arts classes that are suited to all stages of a child’s development. Their Mini Little Champions classes are designed to help kids from 18 months to 3 years learn to move their bodies in a coordinated manner and build a strong athletic foundation for later life. Premier Martial Arts and Fitness Academy’s Mini Little Champions program also helps kids learn to follow instructions, and how to interact with other children and adults. The movements involved in martial arts training will develop children’s coordination, strength, flexibility and overall fitness in a way that benefits them immediately.

Premier Academy’s next step up is the Little Champions – a specialized program of martial arts for kids aged from 3 to 6 years. Classes in this program are more structured in order for developing the physical attributes of strength, coordination, and flexibility, as well as enabling your child to learn focus, commitment, confidence, and self-belief. Junior martial arts at Premier Academy are not all fun and games. Kids learn real, effective martial arts skills that they can use to protect themselves from bullies. Their Little Champions curriculum has been refined constantly over the past 20 years to the point where it is now the leading program for kids’ martial arts in Perth. It is based on traditional Taekwondo, using the terminology to help accelerate kids’ language and memory skills at the same time as they are developing their physical abilities. The self-defense aspects of the curriculum come from modern mixed martial arts and will give kids the confidence to defend themselves from all types of attacks.

Children from the age of 6 to 12 years have very different needs to younger kids in their martial arts training. Martial arts training will provide a strong foundation for their continued physical and mental development. A perfect example of this is Perth’s Premier Martial Arts Academy, which offers classes differentiated by age and experience for their Junior Martial Arts program. Kids learn effective martial arts that will enable them to defend themselves as well as help them to develop into strong, confident teenagers. With a strong foundation of kicking and footwork provided by Taekwondo, plus techniques from other martial arts such as Boxing, Kick Boxing, Judo, Brazilian Jiu-Jitsu and wrestling, their martial arts Academy provides Perth kids with an opportunity to learn a true freestyle, mixed martial arts system. The traditional aspects of martial arts training are still preserved in order to develop respect, focus and self-discipline in our students.

Choose the Right Martial Art for Your Child

There are so many different styles of martial arts – from taekwondo to karate to judo – and many different types of schools – from fulltime purpose-built centers to rooms at the local community center to someone’s garage!

By focusing on the checklist below you can make sure you choose the right martial arts schools for your child:

If you can find a school that checks all the above criteria, like Perth’s Premier Martial Arts and Fitness Academy, then you can be sure that you will be making the right choice for your kids! 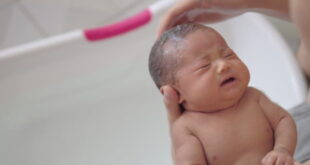 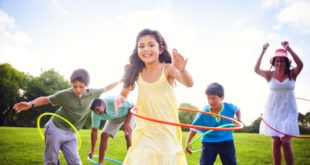 Ways to Encourage Your Kids to Be Physically Active 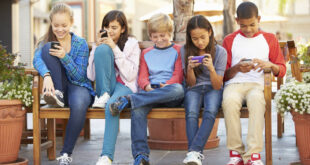