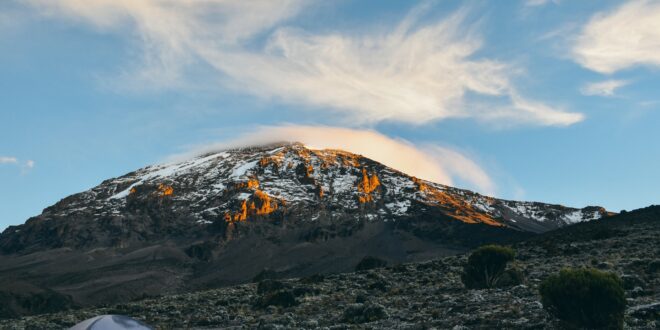 Kilimanjaro is the highest peak in Africa and one of the 7 summits. With its 4600m from the foothills to the top of Uhuru (5895m), it is the mountain with the largest altitude difference in the world. This mountain is the dream of every adventurer, but also of all other people who cultivate a special love for Africa. Kilimanjaro National Park was founded in 1971 from a forest reserve founded by German colonizers in the 1910s, and it was inscribed on the UNESCO World Heritage List to protect numerous species that live in the park. Located on the third degree of southern latitude from the equator, the climate on Kilimanjaro is tropical, which allows the growth of lush vegetation on this mountain.

Wanna embark on the adventure of conquering the highest peak in Africa? Well, there are a few things to consider beforehand. First of all, make sure that you’re physically well prepared because we assure you that it won’t be easy. Then, one of the basic things to think of is what the right time to leave is. Depending on the climatic and weather conditions, which are different in different parts of the year, it should be concluded when the best conditions for climbing are created.

To be sure when nature will give you the best of itself and when is the best time to start with the trip, read the text to the end.

Before the climb, mental preparation for a large variety of weather conditions is one of the basics. On the way to the top, you will pass through as many as four different climatic zones. Which ones?

The winds here are so strong at the top, and you can absolutely expect a lot of cold, even though -6 degrees doesn’t seem like too low a temperature at the moment. At altitude, you will feel the effect of cold winds much more strongly due to the effort that your body puts in order to oxygenate the organs in a space that isn’t favorable for oxygen.

Since Kilimanjaro is close to the equator, the year can be divided into the extremely wet and extremely dry season. When the weather conditions are unfavorable, the possibility of risky situations during climbing increases, and that’s why it’s recommended to start this route during the warm and dry months.

Technically, climbing is possible throughout the year. However, experienced mountaineers advise other interested candidates to stick to the season in which the possibility of precipitation is reduced. The best time for hiking is considered to be the dry season, which begins in early December and lasts until early March. The second dry season during the year occurs at the end of June and lasts until the end of October. These months are also the busiest because all the tours are organized then.

The warmest is from January to March. Mornings and evenings with clear skies are invaluable, but there’s a possibility of short-term daily showers.

The rainy season starts at the end of March and lasts until the beginning of June when climbing isn’t recommended due to the risky situations you may find yourself in unless you are an adventurer who wants to push the boundaries trying to achieve a goal in such conditions. In that case, we hope you have experience from similar situations and pay attention to the Rongai route, which is also recommended by Bookatrekking.com. Wet southeast winds that have crossed the Indian Ocean condense in the heights, forming clouds and causing precipitation from March to May, when conditions are most severe.

Charms of the full moon

Many climbers want a special experience when going to Kilimanjaro. As much as the daylight perfectly shows all the beauties of these landscapes, the real experience occurs when it gets dark and the moon shines on the magnificent glaciers. Fans of such scenes can’t wait to attend this unrealistically beautiful event that happens once a month.

Another reason, in addition to the fascinating scene, which encourages travelers to head to Tanzania at the time, is the clear sky and the moon, which illuminate the walking route and improve visibility in an attempt to conquer the summit.

It’s necessary to arrive at the destination in a month of the dry season, a few days before the full moon, so that you wouldn’t accidentally miss or be late to see it. Group tours are often organized which you can join, but an individual departure won’t be wrong either.

Of course, these dates attract a lot of attention, so we warn you to avoid them if you don’t like too many crowds.

What are you waiting for? Hurry up!

What definitely sets Kilimanjaro apart from other giant mountains around the world is its icy surface that survives despite the proximity of the equator. This makes it a real gem of Africa since its existence is also estimated at more than 11,000 years, which is an incredible figure.

However, we aren’t sure how long they will be able to last, given the growing global warming, which is leading to faster evaporation of ice. Experts believe that this could result in the disappearance of the ice surface by 2050. Although it seems far away, that time will come quickly and then, well, you might be sorry that you didn’t take the opportunity and visited the magnificent glaciers. So hurry up, and go visit this phenomenon while nature still allows it!

Kilimanjaro is definitely a real natural phenomenon that you shouldn’t miss. We hope this article has helped you gain a better insight into which time of year is best for travel. Choosing the time that suits you and your planned activities best can only help you embark on this unforgettable African adventure that will remain a wonderful memory for a lifetime.

Previous Is the Epidemic Turning Point for Software Development Outsourcing?
Next Top Reasons to Consider a Penile Implant 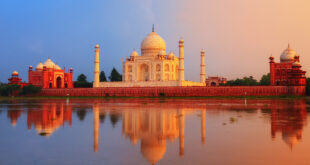 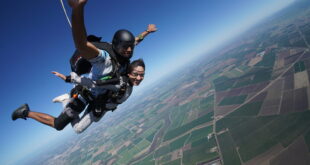 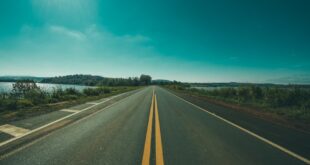 Traveling From USA and Canada to Mexico With Your Car: Things to know