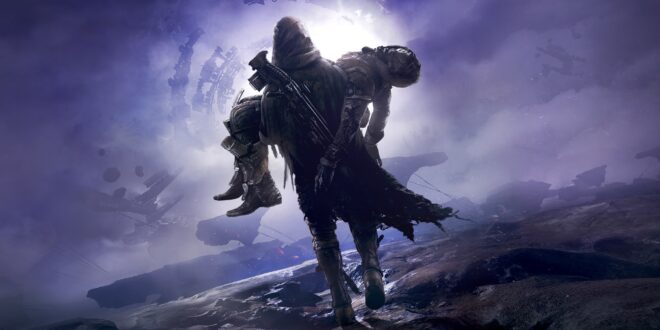 Destiny 2 – Is It A Good Choice For A Casual Gamer?

There are tons of video games that you can choose from nowadays, and some of the most popular titles are often considered to also be one of the most competitive ones. Some examples are Counter-Strike, DotA 2, League of Legends and Call of Duty which are all games with a pretty large competitive scene. But then comes the more casual gaming group and asks if there are any fun choices for them. Well, the answer is yes. Destiny 2.

Destiny 2 is a popular video game that falls into the futuristic online multiplayer shooter role-playing game category, and it’s a great choice both for casual and competitive gamers. It is developed by Bungie entertainment and lately, it’s been getting a lot of updates and new content, with some rumors that soon it will be completely free to play. Whether this game is a great choice for a casual game or not is up to you to find out in this article, so make sure that you keep reading until the end.

How competitive is Destiny 2?

It might not be at the same competitive level as some of the games that we mentioned above, but if you want to have the top-tier gear and amazing player versus player skills, Destiny 2 requires you to put some hours in it. The great thing about the game is that you have both a casual base and a very competitive base you can play with, so you can’t go wrong by choosing either of them. If you are not familiar with these terms, here’s what they mean.

A casual gamer is someone who likes to play for about two or three hours at max during a day, and they don’t care about being the best on the server or always having the maximum gear score. A competitive gamer, however, is the one who takes the game very seriously and they play purely because of the competitive factor, not to be immersed in the game or to follow the storyline.

There’s also a third group of people who want to be competitive but don’t have the required time, so they are trying to make it up by getting an extra helping hand from people who can afford to put more hours into the game. If you think you fall in this category, and you think that you need some help with the latest Season of the Undying, feel free to check this.

Is Destiny worth to make your “main game”?

Destiny 2 is a high-quality title and it deserves the recognition that it’s getting at the moment. The game is being upgraded and developed by a really serious and AAA (Triple-A quality) team, and they never fail to surprise us with new and improved features and content.

If you are currently looking for a game in which you can spend all your time, Destiny 2 is a good choice. You will be continuously intrigued by the storyline, quests and all of the elements that you would like in a video game, while also being able to test your true mechanical skills and game knowledge against opponents both in the PVP and PVE world.