Hemp (Cannabis sativa L.) has a long history as a type of recreational drug and as part of traditional medicine. In the past, it was a valuable source of fiber and food, and then an herbal remedy used for many diseases. Throughout history, its use has slowly disappeared from conventional medicine. Today, many people around the world use medical cannabis to alleviate or eliminate the symptoms of various diseases. Products made from this plant have proven to be very effective in treating various diseases and conditions – multiple sclerosis, Alzheimer’s disease, cancer, liver and kidney disease, treating insomnia, anxiety, depression, headaches, and so on. So, they are often used to improve appetite and concentration.

We can often hear about the benefits of CBD products, and she suddenly hears that there are CBN products as well. Are they synonyms or are they actually different compounds?

One of the most important active substances in hemp is THC. It is known that THC stimulates appetite, enhances the senses of smell and hearing, can cause fatigue, while in some users it is noticed a reduction of aggression. Several studies have shown that THC also has an antiemetic effect, making it makes it a potential remedy for nausea and vomiting. However, too much THC has a hallucinogenic effect. Here, of course, we are not talking about CBN and CBD products that are produced from industrial marijuana in which the THC level is reduced to a minimum (about 0.3% or even less), so hallucinations are omitted.

Another very important ingredient is cannabidiol (CBD). Scientists working on recent studies say CBD can be useful in the treatment of atypical psychoses in patients with schizophrenia, and for the alleviation of dystonia symptoms. Dystonia is characterized by involuntary body movements and prolonged muscle contraction, leading to tremors and distorted posture. We come to the third ingredient, which is cannabinol (CBN) which is the third most abundant in marijuana.

CBN can be used effectively as a sleep aid or as a sedative. This cannabinoid has also been shown to help regulate the immune system. It also relieves pain and inflammation caused by various conditions, including arthritis and Crohn’s disease. Studies show that it can be used to reduce eye pressure caused by glaucoma. The difference between CBD oil and hemp oil lies in the composition and method of production. Hemp oil is obtained by cold squeezing hemp seeds, while CBD oil is obtained by supercritical extraction of hemp resin using carbon dioxide. CBN also has the role of an antibiotic because it has shown great ability in fighting bacteria, and thus against bacterial infections that are resistant even to antibiotics.

Like CBD, CBN appears to have anti-inflammatory properties. one of the most promising therapeutic uses of CBD is the treatment of epilepsy due to the strong anticonvulsant properties of this cannabinoid. Although it appears to be less potent than in CBD and THC, CBN has also been shown to act as an anticonvulsant. Sanobiotec.com is a place where you will find everything to know about it.

CBD acts on the brain whose exact cause of action has not yet been fully elucidated. But CBD seems to prevent the breakdown of chemicals in the brain that affects pain, mood, and mental function. CBD oil and CBD drops have wide application in the treatment of skin problems, alleviation of inflammatory processes and pain, reduction of epileptic seizures, arthritis, diabetes, multiple sclerosis, treatment of cancer, depression, anxiety, and insomnia. CBD stands for cannabidiol. It is one of about a hundred compounds found in cannabis.

Cannabinoids occur in the plant exclusively in the form of acids (THCA, CBDA, CBCA) while precursor of the synthesis of these acids cannabigerol acid (CBGA). Tetrahydrocannabinol (THC) is the primary psychoactive compound of cannabis that is exposed to air, light, and heat is converted to cannabinol (CBN). By consistency, it is a viscous resin that can be crystallized. Cannabidiol is not psychoactive. On the contrary, CBD actually reduces some side effects caused by higher doses of THC.

Studies show that CBD can be effective in relieving the symptoms of various conditions that are difficult to control such as rheumatoid arthritis, PTSD, anxiety disorder. On the other hand, we have cannabinol (CBN) which is mildly psychoactive, found only in traces in hemp, it is mostly present as a metabolite of THC resulting from molecule degradation under the influence of external factors. It has a higher affinity for the CB2 receptor but much lower compared to THC.

Little information is available on interaction-related interactions and contraindications for medical cannabis. So far, no cases of overdose have been known, ie no serious side effects have been reported – in case of overdose, insomnia, headache, and nausea are possible. Serious caution is required in patients using sedatives, sedative and psychotropic drugs, and hypnotics, as concomitant use with nabiximol results in a cumulative effect. The use of alcohol with nabiximol can lead to disturbances in coordination and concentration and to slow reactions.

CBN and CBD products can be found in several forms, and are consumed in several ways, depending on the disease or condition you are treating to the intensity and speed of action. The oils are considered to be the most effective and very easy to consume. It is recommended that you always start with the lowest dose, which you will gradually increase if you feel the need for a stronger effect. It is also possible to consume by vaping. It is also possible to find products on the market in the form of creams that are usually recommended for skin diseases such as psoriasis.

As we can see, there are many benefits of using CBD and CBN products. Having in mind that the popularity of such products constantly grows, it is very important to buy a quality one, which can be very challenging sometimes.

Previous Best Women’s Dresses With Sleeves
Next Are You Prepared for a Safe 2022 Holiday Season? 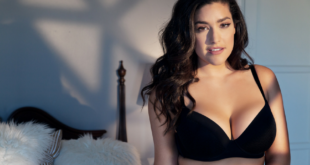