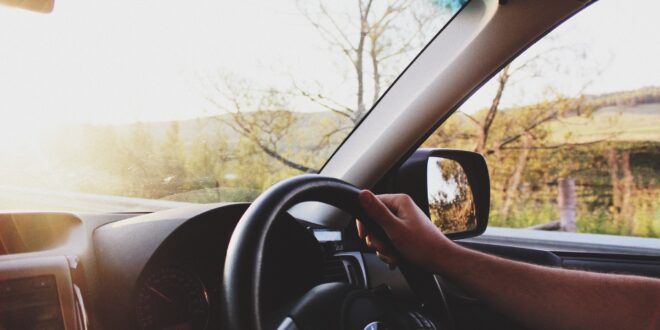 Obtaining a driver’s license is an exciting moment for any young person (as well as for older applicants), but for many, it means you will finally be able to control your movement and the sense of freedom your license gives you is such a thrill. But like any exam, a driving exam can be quite stressful, especially if you tend to panic by nature. To obtain a driver’s license you can either enroll in a driving school or have someone close to you teach you how to drive before you take a final exam. Some driving schools such as aDriving offer a different approach to learning, making sure you learn faster, others tend to have more of a traditional teaching approach.

Both of the options follow the same order, first, you have to pass a theoretical test, which is not naive at all, and then a practical one. There you are questioned by a commission that monitors your every move and looks to determine if you are a competent driver and whether you deserve to get a driver’s license. From day one you enroll the driving school until the day you obtain your license, you are driving with a professional instructor. He supports your learning and makes driving easier. Certain lessons are going easier than others and this different for each individual, but have you ever wondered what are the driving lessons most people learn the hard way? In case you haven’t, we give you a complete guide.

As we already wrote, when attending driving school, you are not alone. But, once you get your license, another challenge awaits – learn to drive without someone telling you what to do, and when. Driving independently after taking the exam is quite stressful and brings a special dose of fear in most people. On the other hand, there are a few of those who will feel quite safe after taking the exam and will not have problems with fear.

Many people who are hampered by the fear of driving eventually decide to avoid driving completely. The situation is further worsened by a case in which a person experiences a minor car accident after which he refuses to get back behind the wheel for months or years after that. Things then get complicated because the longer the driving is delayed, the harder it is to get back “into the game”. On the other hand, if you decide to “face the problem”, you will very quickly get rid of fear and be confident.

Defensive driving is the most efficient way of behaving in traffic. The main motive for this kind of driving is to keep a distance from the potential danger. The essence and art of defensive driving are in the ability to adapt and “read” a given traffic situation, conditioned by the behavior of other participants in the traffic. It includes control of time, space, and visibility. You must be aware that you can never fully control these factors, you must constantly practice and try to influence the achievement of the goal as flexibly as possible.

In any case, you need to be aware that every possible defensive driving exercise does not make you into a flawless driver, but it will surely make you a safe driver and a safe participant in traffic. This is why this kind of lesson is usually learned the hard way when an unpleasant situation occurs and you respond to it, which results in inexperience. Next time you will know how to react

Positioning the rearview mirrors to eliminate the dead angles

Sometimes when you go in reverse you can swear people and things appear from the sky, because they fall in your dead angle and no way you can see them. Unfortunately, you become aware when it’s too late. If the side rearview mirrors mostly show only the sides of your car, it means that you are not using the entire reflective surface of the mirror accurately. To properly adjust the rearview mirrors, you should remember a few of the following positions:

In the case of understeer, the front tires lose traction (pulling force) along the road surface during cornering because of the acceleration speed increases. In cases of oversteering, the same thing happens with the rear tires. If you are driving on a wet or icy road, do not overdo it with acceleration. Driving at a moderate speed will help you avoid the most cases of understeer and oversteer.

It’s useful to note: Even in cases of understeer and oversteer, you must never release the accelerator or brake pedal too quickly, suddenly.

Braking with the left foot

Left foot braking is a difficult technique that requires regular exercise. It is very often used by professional car racers, but this skill can also help you in emergencies. With this technique, you will be able to turn very quickly by maintaining the required engine speed, maintaining the same driving speed, and at the same time controlling the steering.

Driving at the same speed as other vehicles in traffic

Everyone learns about this rule in theoretical driving course classes. But unfortunately, not all drivers stick to it. Driving at a speed that is lower or higher than the speed at which the traffic is going is dangerous because it can be the cause of accidents. And that is why when you choose the speed of movement, it is important to first enter the traffic density into consideration.

Even though all of the mentioned 6 lessons are learned the hard way, the experience is the only thing that makes you learn it. So, regardless of whether it’s a pleasant or less pleasant experience, it’s good it happened, because you learned from it. 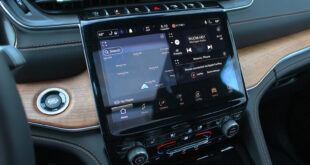 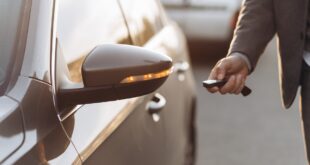