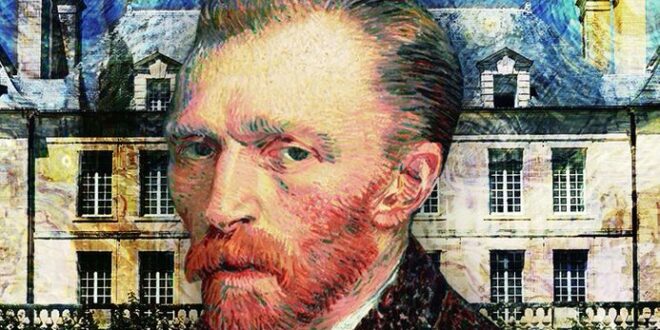 There is no person in this world who hasn’t heard of Vincent van Gogh, and we learn about his art from our earliest ages. We know the basics of his life, and we know the basics about his paintings, but there are some extremely interesting things that most of us are not aware of. Vincent was much more than just a painter, and his life was more complicated than most of us can understand. If you want to know more about his art, life, and death, you should check out these interesting facts about Vincent Willem van Gogh that you probably didn’t know.

1. He was not the only Vincent in the family

One of the things that not many people are aware of is that Vincent had five siblings, and from those five, he had two brothers and three sisters. He was the oldest living child in the family.

He was the closest to his brother Theo, and he was the one who took care of Vincent during his life. Theo was the person who fully supported his brother, and he gave Vincent money so that he could survive.

However, Vincent was not the first one of his name, and a year before he was born, their parents lost a child who had the exact same name as the famous painter – Vincent Willem van Gogh. A year after the death of the newborn, the painter was born, and his parents decided to name him after the child they lost.

2. He didn’t start painting until later in his life

Most of the painters that we know of started playing with the brushes and the canvases since the earliest of age, but this was not the case with Vincent. He is one of the people who weren’t aware of their potential until relatively late in their life.

He only started painting when he was 26, and it has been recorded that he started his first-ever painting was started in late 1889 when he was in the hospital gardens. Ever since then, he explored his gift, and during his life, he never stopped working on the art pieces that gave his life meaning.

Unlike many other famous painters, Vincent did not attend any art classes, and everything he knew, he learned on his own. Even though he wanted to attend art school, he was able to afford that only four years prior to his death.

3. He created more art than we know about

We all know the most famous paintings of Van Gogh, but not many people are aware of how many art pieces Vincent actually created. The records state that in his collection, he had more than 2000 pieces of art, and about 900 of those were paintings.

Another interesting fact is that Vincent made most of the paintings in the last two years of his life, and he continued painting until his death bed.

As we previously mentioned, Vincent was self-taught, and he didn’t like following anyone’s advice, especially by the end of his life. When he got enough money to attend art school, he had a lot of problems with his professors, because no one understood or liked his style.

He was not able to afford models, and most of the creations he painted were based on landscapes and nature. Nevertheless, he loved painting himself as well, and he was the only model that he could take as much time as needed to work on. As you can see if you click here, his paintings were based on landscapes, the sky, and trees. He explored different ways of representing one sight, and some of his most famous paintings include flowers and trees.

5. He wasn’t successful when he was alive

This is a fact that some people are aware of, but not most of us. When we think of successful people that were the best in what they did, we assume that Vincent was as famous back in his day as he is now. The reality is, no one understood his art, and no one was interested in his creations when he was actively painting.

During his life, he only sold one of his pieces, with the name of The Red Vineyard. Some people say that this is a tragedy and that he never got to see how important he was and still is, but others say that the fact that he wasn’t successful is the reason why he created so much heartfelt art that is going to stay famous and invaluable forever.

6. He dealt with a lot of health issues

Another thing that not many people are aware of is that the famous painter was an extremely troubled individual, and it is said that his physical and mental health were some of the reasons for his art and his creativity.

Besides the mental health problems that he was dealing with, he was also suffering from epilepsy and a handful of other conditions.

By the end of his life, and since he was not receiving specific therapy for all the things he was going through, Vincent committed suicide in 1890. He was only 37 years old, and even though he played with the brush for only 10 years of his life, he created pieces that will always stay invaluable and will never be forgotten.

Most of us do not know many of these things, and hopefully, these interesting facts will help you understand the life and death of the amazing painter, and you will see even more beauty in his work. Even though affording his pieces is pretty difficult, it does not mean that you cannot have them in your home. Currently, there are a lot of pieces that are available for sale, and there are a lot of prints that represent his artwork and his life. You can use the prints to make your home more beautiful and to add some fine art to it.