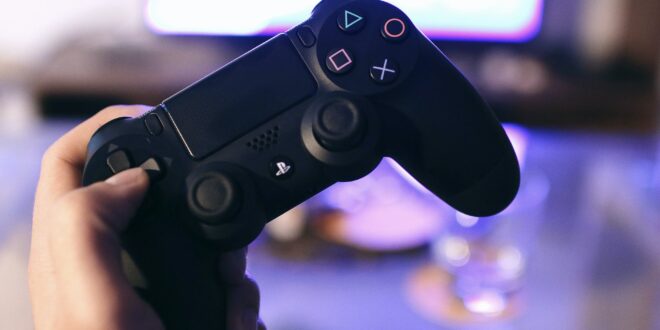 The new Call of Duty Cold War became the latest installation in the “almost two-decade-old” shooter franchise. And although fans got plenty of things to say about the release trailer, the game was still a financial success for Treyarch.

And with the end of Season 1, many are left wondering what the developers will bring new to the franchise. And that’s why we’re here. In this article, we will take a look at the 4 new features and what every player can expect from the new season.

With all that said, let’s start.

As for the exact time of when the season is going live, it is estimated that it will be anywhere between 9 PM and 11 PM PT.

For any new players out there or rookies of the franchise, fear not as the new season will be free to play. Furthermore, a new battle pass is expected to drop along the new season, but you will have to pay for that.

With Season 2 we’re expecting a new operator: Naga. There’s plenty of lore already for this operator based on previous cinematic’s. Naga is a Warsaw Pact fighter. Apart from that, we will have to wait on release to learn more about this new operator. We also expect a few more characters, although it is unclear whether these operators are already familiar to us based on previous cinematic’s and lore.

It is most likely that these operators will be available for purchase in the in-game store at a later date. For now, we can confirm that Naga will drop on the release date.

We now come to the juicy part – the weapons! We’re already familiar with Cold War’s immense arsenal, and we’re expecting plenty of more weapons to come.

These weapons will be available for both Cold War and Warzone.

Before we name all the new guns that are coming, it’s important to mention that Season 2 will reset all weapons’ leveling. And for many of you that cannot be bothered to unlock your favorite mods, you can acquire Cold War boosting services to help out, so make sure to check this site for more details.

A cult classic if you’re familiar with previous CoD titles, the minigun is an immensely powerful weapon that can dish out hundreds of bullets in mere seconds. And the minigun is also quite familiar to Warzone players, seeing as Juggernauts are running rampant at the moment with it. But what we haven’t so far seen is how the weapon will perform in Cold War’s multiplayer game mode. If Warzone is anything to go by, then we can safely assume it will be immensely overpowered.

For those of you that are quite familiar with it, do know that it will drop on a release date for Season 2. All you Galil mains can enjoy your favorite gun in both Warzone and Cold War.

Crossbows and battle royales aren’t anything new. This weapon first appeared in PUBG, and it is making a comeback on the battle royale scene.

If the new trailer is anything to go by, then we can safely assume this gun will be in the game. Along with the Thumper, players can pick up the bolt-throwing medieval-style weapon and use it to do trick shots and YouTube compilations.

SMGs, especially the MAC-10, were meta weapons in Season 1. And it is perfectly safe to assume that we’ll see plenty of new SMGs hit the Warzone and Cold War weapons’ arsenal. One SMG that has been confirmed based on the trailer is the AL-LC10. Although it is speculated that there will be a few more coming on the release date, if they are as powerful as the MAC-10, then are in for a bumpy ride.

There will also be a new map unveiled on release. This new map seems to be “Ural Mountains”. Although the map isn’t new to us, it is predicted that it will replace Warzone’s Verdansk map. We’ve also seen this map in Cold War.

However, just remember that this is entirely speculative. There hasn’t been an official confirmation from Treyarch.

The fact that the Ural Mountains will replace Verdansk is further aided by the fact that Warzone will make its one-year anniversary during Season 2. So if the map doesn’t come on the release date, it is entirely possible that we will see it as a birthday gift.

As for Cold War, we’re also expecting a few new maps. One is believed to be a jungle map, which will most definitely drop on release.

Another two maps that we’re expecting our Standoff and Firing Range, although it is entirely possible that one of these will make its debut.

Along with all the new changes expecting to grace us in Season 2, it is said that the Ural Mountains will be the next map for Season 2’s Zombies.

But if rumors are true that Warzone will move to the Ural Mountains, then we might even see the new “Outbreak” game mode. This game mode is believed to be a combination of Zombies and the open-world.

Previous 7 Gifts that Your Grandparents Will Love – 2023 Guide
Next Where to List your House for Sale at a Better Rate?