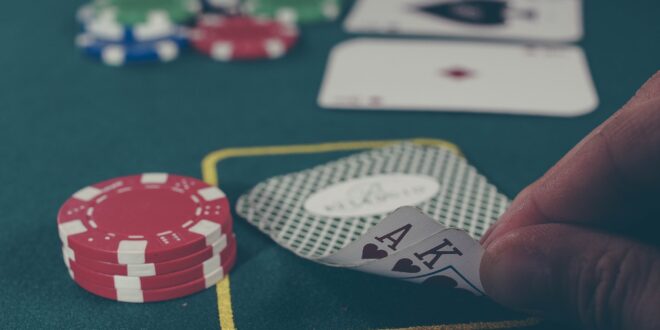 Gambling and betting have traditionally for some reason been recognized as a pastime activity reserved for men. Although there is nothing in the world specifically meant for either of the two genders, there have been many things historically viewed for either men or women.

When gambling is concerned, the first thing that comes to mind for most people is a table or a room full of mostly men, playing their favorite card and roulette games. However, the reality is not at all like that since there are ladies out there who have made names for themselves in the professional gambling industry.

On the pro poker scene, there are dozens of female players who have amassed considerable fortunes thanks to their proficiency in the most popular card game in the world. In this article, we will go over the 888poker list of the  best female poker players of all time.

Vanessa is only 39 years old, but she is already considered to be the best female poker professional in the history of the game. As of right now, she is the number 1 on the female player money list with $11.85 million in winnings. On the all-time combined list of men and women, she is 41st. So far, she has scored three WSOP and has scored 20 money finishes, 8 final tables, and 2 WPT final trebles. Selbst is the only woman with three WSOP bracelets. Apart from poker, she has a J.D. from Yale. A very bright future is ahead of her, considering still young age for such a dominant poker player.

The woman with the second-highest prize money total is another American. She has so far won

$6.17 million. Her list of career achievements includes six WPT final tables, best of which is the third place at the 2005 Borgata Poker Open. In addition, she won a WSOP bracelet in 2004 at the $1,500 Limit Texas Hold’Em Shootout. In total, Liebert has 47 WSOP money finishes, highest being 17th in 2000. She lives in Las Vegas where she still regularly plays in tourneys.

Annie Duke is third on the list of all-time winnings with a total of $4.27 million. She has a very cool nickname, the “Duchess of Poker.” Throughout her career, she has had a lot of success, partly thanks to poker being in her blood. She is the younger sister of poker legend Howard Lederer. Annie’s first major success came in 1994 at the WSOP, where she scored 14th, 5th, and 26th places. She then moved to Vegas with her husband and continued to play regularly. In 2004, she scored a bracelet in WSOP, while six years later she won the WSOP Tournament of Champions at the National Heads-Up Poker Championship. For a time, she was the money winning leader until Selbst arrived onto the scene.

We finally have a non-American on the list of top female players in history. The poker prodigy started her career very early. At only 15 years of age, she started playing online poker behind the nickname of “Annette_15”. Between 2005 and 2006, young Obrestad won almost $1 million from her games and winnings on various online gambling services. For a time, she was the best player in the world on PocketFives. A single day before she turned 19, she managed to win the inaugural World Series of Poker Europe Main Event. This scored her £1 million, the biggest win of her still extremely young career. She then went on to win the WSOP bracelet, had ten money finishes, and appeared on the final table of the European Poker Tour. Her total winnings stand at $3.93 million.

One of the best players of today narrowly holds the fifth place in earnings with $3.57 million. She began her pro career at the Ultimatepoker.com Showdown in 2005. She owes her success to her coaches, which included legends of the game like Dave Ulliott, Phil Hellmuth, and Annie Duke. At the EPT, WSOP, and WSOP Europe, she appeared both as a player and a reporter. So far, she is the only woman ever to win both the EPT Championship and have a WSOP bracelet. Alongside this, she won the European Poker Awards’ Female Player of the Year three times, from 2014 to 2016. Her first big win came in 2010 when she won €1.25 million at the EPT San Remo.

As you can see, there are lots of ladies who can take all of your money at the poker table. While the game is still largely favored towards men, more and more women are turning pro and winning big prizes at the biggest yearly tournaments and competitions. It is only a matter of time before the gaps are closed even more. Do not be surprised if one of these champions, or a completely new player, manages to get into the top on the list of all-time money leaders within the next decade. Poker is for everyone and there is no more reason to think of it as a guy’s game. Ladies love gambling too, and they are damn good at it too!

Previous Build a relationship with Google
Next What is the Best Coffee Machine for Home use?