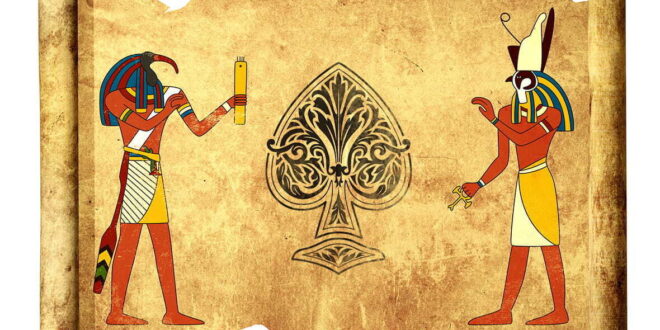 The Gods of Gambling Across Different Cultures and Religions

Lady luck is the most favoured companion when most people wish good odds upon themselves despite her being an elusive mistress. Throughout history, people have assumed the chances of winning can be left in the hands of supernatural power. The gods of gambling in different regions across the world are often associated with mischief and trickery. Some of this playful malevolence has been light-hearted, while others have led to world-shattering events. Many of these gods are still famous today, and others are still called upon to influence gamblers’ fate. We delve into ancient deities that style themselves into gambling gods or whose character faults have made them be perceived as such.

Hermes brings the phrase “jack of all trades and master of none” to mind, but he is a jack of all trades and a master of all. The sheer number of things that Hermes is known for makes him perhaps the most unique of all Greek gods. His trickster qualities made this deity carry the crown of gambling god as well. This trait dates back to the day of his birth. When his mother, Maya, wrapped him in swaddling bands so she could rest, Hermes escaped and stole prized cattle from his brother Apollo. On his way home, he killed a tortoise and used its shell to make the first lyre. When Apollo came to claim his stolen herd, Hermes enchanted his older brother with the lyre’s music. Hermes got to keep the cattle, and Apollo left with the instrument.

Ancient Egyptian culture was an unmatched civilization at its peak and is considered one of the greatest of all time. However, it is shrouded in mysteries that have only been studied through interpretations of its complex ritual texts, temple decorations, and hymns. Nonetheless, its people certainly believed in many gods’ existence, and one of them was Thoth.

Thoth was among the most important deities in Egypt and was said to be self-created from Set’s forehead from the seed of Horus. Since he was the son of gods representing chaos and order, he became the god of balance and equilibrium. His wife, Ma’at, amplified this element by her association with divine balance. Thoth has crowned the god of magic, wisdom, writing, and the moon. He was also the patron god of scribes, and it is said that they would pour a drop of ink in the deity’s honour before proceeding with the day’s work. Sculptures and scribes portray him as a human with an ibis head or a baboon with a sun disk around his head.

Thoth was said to be present during the battle between Horus and Set. He would record the contest events, offer advice, and heal the gods at different times to ensure that they were both capable without one gaining an advantage over the other. He also oversaw justice among humans, so Egyptians sought him when they wanted favour when gambling. Thoth is often considered a milder version of Hermes with no interest in trickery.

Japan is home to a prominent gambling culture, and it is regarded as a decent way of achieving social status. Anyone that seeks to prosper in the field turns to Kangiten, the gambling deity. Japan is a polytheistic state that believes in many gods, Kangiten being one of them. Kangiten is the Japanese version of Hindu’s Shri Ganesha depicted as an elephant-headed deity. The demigod is associated with wisdom and knowledge and is said to be the one that attends to sentient beings’ cries. He is also believed to have the power to create or remove obstacles with the help of Binayaka. When appeased, Kangiten bestows prosperity, health, and success.

The pantheon of Nordic gods is one of the most popular worldwide, and they are often featured in works of art like films and books. Gefjon stands among these celestial beings, and she is assumed to be the Nordic goddess of gambling. While she has been mentioned in several ancient texts between the ninth and thirteenth century, not much is known. Gefjon is considered the patron goddess of good luck, fertility, agriculture, abundance, and prosperity. Her name translated to “Generous One” or “Giver” in old Norse.

Out of the numerous filtered texts and tales about Gefjon, the one told by Snorri Sturluson, a thirteenth-century historian, contains the most authenticity. As he tells it, the goddess disguised herself as a poor beggar and appeared King Gylfi, ruler of Sweden, to ask for land. The generous king promised her as much as four oxen could plough in one day. Gefjon summoned her four giant-sired sons, turned them to oxen, and got to work. She ploughed so deep that she dragged a massive chunk of land from Sweden, now the modern-day Danish island of Zealand.

The deities on this list earn their place as gambling gods due to their association with prosperity. However, Nezha does so by understanding despair and downfall, which is a common fate for gamblers. As a gambling god, Nezha had trickster qualities that often landed him in trouble, much like Hermes. However, in one of those instances, he killed the East Sea Dragon King’s son, Ao Guang. Nezha ended his life soon after, but he was brought back by a teacher who had grown fond of him.

Reliance on luck from gods and charms is often discouraged in modern gambling circles. However, if you are looking for a celestial being to look towards for good fortune, consider some from our list.

The article was written with the help of an authoritative source onlineslotsx.com – a startup company focused on free slots, mainly in Canada, New Zealand and Australia. Ryder Harpur, Senior Content Manager at OnlineslotsX, with eight years of experience and expertise in the gambling industry marketing sector, has discussed the iGaming challenges openly in the past and is determined to continue doing so.