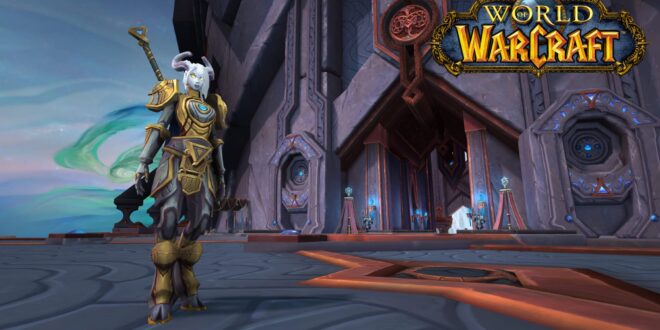 Fastest & Easiest Ways To Gear Up In World of Warcraft

Gaming in 2023 is hardly what is once was. Video games began as a pastime activity and a chance for the gamers to have fun at their own pace. Doing things in your own time means enjoying them to the fullest as you learn about them, explore them, and get better at them. However, this is only one way to play video games nowadays. The industry has changed and so have the standards. The players themselves changed and they are now playing their favorite games so well that they know about strategies and moves capable of elevating the gameplay and allowing them to become better quickly. This can only happen if they know exactly what, how, and when to do things.

One of the most complex games nowadays, and for the last 15+ years, has been World of Warcraft (WoW). There is no way you have not heard about it as it is a cultural phenomenon, not just the most successful MMORPG of all time. Blizzard Entertainment truly made the right move when they took the world from their hit real-time strategy series and made an open world, online RPG. Almost two decades later, millions of players till paly it on a daily basis, an unprecedented success in any industry, let alone the world of gaming where things change more quickly every year.

1. Playing it the New Way

Speed has become something of a standard when it comes to playing games. Speed runs are very popular, when players complete entire games in record-breaking times that even the developers believed impossible. In WoW though, you cannot really do this, but there is another thing that you can and should do as fast as possible. That would be gearing.

Getting better gear is the bread and butter of WoW. It is a system that has not really changed in almost 20 years and how all other role-playing games operate. You need better weapons, armor, and other items if you mean to progress further. Your in-game hero cannot beat stronger enemies and other players if their gear is poor. But to be able to get better gear, you already have to be strong and able to enter endgame content. It is a bit of a paradox that not every player knows how to deal with.

In order to overcome these struggles, you need to know about the fastest and easiest ways to gear up in World of Warcraft. In this article we will talk about this very topic and give you all of the information you need to be the best player you can. Read on to learn more about how to properly get high stat equipment in the most popular MMORPG title ever.

The easiest and most common way players can gear up quickly is by being boosted. Boosting is a practice in which highly geared players party up with low gear players and help them beat challenging and difficult endgame content. They would not be able to do it alone, or with players of similar skill and gear combination. This service is popular in many games, but in WoW it is a whole business that stretches outside of the very game. Being boosted is also quite fun and educational because you get to play with some of the best players on your server and learn about their tactics, moves, and choices both in PvE and PvP content. If you want the absolute fastest and easiest way to get better gear, look no further than boosting. New WoW content is just around the corner so there is no time like the present to get geared up and ready for it. You can learn more about how to get boosted by checking out https://buy-boost.com/wow/sepulcher-of-the-first-ones-sotfo-boost.

This seems like poor advice but bear with us here. Newer expansions in WoW have introduced a system that has received mixed reviews from the players, but it is actually quite good if you do everything right. It involves a bit of grinding, but MMORPGs usually do. The Great Vault rewards are your best chance at good gear in WoW. Every week you will be rewarded for the amount and difficulty of content you do. For example, if you beat three raid bosses, you get one prize to choose. If you beat 6, you get another, and for 9, you get one more. The same system exists for Mythic+ dungeons. Complete 1 and you get a reward choice. For 4 and 10, you get two more. PvP is also there. For 1250, 2500, and 6250 honor points in rated PvP, you get three more choices. If you complete everything, you will get a choice of 9 items next week. The higher the raid, Mythic+, and PvP ranks, the better the items.

This guarantees one high level item per week, but that is not all. As you do these challenges and play the game as it should be played, you will also be gearing up. Completing raids, dungeons, and PvP gives you rewards as well, meaning you will be getting rewards for the progress every now and then only to get one high level item at the end of the week as a reward. The players who always complete their Great Vault progress are usually those who are better geared. Of course, you need to be a bit lucky with the drops and the wins, but the more you play the better you will get. By just playing the game enough you will eventually get better and better gear more and more quickly.

Farming gold from professions and otherwise gives you a nice way of buying BOE (Bind on Equip) gear from the Auction House. These items are usually overpriced, but if you have some friends to help you, a guild to back you up, or another character with a bunch of gold, you can buy some high level items and be better off than you were. This is a nice way of getting starter gear, or to take your item level over the threshold for a higher endgame content difficulty. It is never easy to get gold in WoW as it requires a lot of time spend in the game, but certain professions like fishing offer some speed run chances at incredible amounts of gold. Be sure to try it out!