Gift-giving has been a part of human culture since the dawn of time. Our society has long considered it to be an essential thing. You’re showing someone you care about them by giving them a present. As a society, we exchange gifts on a variety of special occasions, from birthdays to Mother’s Day to Christmas.

In fact, gift-giving has become so widespread throughout the globe that many cultures have created unique customs to commemorate the occasion. As a result, we’d like to provide you with a brief overview of gift-giving traditions across the world. Among them are a few of the more intriguing.

Tips for gift-giving across cultures:

Gift-giving in China is based on respect and appreciation, and there are strict etiquette norms. When it comes to Chinese gift-giving etiquette, it is expected that the receiver reject the gift at least 2 to 3 times. The sender must keep up the pressure until their gift is accepted.

As a mark of respect, it is customary to give the present with both hands. It’s also important to pay attention to the color of the wrapping paper: red is a symbol of good luck, gold is a symbol of prosperity, and yellow is an indicator of pleasure.

One of the most unusual traditions in Indian gift-giving is the custom of giving gifts with both hands or just the right hand, since the left hand is thought unclean.

When celebrating a special event, money is typically presented as a gift in India, and the odd number is regarded to bring good fortune. Sweets are often given as gifts to friends and family during festivals in India, where they are commonly exchanged among relatives and friends.

You should use extreme caution while presenting a gift in Japan. To the Japanese, presents are not merely a nice gesture; they are an essential part of the culture. It is not a good idea to surprise them because if they are unable to instantly return anything that was given to them, they will feel ashamed and humiliated.

You should gently inform them that you’ll be handing them a tiny memento of your time together. As a rule, it is not customary to open the present at the time it is delivered.

Checkout Beaviss.com for more than just gift-giving ideas from across the globe. Over 95 nations are covered by this website, which provides comprehensive cultural knowledge.

As Egypt is mostly Muslim country, it is considered a kind gesture by many Muslims when a non-Muslim stranger greets them at the start of Ramadan. Don’t bring wine as a gift to a Muslim household unless you you are confident that they drink.

You should always give presents in Ghana using the right hand while delivering them. It is up to the giver whether or not the present is opened right away. If the receiver does not open the present right away, it does not always mean that they do not like it.

Expensive gifts should be avoided while visiting Russia since they might be seen as bribes. Gifts of flowers packaged in an even number are intended for funerals and should not be given to a birthday or holiday party. Yellow flowers, lilies, and daisies are all examples of this.

When receiving a gift in Russia, the recipient has the option of opening it in front of the person who gave it. This doesn’t mean that they don’t like the gift. As a result of the Soviet system of government, Russians celebrate New Year’s Day with more passion than they enjoy Christmas. For many Russians, giving them a bottle of vodka would be seen as an unimpressive gesture. The idea may even be seen as insulting by others.

They don’t place as much importance on gifts in Arab culture as they do in other cultures. This “gives hospitality a broader dimension” symbolism is represented by them. When guests arrive for dinner, it is customary to give modest presents like flowers and candies, and larger gifts like silver, crystal, china, and merchandise from well-known brands are also much appreciated. Avoid handkerchiefs of any sort since they are associated with the loss of a loved one and the expression of grief.

The Maasai people of Kenya bless a gift by spitting on it before presenting it to another person. People wish the receiver good luck by giving them this as a token of blessing. In Kenya, spitting is a significant cultural ritual. Before shaking hands with someone, it’s usual to spit on their hand and on the forehead of a newborn child.

Price and brand don’t matter as much as  the artistic and cultural value of a present in France. In France, esoteric literature and music, together with chocolates, flowers, or liquor, are considered meaningful presents. Wine is typically seen as an improper present in France, as hosts like to select their own wine for dinner.

Gift-giving is a universal ritual, regardless of religion or traditions, in countries throughout the world. Some cultures focus heavily on the act of presenting a gift, sometimes dictating the specific way in which it should be delivered.

Other countries think that the way something looks is the most important thing, right down to the color of the wrappings and ribbons. For ideas on how to make the festivities even more memorable, have a look at the above-mentioned worldwide gift-giving customs.

Previous Malayalam Music – Origins and History
Next What if You Can’t Afford a Lawyer? 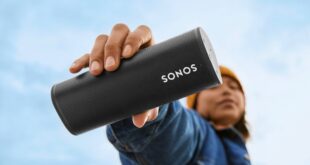