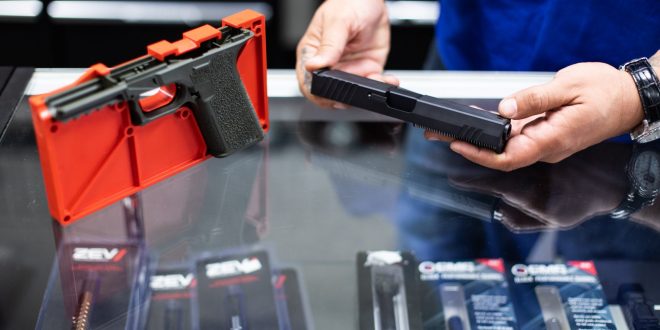 Gun fanatics are usually grouped into two categories: those who buy and those who build. If you belong to the second group, chances are you might have encountered buying and using gun building kits.

To fully understand gun building kits, it’s better to have a basic understanding of guns and their parts first.

Guns And Their Basic Parts

Guns may be classified as rifles, shotguns, and handguns. They’re used for many purposes, such as self-defense or hunting. If you’re one of those who have guns because you engage in the latter, there are many basic hunting guns and weapons you might want to explore.

The three can easily be differentiated from each other. A rifle is a long-barreled weapon with a spiral pattern of grooves (rifling) carved into the bore wall intended for precision shooting. On the other hand, handguns are guns with short barrels that can be carried in one’s hand. Lastly, shotguns are firearms that shoot shells containing either shot (small round pellets) or slugs (large round bullets).

Despite their differences, all of them have three major parts, which include:

This part of the gun comprises two parts (the butt and the fore-end).

The action is the heart of the weapon—many of the moving parts involved in loading, firing, and ejecting the guns shells or cartridges.

The barrel is a long metal tube drilled out to create a way for the projectile to escape. Expanding gas pressures drive the bullet down the barrel and out of the muzzle after its shot. The bullet or shot passes through the barrel of a rifle or handgun and shotgun, respectively.

If you’re new to gun-building kits, knowing the three significant parts of a gun would help you understand them better. This is to prepare you for some of the things that you might find surprising about them.

1. They Don’t Contain The Receiver

The basic definition of gun-building kits is a set of weapon parts that don’t include the receiver. Depending on the country, the receiver is considered the “gun” component of the weapon and may be regulated. It’s the part of the gun that houses all of the firing mechanism’s working components. You may visit here if you’re looking for AR15 lower receivers.

Among the three parts mentioned, the receiver is found in the Action part of the gun. It’s highly regulated in the United States, and thus, should be transferred to a Federal Firearms License (FFL) dealer. Anyone buying a receiver would go through the same background check and documentation as if they were buying a complete firearm.

This practice contrasts with other nations, where pressure-bearing parts such as bolts, barrels, and gas pistons are the ones that are regulated.

A receiver may also be made from scratch if one would like to complete the firearm.

2. They Are Available For Many Firearms

Whether you’re the type of person who likes pistols or rifles, such as the AKM and AR-15, there’s a perfect gun-building kit for you. They contain parts you’ll need to finish your own gun like a pro, without the paperwork.

3. You Can Get Them Customized

You can choose your gun-building kits from various barrel lengths, colors, and trigger classes for customization. Even if you have any of the three kinds mentioned, you always have the option of adding lenses, sights, muzzle devices, and other accessories to your gun.

However, just like usual concerns with customizing anything, it’s important to emphasize that you have to ensure that the parts are compatible. Remember that there may be parts that won’t work well with another.

If you’re afraid that you might get caught purchasing gun-building kits, one thing you should know is that they’re legal.

The Gun Control Act of 1968 (GCA) contains specific provisions for persons engaged in gun trading. First, the law requires that these individuals must be licensed by the federal government. It’s because making guns and ‘finished receivers’ for sale or export without a license is illegal. Gun retailers are also mandated to conduct background checks on potential buyers and keep records of their sales.

However, the law doesn’t say anything about building one’s own gun for personal use. This is used by many as an argument for the legality of gun-building kits.

However, it’s important to note that states such as New Jersey, California, and Rhode Island have additional rules for using and buying guns. Thus, before making a purchase and payment, make sure you understand and follow all local regulations.

5. You Can Buy An Unfinished Receiver For Your Gun-building Kits

If you have an almost complete gun that lacks the receiver, but you don’t want to get into the hassle of background checks, a partly assembled receiver might be good for you. This type of receiver isn’t legally a weapon, so it’s not covered by regulations. They’re legally manufactured and exported and readily available online and at gun shows. They only need a little polishing, and they’re ready to go.

The downside, however, is the use of gun-building kits and unfinished receivers contribute to the existence of ghost guns. Some ghost guns have been illegally sold and used in crimes.

6. They Can Be Used With 3D Printed Parts

3-D printing involves printing thin layers of (usually) plastic on top of each other to create an object. In the community of gun enthusiasts, individuals design, build, and share printable gun plans. Some of them even have successfully developed guns that can fire hundreds of rounds and personalized bullets explicitly designed for 3D-printed guns.

Sadly though, this practice is also seen to have contributed to the prevalence of ghost guns.

7. Building With Kits May Be More Expensive Than The Fully Assembled Guns

There are many advantages of purchasing a fully assembled gun. First is they’re usually less expensive. Another advantage is you may get dealer support in case you need changes or repairs.

This isn’t the case, though, for those who like to build their own guns. Some want to make their own because they’re guaranteed that only the right components are used. Furthermore, it assures them that they would understand how the gun works for troubleshooting issues. This approach, however, might be more expensive than the regular ones.

8. Creating Guns From Building Kits Is Not As Easy As You May Think

Though some say it isn’t hard, and all parts are readily available, a gun-building kit isn’t as straightforward to use as they say it is. It requires time and careful study of what one wants to build.

Except for some, assembling most firearms from parts kits is a time-consuming operation that necessitates the materials and knowledge needed to construct the weapon correctly. It may not be even realistic unless you’ve got plenty of time, qualified, and have the necessary equipment.

Using gun-building kits may be significant in building the gun of your dreams. However, knowing the information included in the list above can help you maximize its uses and avoid negative legal repercussions. 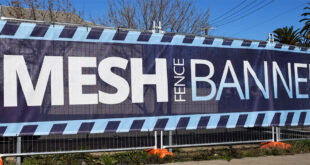 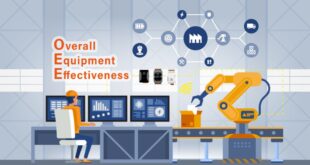 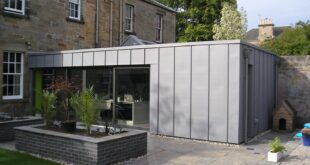