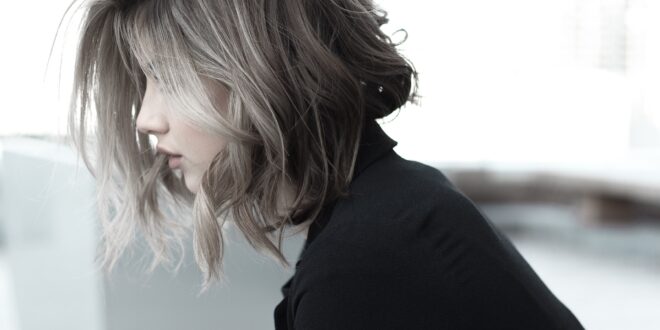 Without any doubt, you’ve heard many different myths about hair. There isn’t a chance in the world that you haven’t heard at least one of them since there are so many of them. Some of them are so popular that people actually believe they are true, and there is nothing you can do to change their minds. Plus, we can say that the majority of them can even be a part of the tradition.

But it should be said that most of them are debunked. Some of them can be prevented by using certain products. If you are interested in taking a look at some of them, you can visit WomenPremiumBeauty and inform yourself. Nevertheless, these are ever-present, we would like to talk about them. Without further ado, let’s talk about them.

One of the commonest myths about making your hair healthier is that you need to brush it more frequently. However, now we’ve learned that this is not the case. In fact, the more you are brushing it, the more damage you inflict to it. The reason is that you brush out all the hair that broke over time, and you are scratching your scalp. Instead of practicing this kind of brushing, you should do it way more gently, without having any contact with your scalp.

When it comes to newborns, we can see that most people think that shaving their heads will prevent possible baldness. It should be said that there isn’t any truth to this story. So, there is not a chance that the baldness inherited from someone in the family can be prevented. If a child’s grandfather, father, and uncle have this trait, it will be inherited and there isn’t too much you can do about it. There isn’t anything you can do to prevent it.

Flakes are Result of a Bad Hygiene

People who have flakes in their hair are much more common than you might think. However, many people make mistakes by thinking that this is a result of bad hygiene. Instead, it should be said that there are a lot of different things that can trigger this. One of the commonest factors is seasonal changes. Furthermore, sweat can play a pivotal role in them appearing. In the most severe case, they can be the result of scalp psoriasis, a condition that you need to treat seriously.

Stress and Fear Can Make It Grey

One of the biggest misconceptions about hair turning grey is that the two major factors that influence it are fear and stress. However, it should be said that this is not the case. Even though they have some kind of influence, they are not the main factors that turn it grey. What can happen is that oxidative stress is triggered by these two factors, who will damage the pigment cells in your hair. In fact, factors like vitamin deficiency and genetics have a much more important role in it turning grey.

There is a pretty dubious trend of not letting your scalp of producing oil. The production is stopped by washing oily hair every day. We can see that this is one of the biggest mistakes people can make when it comes to their hair. There isn’t any way you can prevent this production from happening. However, washing it every day can definitely decline the level of oily and greasy look. But we can see that there are some studies that the squeaky-clean feeling you feel when you go through your hair is not as good as you can presume. Therefore, don’t overdo it.

Hair Loss is a Male Exclusive

Sure, we completely agree that hair loss and baldness are much more common among men. But, that doesn’t mean that women cannot experience something like this. The truth is that hair loss can happen to pretty much anyone at any time. However, with women, this loss is manifested by it becoming more thinner over time. As you know, with males, this is a much more extreme occurrence since they can lose all of it at an early age. There is something you can do about it, but some severe cases cannot be prevented.

Different from a really popular belief, cold water will have absolutely no influence in making your hair shinier. There isn’t any proof for these claims. When it comes to what you can actually expect from washing it with cold water, it can help you with minimizing the fizziness since it flattens it down. So, you cannot expect anything from it in other fields, you can be sure of that.

Using a Lot of Shampoo Damages It

Due to the rise in the usage of different products for washing hair, a number of theories about how it can damage it have risen practically from nothing. Well, it should be said that there is some truth to it, but it doesn’t have all the damaging effects people mostly believe in. You can this process even smoother by selecting a product for your type. In this case, you will see that there isn’t absolutely any chance of this happening. Naturally, if you use the wrong products, the chances of this happening are high.

Do Not Use Conditioner on Greasy Hair

One of the biggest mistakes people make is that greasy hair is caused by using conditioner. This is simply not true. There are a lot of different factors that cause it, and the conditioner is not one of them. But that doesn’t mean that you should use it all the time. Instead, use only the amount you need for your ends. This will be more than enough.

In some special situations, you cannot imagine your style without wearing a hat. There are some misconceptions about hats having a bad influence on your hair. In fact, if you think more clearly about that, you will see how actually wrong it is. All of it is grouped under it and it doesn’t let it fell off at all. So, don’t worry about it and wear hats without any problem. 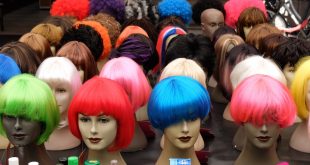 9 Tips for Maintaining Wigs Every Day 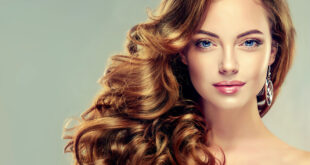 3 Health benefits of Using a Scalp Scrub for Your Hair 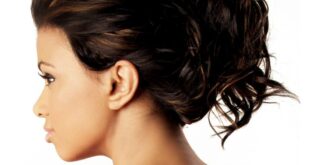