We are currently in the first week of the World cup, waiting for all teams to play their opening games. One thing is certain, and that is the fact that this might be one of the most interesting tournaments ever. The reason for that is that there are already some huge surprises seen in the opening week.

That is especially the case with the game between Saudi Arabia and Argentina and loss of Argentina that no one expected. Another big surprise is that Japan managed to win against Germany. Those who are interested in betting should know that these two games combined could provide you with a winning of over x150. If you want to try some other predictions and interesting combinations, visit bet365.

There are so many interesting details about the teams, their stats, and possible formation, but also about history. Previous tournaments can show us some valuable data that might help people predict the main favorites and possible winners. For example, there was a curse where the winner of the tournament usually fails to pass the group stage on the next one. That is called a France Curse.

However, the chances for that trend to continue are very low. France won their opening game against Australia, and it seems that they will do the same with other teams in group D. The only challenging opponent for them might be Denmark. France has a very strong team with some of the best players in the world in every position.

Therefore, it is not a surprise that a lot of people think that they might manage to defend the title can win the World Cup again. It is very rare for a team to win this tournament more than once in a row. We are going to present you with some details about teams that managed to win two World Cups in a row and if there is a real chance for France to achieve the same.

That Happened Only Twice

Winning the World Cup is the most prestigious title in football. Doing that twice in a row represents an amazing achievement. Only two teams managed to do that by now, and that was a long time ago. The first team that managed to defend their title was Italy in 1938 after winning the cup in 1934. Another team that did the same was Brazil, which won the cups in 1958 and 1962. There was a huge chance for Brazil to repeat the same success in 1998, but they lost in the final.

Can France Defend the Title?

They are among the main favorites to win the World Cup. Therefore, there is a decent chance to see France going home with the title for the second time in a row. Still, it is too early to make any predictions, and some surprising results are the main reason for that. First of all, Argentina is listed in the top 5 favorites, yet they lost the game against Saudi Arabia. They can still pass the group, and this loss might be a sign for them to improve some things in the team.

When we compare them with France, it is very difficult to conclude which team is better. Argentina has Messi, which is one of the best players of all time. The rest of the team is also on the highest level, but that is the case with France as well, especially when it comes to attacks with Mbappe, Giroud, Dembele, and more. This attacking formation is an excellent combination of talent, skills, and experience.

Another serious rival is England, who is also among the main favorites. They are waiting for a very long time to win on this tournament, and it seems like their team is properly prepared this time. They win the opening game against Iran with a result of 6 to 2. Their midfield is especially strong, while the attack is covered by one of the best forward players today, Harry Kane.

When it comes to Brazil, they are known for always being a favorite for winning. The same is on this tournament. It is not a surprise when you have players like Neymar, Raphinha, Richarlison, Thiago Silva, Alisson, and more.

We are sure about one thing, and that is that we can expect a lot of interesting games even when underdogs are playing against the biggest favorites. The play-off round is crucial for France. Anything can happen after that.

We have to mention some underdog teams that might become a huge surprise. We will start with Japan and Saudi Arabia. The interesting fact is that it is quite rare that any Asian team even manages to pass the group stage. This might be the year when we will see more Asian teams in the play-off round.

Furthermore, group H can be very interesting as well. While many people think that Portugal will easily secure the play-off stage, keep in mind that Ghana and South Korea have a lot of excellent players and that they might manage to surprise as well. Also, Uruguay will be a very difficult opponent.

A similar situation can be seen in group G. The most interesting thing is that this group is almost the same as it was in Russia in 2018, with Brazil, Serbia, and Switzerland that will compete against each other again. While Brazil is already marked as the leader in this group, Switzerland is never an easy opponent, while Serbia can surprise as well. Cameron has a lot of great players, and they can become an obstacle for others in this group.

The opening game can say a lot about the motivation, tactics, and style of play. In that matter, the fact is that France is one of the main favorites to win this tournament. Still, it is too early to make this prediction since there are still many games to be played. The most important thing for them is to stay focused and think only about the next opponent. 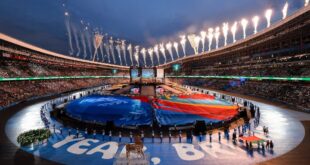 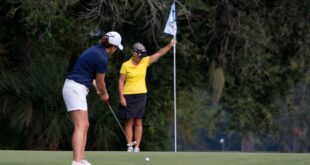