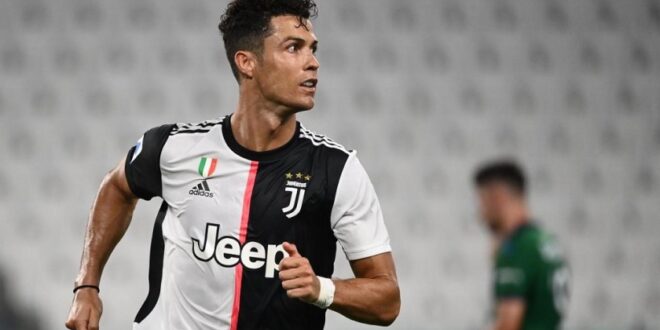 Who are the Highest-paid Footballers in 2023?

Football as a sport is popular for making its players rich, especially when they are at high levels in the field. A lot of money goes into paying the players, ranging from the mouthwatering wages paid weekly to sponsorship deals running into millions of dollars. All these help to ensure that they have financial security for their lifetime and those of their family. For quick details of these highest paid footballers, click here.

Notwithstanding the economic crisis ravaging the world in 2023, footballers at the highest level seem not to be affected by the global shutdown. Forbes recently published the list of high earners in the sports industry. The worth of the highest footballers as researched on our top informative blog amounts to almost £500m – not bad for playing football!

The Juventus star is currently at the top of the list released by Forbes. His net worth is placed at $105m; this is $45m from endorsements and $60m as his salary. In the world of sports, Ronaldo ranks number 2, following Tennis god, Roger Federer. For the first time, Federer is at the top of the chart for the world’s richest people in sports with a net worth of $106.3m – That’s got to hurt the competitive nature of Ronaldo.

This sworn rival of Cristiano Ronaldo is just behind him on the list with a net worth of $104m. His fortune was cut short by $1m shy of Ronaldo’s as a result of the decision of his club, Barcelona to slash the wages of their team members due to the coronavirus pandemic. However, don’t feel to bad for him, we are sure he will be able to cover his bills.

Neymar is sitting pretty on the third position with $95.5Mn as his net worth. The Brazilian earned about $25m from his various endorsements and about $70m as his salary at his club, PSG. Although he is yet to step out of the shadow of both Ronaldo and Messi, and least his burgeoning bank balance will likely continue to grow.

This Liverpool footballer is undoubtedly the most paid player of the Premier League currently. He is number 4 on the list with a net worth of $35.1m this year. The Egyptians got $12m from commercial deals and $23.1m as a paycheck from his club. Oh, he also got a Premier League winners medal to go with his shiny Champions League medal from last season – nice.

The youngest player on the list at just 21 took the fifth place and is estimated at $33.8m this year. Of course, the talented French World Cup winner has all it takes to make more than enough in his budding career and will surely top this list in the next few years despite having pretty much already completed football.

Age is no barrier to earning the big bucks and 36-year-old Spaniard Andres Iniesta is proof of that. 674 appearances for Barcelona allowed Iniesta to name his price after leaving the Catalans and he certainly did that signing a three-year deal with Japanese outfit Vissel Kobe in 2018. A hefty sponsorship deal with Asics has helped boost the coffers further taking Iniesta’s worth to an enviable £23.7 million.

World Cup winner, La Liga winner, German Cup winner, FA Cup winner, Mesut Ozil’s trophy cabinet is bulging like his wallet even though he comes under regular criticism for rather lackluster performances at current club Arsenal. After signing a five-year deal in 2013 with the Gunners, his contract was extended in 2018 with a deal worth £350,000 per week, throw in a sponsorship deal with Adidas, and it is not hard to see why Ozil is worth £23 million.

Love him or loathe him, no doubt about it, Manchester United midfielder Paul Pogba has market value and star appeal. He is also pretty handy on a football pitch to have won the World Cup and four Serie A titles. Those successes at Juve led to the Frenchman returning to the Red Devils in 2016 for a then world-record fee of £89.3 million and along with a hefty salary, a sponsorship deal with Adidas means Pogba’s value stands at £22.8 million.

After 200 appearances for Chelsea, Brazilian youngster Oscar shocked the world by deciding to switch the Premier League for the Chinese Super League. It looked a decision based purely on money with Shanghai SIPG eager to splash the cash in order to get a ‘big name’ and dominate Asian football. To this day, Oscar is still at Shanghai and one cannot argue that if money was the motivation, then it was a smart move with Oscar’s value sitting at a cool £22m.

Arguably one of the best strikers currently plying their trade, Barcelona’s Antoine Griezmann has been hot property for some time now and it was inevitable that he would end up at one of either Real Madrid or Barcelona upon leaving Atletico Madrid. Despite his debut season with the Catalan’s did not quite go to plan, Griezmann still earns a hefty salary and endorsements with Puma, Head and Shoulders, Gillette, and Huawei, it is no surprise to learn the Frenchman has a value of £21.4m.

To find out more about the footballers in this list and many more, head to some other football news sites to get your fix of football news and high paid statistics.

Here it is! The list of the best-paid footballers from the lowest to the highest, their worth and their football clubs: