How Accurate is DNA Testing for Ancestry?

There are so many DNA test-related questions that ordinary human beings often try to find answers to. How accurate is DNA testing? Can a person get DNA from a strand of hair? Can we use DNA to test Ancestry? These are a few of the common questions related to DNA testing.

Every day a new family history story is revealed by DNA testing. Adopted children find their birth parents, children who were conceived using a donor, know their biological father’s name, and genealogists help to uncover the ancestral origin by breaking down the wall of brick.

But on the other hand, your privacy is at risk, which might concern you for taking a DNA test, or there are so many doubts regarding the DNA testing which may lead people not to take it.

What is Genetic Ancestry Testing?

Also known as Genetic Genealogy, Genetic ancestry testing can be done by people who are curious to learn about their family history, more beyond what they actually get to know from their parents and relatives or from historical documents, if any. By examining your DNA variation, you can get clues of your ancestor’s origin and know deeply about two families’ relationships.

There are certain variations in specific patterns that are often seen to be shared by people having the same backgrounds. The closer two people, families, or the populations are, the more they will share patterns of variations.

There are three different types of testing of genetic Ancestry which are commonly used for genealogy.

This Y chromosome is tested chiefly to see if two families having the same surname are anyhow related to each other.

Mitochondrial DNA is passed from the mother, so can be done by both male and female. This testing provides information about a person’s direct related female ancestral line. Mitochondrial DNA testing is most common and most useful as it gives information about the female ancestors, which are difficult to find out and are generally lost from the maintained historical record due to surname culture that is passed on from male to next-generation males.

These Single Nucleotide Polymorphism (SNP’s) tests assess enormous quantities of variation across an individual’s whole genome. The results of which are then compared with other people who have done the same tests, which provides an estimated idea of a person’s ethnic background.

Say, for instance, your Single Nucleotide Polymorphism pattern shows that you are 50% Asian, 20% European, 25% African, and 5% is unknown.

The Genealogists do this test on top of the Y chromosome test and mitochondrial DNA test. Both of them show one ancestral line, which will not capture the whole history of a person’s ethnic background.

The GPS Origins ancestry DNA test permits you to discover your DNA’s starting point by taking further into your past family ancestry DNA tests. This has the ability to find your ancestry history identified with specific towns, urban communities, or villages. GPS Origins consolidates the latest exploration in hereditary qualities with another procedure of familial following, which is called Geographic Population Structure (GPS) to distinguish your DNA inception correctly. It incorporates an entire familial legacy that combines roots with significant verifiable occasions and date stamps to portray your DNA advancement after some time. The GPS Origins test is profoundly accurate, yet it very well may be influenced by the inception of the family. In the event that both of your folks have begun from a similar country or same topographical area, the consequence of the test would be accurate yet varies marginally if the two guardians are started from various continents. The test can be completed utilizing a mouth swab test investigation.

Test results are compared with different past results of people kept in the company’s database. So, the estimates done by two separate DNA centers can be different.

Most of the human population has migrated from one place to another many times in history. They are likely to be mixed with the group of people of the place they stayed. Therefore, the test result may not be accurate or may be different from one’s expectations.

In ethnic groups with a more modest scope of hereditary variety because of the gathering’s size and history, most individuals share numerous SNPs. It might be hard to recognize individuals who have a moderately recent common ancestor, like fourth cousins, from the whole group.

With modern technology and a vast database, the accuracy level of ancestry DNA is over 99 percent. The kind of science done at Ancestry DNA is cutting-edge. This implies that as science and technology progress, the Ancestry DNA results will give more precise outcomes about the historical backdrop of the whereabouts of your ancestors and where they were from, where they used to live and who you are related to. In addition, as more customers from more parts of the world are included in the DNA testing and get added into the database, both the ethnicity estimate and matching results will also get better and better and will give more accurate results. 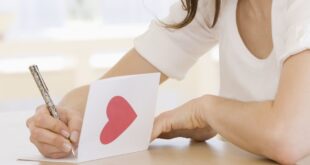 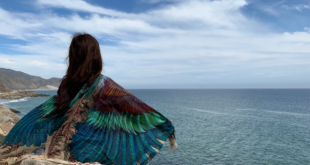