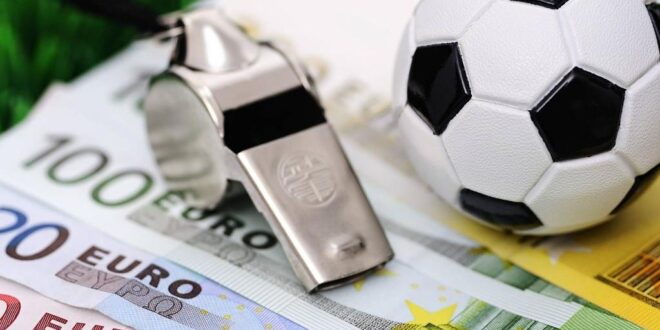 How the Football Transfer System Works in 2023

Players transfer season is one of the most talk about time in footballing season, because it is one of the important time that determine how the season of a particular footballing club will fared throughout he season.

However, a wrong turn of purchase could change a blissful prospective season to a nightmare. Tottenham Hotspur as a case study. Spurs had a wonderful season without adding any player to their rank in the previous season, but had a wrongful turn of events in the just concluded season.

Every summer (and winter too), vast sums of money are spent when top football clubs worldwide transfer players in and out of their squads. Once-upon-a-time, there was only one transfer window, and it was in summer, during the closed season. But in the 2002/2003 season, FIFA introduced another window that opened and closed in January.

The introduction of the winter transfer season is not just a means of transfer, but a way of rejuvenation to the club that had been going on the downturn in the current season. And, some clubs have judiciously used this medium to the utmost advantage. The likes o AC Milan that had been having difficulty throughout their current Serie-A campaign suddenly had a surge in their season with the addition of Zlatan Ibrahimovic to their ranks. And now, from 14th on the log at the end of January 2023, AC Milan is now 6th; vying for the European competition they might have thought is out of reach.

The sport of football is global, as is the transfer marketplace. When David Beckham was playing, he began his professional career at Preston North End before playing for Manchester United (UK), Real Madrid (Spain), LA Galaxy (USA), Milan (Ital), Paris Saint-Germain) (France), and of course the English national team.

As a norm, professional footballers agree to transfer deals with fixed terms that can last up to five years. When players move to pastures new before their contracts are completed, the new club they go to pays the old club a sum of money in compensation. This is known as a transfer fee.

Players are also sent out on loan, which sometimes leads to a permanent transfer after the loan period has finished. More importantly, this type of transfer is delicate and fragile as such transfer can involve the two football club that involves in this deal contribute to the wages of the player as it’s playing for the later club. A typical current example is Alexis Sanchez that is playing his trade in Italy, playing for the Internazionale Milan, which currently have his parent club to be Manchester United of England. Manchester United is currently paying part of the wages paid to Sanchez why he is playing for Inter Milan in Italy.

Furthermore, the loan deal can involve the singular club paying the wages in the case of Philippe Coutinho Correia simply known as Coutinho at Bayern Munich. As Bayern are paying the full wages despite been on loan from Barcelona.

Today, Barcelona’s Lionel Messi is the highest-paid player in the world, earning an annual salary of $84-million and receiving a further $27-million in endorsements.

It’s a similar story with transfer fees. Back in 1893, centre-forward Jack Southworth of Blackburn Rover was transferred to Everton for the sum of £400. It was allegedly the first-ever transfer fee paid in the UK. The biggest ever transfer fee to date is the £198-million paid for the Brazilian striker, Neymar, when he moved from Barcelona to Paris Saint-Germain.

So, who gets the money you may ask yourself. In the given example of Neymar the £198-million went to the club he was transferred from – Barcelona. It covered the buyout clause that was negotiated in his contract. In addition, it was reported that Neymar’s father and his agent, who were involved in facilitating the deal, received approximately £34-million.

Transfers are a bid deal in any country. Tottenham Hotspur, who changed managers last November needed to bring in new blood quickly to try and halt the slide in the team’s performance since losing out to Liverpool in the last Champions League final. It resulted in them acquiring three players in the January 2023 transfer window, according to Sportingbet – Gedson Fernandes from Benfica, Giovani Lo Celso from Real Betis, and Steven Bergwijn from PSV Eindhoven.

Fernandes moved on a loan deal with an option to make it permanent after 18 months, for a fee of £55-million.

Three January transfers played a significant part in rescuing Spurs’ season. Berwijn has struggled with injury. Fernandes has slotted in well, and Lo Celso, after early injury problems, is now beginning to show his true worth and is fast becoming a favourite with both the fans and the manager.

Those transfers and the return to match fitness of Kane and Son secured Spurs a sixth-place finish in the EPL and a place in the UEFA Europa Cup.

Another January window transfer success was Bruno Fernandes. He transferred from Sporting Lisbon to Manchester United for a fee of €55-million. He was indispensable in helping the Red Devils to finish in third position in the Premiership and qualify for the 2023/2023 Champions League competition.

Footballing transfer system is not just about the procurement of the players services, it is rather the embodiment of pricing the contract of the player from their respective football clubs. That is why the price of the player reduce with the increase in the age of the player and as it current contract life span reduce.

Lastly, transfer system was able to hold a meaningful part of footballing history because in each player’s transfer, the body of footballing association that is associated with each makes it a relevance venture that enable the beautiful to evolve and made the transfer a panache to footballing club economy, dominance and strength.