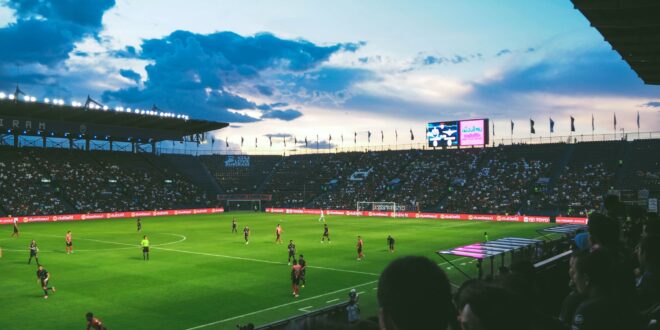 How to Watch Sports Online & On the Move

When it comes to watching live sports events online, it is fair to say that fans have never had it so good, with action available on a 24-7-365 basis. Live streaming services have become all the rage in recent years, offering people the chance to watch sports that they may not previously have been able to access. Knowing where to find live sport online isn’t always easy, with the internet awash with information that often leads to unreliable or unsafe services.

For instance, Sportslens has the list of best soccer streaming sites worth watching, but guides on other outlets can be extremely hit-and-miss. Read on as we take a closer look at some of the best places you can watch sports online and on the move right now.

If you are a Sky TV subscriber with Sky Sports included in your package, you can watch a wide range of live sports at no extra cost via the Sky Go app on either desktop and mobile. In addition to being the primary broadcaster for the Premier League in the United Kingdom, Sky Sports also offers comprehensive numerous other sports.
With Formula 1, golf, cricket, boxing, darts, basketball, rugby league, American Football, and more, Sky’s coverage is amongst the best in the business. If you don’t wish to take out a subscription, Sky also offers consumers the flexible option of daily or monthly passes via NOW TV.

BT Sport also holds the rights to screen selected Premier League matches, as well as the exclusive rights to the Champions League and Europa League. The firm covers various other leagues and competitions including the FA Cup, National League, Bundesliga, Ligue 1, and many more.
Ruby union, cricket, UFC, college basketball, and college football are amongst the other sports covered in-depth by BT. Subscribers can watch on television, online, and streaming on the BT Sport app, which is available to download on mobiles, tablets, smart TVs, and game consoles.

Hulu has been making waves in the live streaming sector in recent years, offering users the chance to stream games from the NBA, NHL, MLB, NCAA, Premier League, and many more. The service features more than 65 Live and On-Demand channels including ESPN, FS1, CBS, NBSCSN, ABC, and TNT, making it particularly useful for North American sports fans. Unlike many of its rivals, Hulu offers users the opportunity to enjoy personalized subscriptions based on their favourite leagues, teams or sports.

With no hidden fees, equipment rentals or installation appointments and the ability to switch plans at any time, Hulu is well worth considering for your online sports needs.

fuboTV is another excellent option for fans of North American sports, providing access to NBA TV, NFL Network, NBC, TBS, TNT, and many more. Where fuboTV particularly excels is the availability of regional sports networks available, giving fans the opportunity to receive comprehensive coverage of their team.
The base package, fubo Standard, features more than 100 channels, while services like Extra, Sports Plus, fubo Cycling, Latino Plus and Portugues Plus can be added to enhance the service.
fuboTV is available on the web or via dedicated apps for Android, iOS, Apple TV, Fire TV, Chromecast and Roku devices.

CBS All Access allows users to watch live sports, shows and news at home or on-the-move via your local CBS station, CBSN, CBS Sports HQ and ET Live 24/7. The service covers a wide range of sport including the NFL, NCAA March Madness tournament, selected PGA Tour events and much more. CBS also has the rights to the Champions League, Europa League, Europa Conference League and NWSL, making it a great place to watch live soccer.
Available on smartphones, streaming devices and game consoles, CBS All Access is one of the best sports services you can find online.

Founded in 2012, beIN SPORTS has since established itself as one of the primary broadcasters of top-class live sports. Soccer, rugby union, rugby league and motorsports are all featured heavily on beIN SPORTS, along with tennis, handball, basketball and athletics.
Fans can watch every minute of the action no matter where they in the world via the impressive beIN SPORTS CONNECT live streaming platform. Available to download to a variety of devices from your favourite app store, the service offers users a superb way to watch sport online.

ESPN+ is an alternative to the company’s regular sports channels, offering live content for users who would rather use streaming services. The company holds the rights to numerous top-class sports including MLB, NHL, UFC, ATP tennis, and PGA Tour golf. Fans can also watch a plethora of live soccer from the United States, England, Germany, Italy, Scotland, Netherlands and many more. ESPN+ can be accessed online or via dedicated apps for Android, iOS, Chromecast, FireTV, tvOS and Roku users.

Whether you are a die-hard sports fan or a casual viewer, Sling TV offers a huge range of options for streaming live sports online. Stream sports networks like ESPN, ESPN2, ESPN3, TBS and TNT with Sling Orange, or choose Sling Blue for even more action including NFL Network as well as local and regional NBC networks. Sling has more than 75 different sports channels, plus a massive choice of pay-per-view options for major boxing events.
The flexibility offered by Sling is its most attractive feature, allowing fans to tailor a package focused on the live streams they desire the most.

While there are plenty of ways to access illegal streams, if you want the best quality coverage it is always advisable to stick to legitimate services. Most modern tech devices are capable of delivering high definition streams wherever you are in the world, helping to ensure that you never miss a moment of the action. 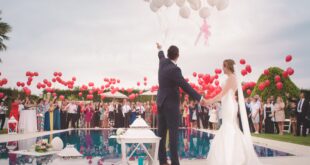