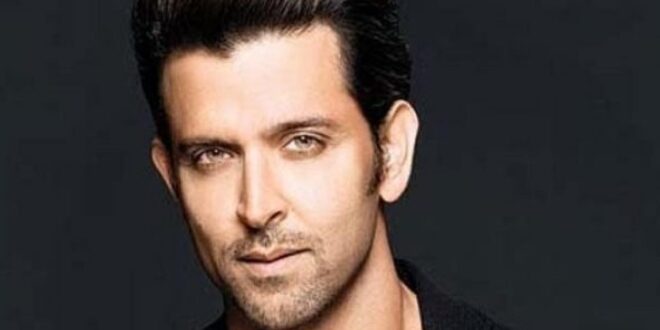 The net worth of the Indian actor Hrithik Roshan is considered to be around 45 million dollars.

Born in Mumbai, Maharashtra, India, Roshan belongs to the Indo-Aryan ethnic group of Panjabi people. His parents are Rakesh Roshan, the popular Indian producer, and Pinky. He comes from the family engaged in the film industry, since his grandfather, Jay Om Prakash, is also a director and producer.

When it comes to Roshan’s education, he earned a degree in Commerical, from Sydenham College.

As a child, he was traumatized by one extra thumb he was born with. He also suffered from stammering, which is a speech disorder reflecting the inability to speak continually without any disruption.

In 2000, Roshan played a double role as Rohit/Raj Chopra in the romantic movie called Kaho Naa… Pyaar Hai. Directed by Hrithik’s father, this movie got recognized and become a great success in the Indian film market. Furthermore, Hrithik was awarded for his performance in this movie. It brought him the awards for Bes Actor and Best Debut at the Zee Cine Awards, IIFA Awards, as well as the Filmfare Awards.

When it comes to the year 2002, it was not considered to be one of Roshan’s best years. In other words, the movies he played in were not as accepted by the audience as it was expected. The romantic drama called Aap Mujhe Achche Lagne Lage was not that popular, whereas the movie Mujhse Dosti Karoge did not do well in the Indian market, but was popular internationally. When it comes to Na Tum Jaano Na Hum, it was a bit more accepted by the Indian audience.

The main breakthrough in Roshan’s career happened in 2003. He was the lead role in the sci-fi movie Koi… Mil Gaya, and won six awards for Best Actor from Star Screen Awards, Apsara Awards, 10th IIFA Awards, Zee Cine Awards. After this success, he made a break from acting.

In 2006, Roshan had a triple role in a sci-fi movie called Krrish, alongside Priyanka Chopra and Naseeruddin Shah. Consequentially, he won several awards, such as Zee Cine Award, BFJA, and GIFA for Best Actor. That meant that his break was over and that he returned to the Bollywood.

He also won the Filmfare Award for Best Actor in 2006, thanks to his performance in the action movie called Dhoom 2, which has been the highest-grossing Indian film of all time, for two years.

Roshan starred in the 2008 historical romance titled Jodhaa Akbar and won two awards for Best Actor from Screen Awards and Filmfare Awards. That year had also brought him the first international award – an award from Golden Minbar International Film Festival in Russia.

A multinational romantic movie called Kites was filmed in 2010, and Roshan got the role of a dance teacher Jai. Despite the fact that this movie was not as successful as expected in India, it was well-received in North America. Furthermore, Roshan acted in the third sequel of Kites in 2013.

Roshan was married until 2014 to Sussanne Khan, an Indian interior designer. They have two children – Hridhaan and Hrehaan.

When it comes to religion, Hrithrih claims that he is not religious, but he practices Hinduism.

Previous Modest Proposal Ideas for An Essay – 2023 Writers Guide
Next Cage Fighting Referee Salaries 2023 – How Much do UFC Refs Make?