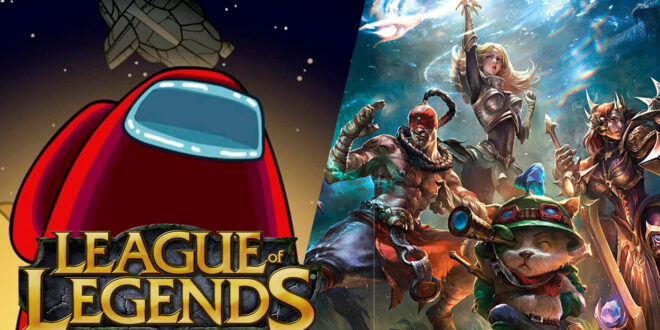 Interesting Things You Might Not Know Yet About League Of Legends

League of Legends is a team-based game with more than 140 champions to create epic plays with. All you have to do is find your perfect match and go on quests and championships. It is a fast-paced and competitive action-strategy game designed for people who crave a hard-fought victory. League of Legends is currently the reigning MOBA king. While eSport fans across the globe adore this game, there are still some facts that you may not know. Esports-betting.pro has published a guide to assist. Below are some things you might not yet know about the league of legends;

The game pays homage to a 14th-century Italian Fencing Master

The league of legends significantly references Fiore Dei Liberi, a famous Italian fencing master. Thanks to his numerous illustrated manuscripts, Fiore greatly influenced Martial arts. His manuscripts have survived over six centuries and have been references in various significant martial arts. In the League of Legends, the Fiora character uses fencing as her primary fighting technique. Her name is quite similar to the martial arts legend. Some of her moves are greatly significant to the illustrations on the Italian’s fencing master’s manual scripts.

It is one of the highest paying eSport globally

It is also worth understanding that League of Legends belongs to the largest paying competitive games in the eSport community. It features nearly 80 million dollars in awarded prizes since its release. This is more than some of the biggest eSports combined.

Players make a lot of money playing League of Legends. Koreans have worn the most collective prices of more than 5.6 million dollars from competitions among all global League of Legend players. This is about three times the amount that American players have won. It also beats the money made by players from other parts of the world. This is not because of any favoritism towards Korean players. It is just that Korean players are more invested and can hold their own in most competitions.

Viego, one of the newest League of Legend Champions, has an interesting and heartbreaking history

League of Legends has 140 champions so far. Viego is among the newest champions in the League of Legends. He is known as the Ruined King. About 1000 years ago, he was a ruler of a kingdom and perished while attempting to bring his wife back to life. His wife, Isolde, stabbed him to death. When his heart was punctured, the magic of the blade of the ruined king tried to bring him back, and so did the magic of the blessed water.

The process triggered his ruination and caused him to turn into the tortured wraith Viego he currently is. He is known for his ability to control Harrowings and unleash black mist. Nothing will stop Viego from slaughtering anyone that stands in his way on his continued quest to restore his wife and mend his broken heart. His wife was called Isolde. She was a seamstress. Viego was once immature, selfish, self-centered, and power-hungry before he met Isolde.

The Shadow Isles were once the Blessed Isles

The shadow Isles was once a beautiful realm turned into what it currently is by a magical cataclysm. It was once known as the Blessed Isles before the stabbing, death, and ruination of the ruined king, Viego. When Viego was stabbed, his heart was punctured by the blade of the ruined king, which attempted to resurrect him. However, he was inside the blessed waters in the blessed isles, where the water also tried to bring him back to life. The process led to the ruination, transforming the blessed isles into shadow isles filled with permanent black mist. The shadow isles are tainted and corrupted by evil sorcery.

Singed is the OG champion

Most recent League of Legends players do not know that Signed an OG champion. The mad chemist is the earliest figurehead for champions in League of Legends, along with other champions and characters like Annie, Sion, and Sivir. Signed has an unmatched intellect and has devoted his life to pushing the boundaries of knowledge with no price or sanity being too high to pay. He has lost a sense of humanity and leaves a toxic trail of misery and terror in his wake. His genius and no remorse or boundaries are why he is the OG League of Legend Champion.

This is one of those facts that stare you head on in the face until you realize it. This demon jester has inspired many creepy cosplays to deliver many nightmares. However, he is also somewhat lighthearted to engage in wordplay.

The BF Sword is a Reference to Boom’s BFG9000

In League of Legends, the BF sword is a basic yet expensive item. It does about 50 attack damage. It doesn’t make sense that the basic item fetches a lot of money. Naturally, rare items are usually more expensive. It probably fetches a hefty price because it got that 90s cool attitude acquired straight from the most extravagant weapon on Doom, known as BFG9000.

Many people do not know that Zilean, also known as the great Chronokeeper, is titled after one of the people behind the game’s design, Tom Zileas Cardwell. Tom Zileas Cadwell is a Riot Games’ design director. Zileas has a computer science degree from IT. The design director also has credits at Blizzard on Warcraft III (The Frozen Throne and WoW).

Apart from the information above, there are several other incredible facts you may want to discover about the League of Legends and its characters. This information will help make the game more interesting and fun. It will also give you better insight into the character, scenes, and the overall game. The internet is a great place to acquire all this information. League of Legends is by far one of the most popular and successful games in its sector.

Previous Is Cloud Gaming Set to Bring Browser-Based Gaming Back to the Front of the Industry?
Next Styles of Christian-Themed Jewelry and Tips for Choosing