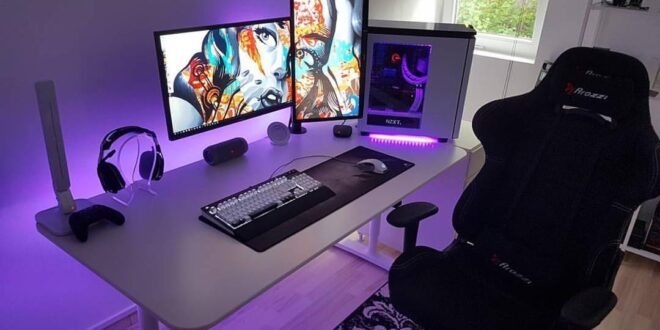 Is Dota 2 the Most Popular Esports Game in the World

The world of video games has really taken a turn in the last five or so years. Nowadays, the gaming industry is among the most lucrative branches of entertainment, drawing in millions of fans and generating billions of dollars in revenue. Thanks to such phenomena as video games content on YouTube and streamers on Twitch, games have stopped being simply a way to spend your free time. Instead, they are a legitimate job and a life’s calling for hundreds of thousands of people. Professional gamers enjoy celebrity status and whenever they decide to play, millions of fans follow suit. This has also opened new ways for sponsorships, business deals, and professional teams to have their part in it all.

Most of all, we have the world of Esports to thank for such a widespread of popular video games. Among the most played, watched, streamed, and followed ones in right now is Dota 2. The famous title has been at among the top games since its initial launch in 2013. Sporting a well-known and fan-favorite genre and formula, it has remained prominent for nearly a decade. In today’s article, we explore how popular it is and could it be called the most popular Esports game in the world. The game also has a large betting following, so if you are interested in that, check it out over at https://www.myesportsbettingodds.com/.

Developed and published by the juggernaut of the gaming industry that is Valve, Dota 2 first saw the light of day on July 9, 2013 when it was released on Windows. On July 18 of the same year, it became available on Linux and OS X. The game is a sort of a sequel to the legendary Defense of the Ancients (DotA) video game, originally a mode for the critically-acclaimed Warcraft III: Reign of Chaos and its expansion The Frozen Throne.

The original game is the creation of IceFrog, a modder and programmer whose alias made him legendary. Abdul Ismail, his real name, is also the Designer of Dota 2. Together with Valve, he created the new game by integrating all that made the original mode great, elevating it from the old game engine and giving it a new makeover, story, setting, and characters in the famous Source 2 engine. The modernized remake took the world by storm, and Valve’s hiring of IceFrog had a lot to do with it.

Reception was great and all sides, gamers and experts alike, and now enjoys the status of one of the greatest video games of all time. It has been give universal acclaim since most reputable sources like Metacritic, IGN, PC Gamer, and others rated it with at least 9 out of 10.

To answer the titular question of whether or not Dota 2 is the most popular Esports game in the world is difficult. This is largely because various different factors influence such a decision and it cannot really be fully determined. There are numerous other video games that are incredibly popular like League of Legends, Fortnite, PUBG, World of Warcraft, FIFA, Call of Duty, and Grand Theft Auto V. All of them have unbelievable support from players and media, as well as tournaments that bring the best players in the world to compete against each other for millions of dollars in prize pools. Of we were to try, we would have to make several lists and break down different kinds of numbers.

Dota 2 is usually in the top 10 when it comes to total people watching streamers who are online and playing the game. For example, at the moment of writing this article, there are more than 52,000 viewers watching hundreds of streamers play the game and broadcasting the gameplay. Mind that this is just one streaming platform, albeit the most popular one. There are seven games in front of it, League of Legends leading the way with more than 202,00 thousands viewers and FIFA 21 just narrowly beating Dota with north of 53,000. These numbers change during different hours of the day and when something new comes out in a game it usually takes over. Continuously staying in the top 10 is incredibly difficult and this game has been doing it for years. Maybe not the best way of judging its popularity, but certainly important.

The total number of monthly players who play the game regularly surpasses 11 million on the Steam gaming platform. In 2019, it was the second-most played game. In 2023, and the start of 2023, it has had around 420,000 players a day on average, at any given second, with peak numbers usually reaching between 600,000 and 800,000. These numbers are incredibly high for a game that is soon going to be a decade old. It means the content has been constantly above average, and the support from Valve incredible. The all-time peak for players logged in at the same time is 1,291,328, which happened in March of 2016.

There are four different tiers of Dota 2 competitions. They vary in typical prize pools. Tier 1 usually offer over $300,000 in award money, Tier 2 are at least $50,000, Tier 3, are $3,000, and Tier 4 are anything less than $3,000 in total. At any given moment there are dozens of tournaments on all continents, in all the different tiers. Professional teams compete in national leagues and cups, as well as international. According to many, the best way of judging the game’s Esports popularity is through the total prize pool in the world. If that is the final basis of our research here, then Dota 2 would be the second-most popular Esports title on the planet behind Counter-Strike: Global Offensive. Check the list below for total prize pools as of December, 2023: