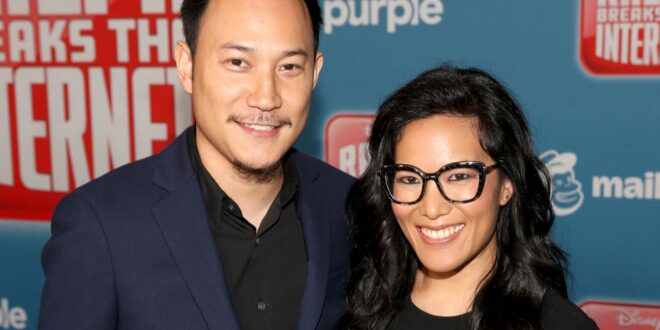 The world of celebrities is a lot different than the one the “common folks” live. We are surrounded by information about every person who’s made something of themselves. No matter what you do, what social apps you use or what kind of shows you watch, you know about celebrities and about their lives.

Have you ever wondered how much money the celebrities make and how they did that? The truth is, everyone can become famous if they focus on the right thing at the right time.

Are you a fan of stand-up shows? If you are like me, you’ve probably watched too many stand-up shows on YouTube, Netflix or some other stream service you use. Lately, I learned about Ali Wong. Her show popped up as suggested show on Netflix and I decided to give it a chance. And oh my God, did I love it?! I watched every other show that was available on Netflix and then I continued to Google her.

She talks a lot about her husband in her stand-ups and especially in her last Netflix special, so since she mentions some her husband that’s a guy with a Harvard degree who somehow makes less money than her (at least that’s what she said), I decided to do a bit of research about him.

Let’s start with this – Ali’s husband is Justin Hakuta. He was born in Los Angeles, California on October 18, 1981.

He comes from a mixed family. His father is a Japanese-American inventor as well as a TV personality, and his mother is Filipino. Hakuta has two younger brothers, so a family with three children must’ve made an interesting household.

Wong mentioned too many times in her stand-ups that her husband is extremely driven and hard-working and his biography proves that. He has a bachelor’s degree in Decision Science from Carnegie Mellon University. While studying decision science, he traveled to Mexico to study cognitive science, economics, and Mexican history at Tecnológico de Monterrey for a year.

Another amazing thing that Wong repeats over and over again about her husband is that he is an Ivy League graduate having achieved his Master’s degree in Business Administration from Harvard Business School.

After finishing his education, Justin started working on his career. He worked in different fields and departments of different companies.

He started his career as a sales and marketing associate and then continued to co-found All Day Buffet. The next path he chose is working as a research analyst.

Hakuta also co-funded Aviara and worked as a product leader. As a product leader, he managed a team of 10 contract designers and engineers and developed and launched different technology platforms.

Some of his next jobs included working as in product strategies, UX lead and he also had a job as a product manager.

Up until recently Hakuta as the vice president of a multi-million-dollar tech company GoodRx. While he was working in most of these positions, he was supporting his wife on her tours. He was doing that by helping out in her merch booth, selling T-shirts and swag to fans.

To promote a healthier lifestyle, he started Yogastart and collaborated with notable organizations like Tea, Seventh Generation, and Patagonia.

In short, we could write books about his business career. This guy did so much and excelled in every single position he had. And the amazing thing is, he is not even 40 years old yet!

Personal Life and Net Worth

Ali Wong and Justin Hakuta met at a wedding in 2010 and she asked him to attend one of her stand-up shows. He was captivated by her spirit and her sense of humor. In her Netflix special, Baby Cobra, Ali talks about him and how she thought Justin was a catch.

They got married in 2014 after four years of dating. They welcomed their first daughter Mari in November 2015. Their second daughter was born in December 2017 and Ali performed her first Netflix special when she was 7 months pregnant with her first child and performed her second Netflix special when she was, again, 7 months pregnant with her second child.

Even though Hakuta is surrounded by celebrities, as his father was a well-known TV personality and his wife is one of the best comedians of this era, Justin is very private about his own, personal life.

He is not very active on social media and most of the things we know about him are because his wife tells them to us. The couple is not shy to post many pictures of their daily struggles of having two kids.

At the moment, Justin is acting as a manager of his wife and he is one of her biggest supporters. Both of them travel together since they started dating.

Now let’s talk a bit about Justin’s net worth. When he was active in his professional career, he was really good at everything he did, so he actually made a lot of money.

His net worth is estimated to be somewhere around 1.2 million US dollars. However, his wife, on the other hand, has two successful Netflix specials, a movie, she appeared on many TV shows and she has a lot of writing credits. Her estimated net worth is about 3 million US dollars. In one of her specials, she joked about marrying a guy who has a Harvard business degree, so she could be a trophy wife and then ended up making more money than he does.

Both Ali and Justin look really happy together in her Instagram pictures and they look like the perfect match.

We definitely cannot wait to hear what Ali has to say about her amazing husband Justin in her next Netflix special! Until then, we will have to wait for him to become a bit more open about his personal life.

Is there anything that you know about Hakuta that others don’t? No matter what you do or don’t know, one thing is for sure, he looks like a really cool and happy guy and we do hope that he stays that way!