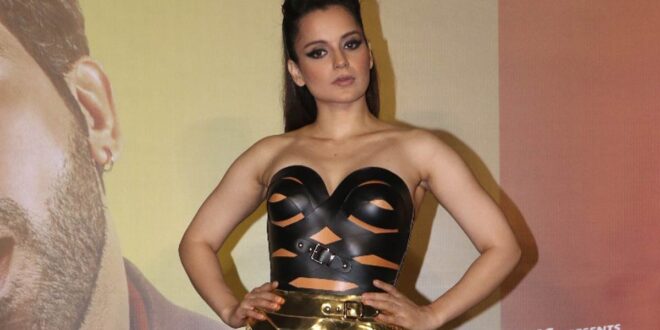 Kangana Ranaut is one of the highest-paid actresses in India and is making regular appearances on Forbes India’s Celebrity 100 list. She is also a director, having directed several movies.

Born on 23 March 1987 at Bhambla (now Surajpur), Kangana has an older sister and a younger brother. Her parents are Asha Ranaut, a school teacher, and Amardeep Ranaut, a businessman. Even as a young child, she had a rebellious streak: “If my father would gift my brother a plastic gun and get a doll for me, I would not accept that. I questioned the discrimination.” Her fashion style, often described as bizarre, confused her neighbors even as she was in high school.

She attended DAV School in Chandigarh, and her dream was to become a doctor. However, that didn’t work out for her and after a short stint as a model, she deiced to try her luck in acting.

Kangana enrolled at the Asmita Theatre Group to learn how to act. In 2006, she starred in Gangster, a movie that launched her to stardom. Her performance was praised by both the critics and the audience. She also appeared in Woh Lamhe in the same year.

Ranaut continued to be a rebel even after she became famous. Her bold statements have got her in trouble several times, but she doesn’t care and continues to speak her mind, making her somewhat a controversial figure in Bollywood.

Kangana Ranaut Net Worth is estimated at $12 million. Her annual income is about $3.4 million and she gets $1.5 million per film.

Previous Hot To Run, Grow and Transform your Service Business in 2023
Next Steven Furtick Net Worth 2023 – Early life, Career and Achievements