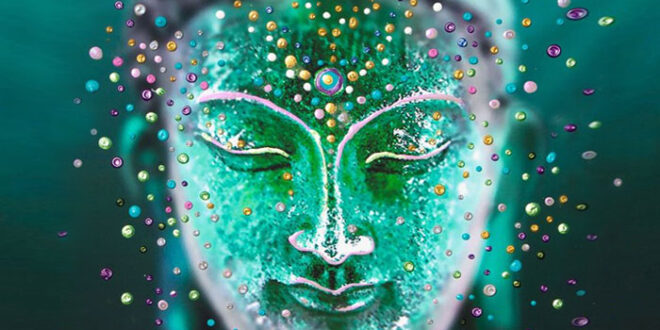 If life existed without any problems, it wouldn’t be life. Many people say and believe in the fact that life is simply another name for problems. But how true is any of this? Does life really have to be chock full of problems? Is there no way to avoid this? Are we really so helpless when confronted by fate in such a manner? And do our problems come our way on their own, without warning and without cause?
Everyone reading this blog must have faced some sort of a problem in their lives: career-related, financial, health-related, relationships, emotional upheavals, and more. While the causes of these problems may be different for different people, it often leads back to the same thing: karma.

There’s a general consensus among humans about the victims of “bad things,” which seems to be that they were somehow “bad people.” That isn’t always true, of course. Bad things happen to good people all the time, and good things trail bad people all the time. This doesn’t mean that the universe doesn’t have a way of realigning and rebalancing itself. Eventually, energies will fall back to where they should be, and the cycle of consequence will come full circle. This is Karma.

Something happened in 2017 that could explain this very well. For years in Iraq, the terrorist outlet ISIS had been terrorizing innocent people in the worst possible ways. From kidnapping and beheading journalists to keeping women as sex slaves. For years, they continued as if nothing could deter them, as if they were invulnerable. A group of them may have been the recipients of a Karmic rebalancing when the boars came.

In 2017, in what may be seen as an ironic turn of events, a herd of wild boars overran ISIS camps and killed 3 militants. Many seekers of hidden truth wondered if this was indeed a karmic event if the years of barbarism had brought this upon ISIS. And they weren’t wrong. We can be sure, though, that this boar attack isn’t where this will end. Like other factions and warring groups, ISIS has been accused of terrorizing many people. Many claim they have caused unspeakable pain and suffering. Such things always create karmic energy that needs rebalancing and perhaps this small boar attack was in fact an act of Karma.

Many of us have a fairly good idea of what karma means. For most laypeople, it’s payback. Popular in Hindu and Buddhist cultures and religions, karma is looked upon as if it were a collective sum of your actions in your life. The nature of these actions—good or bad—determines your fate.

But karma is far more complicated than that. It’s dynamic and precise and unforgiving in its certainty. It’s a phenomenon born out of laws that keep the universe intact. And the two things that give birth to karma are positive or negative acts, intentions, and thoughts. Yes, even thoughts!
No matter where in the world a person suffers or experiences pain, karmic energy is created—and if you were the cause of this pain, the energy would carry your name. It’s an energetic signature that carries your name for all eternity—karmic energy transcends time and space. This energy will always find a way back to you, no matter how long it takes.

This is also one of the reasons why you won’t find information on your karma solely in your akashic records. Since it’s a shared phenomenon, these karmic records are shared by you and the people involved. Think of a guided missile, seeking you across parallel universes and dimensions—that’s karma for you. And most of the time, the repayment that karma brings with it is greater than the suffering you caused.

Acts of loving-kindness like nurturing, generosity, friendship, tolerance, or self-sacrifice to benefit others create positive karma. And that energy will also loop across time to find you and reward you with benefits and blessings.

Contrary to how many people see karma, it’s not a mindless force. As a force, it’s intelligent because it is guided by information. It is, in essence, a redirection of energy. Its movement is automatic but susceptible to readjustment.

Is there a problem with humans when something bad happens to them? We might think that this is some sort of divine punishment, the workings of an angry God. That is, as it turns out, incorrect. The Creator doesn’t work that way. We think the Creator works that way because that’s what we’ve been taught to believe. We’ve been taught and indoctrinated to believe that the Creator will shower rocks from the sky and burn the world and inflict disease upon the human population because that’s what some religions tell us. This is a free will exercise with Earth serving as a special and extreme example of free will in action and what can go wrong. So it isn’t divinity that befalls us when something bad happens to us. It’s us. In many cases, more than we realize, our past actions are the cause of problems.
This is also why karma is perceived as a trap or denied entirely. But once we indulge in bad intentions and some sort of evil, we’re setting in motion a chain of events that will come back to haunt us, perhaps in this life or in some other life. We might not realize the consequences of our actions, and we might not anticipate their return to us, but that’s exactly what happens. And if it doesn’t happen right away, it will happen one day or another. But happen it will. That is the Law of Karma.

Can Anyone Avoid the Karmic Trap?

When we talk about avoiding problems and are not healing their cause, we need to look at karma. The root cause of many of our problems could be karmic retribution due to our own set of actions. So it makes sense to avoid karmic retribution by steering clear of all bad intentions and evils and to understand that karma itself is not a trap but a logical consequence of what we choose. It might be better to think of it as a teacher. Following the divine path and learning about divine wisdom are of utmost importance. The suffering of the self starts with ignoring these principles. The prevention of self-suffering starts by stopping the course of karmic energy in its tracks. And we need to be aware that as much negative karma is created by people harming themselves as from hurting others.

By following divine principles, you can become a better person and less a cause of harm in general. Eventually, you’ll gravitate toward genuine goodness without thinking too much about it.

Forums like Get Wisdom are places where members discuss karma, divine principles, healing, and akashic records extensively. Complex issues such as whether karma is a debt or not and if someone’s internal problems are caused by karma are discussed freely. It is truly a platform for truth seekers and the enlightened.

Previous How popular is Electronic Dance Music?
Next 10 Myths About Starting Moving Business How to Build a Resume for General Superintendent 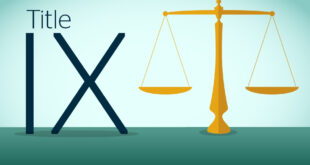 What is a Title IX No-Contact Order? 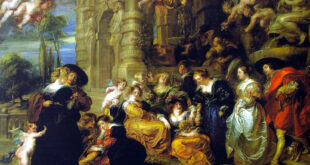 What marked the Rococo Period in Painting