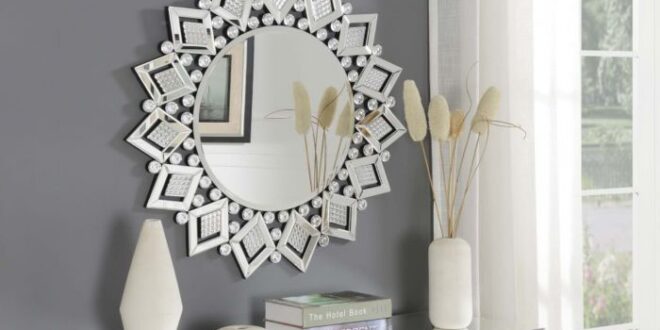 The first time man saw his reflection on the calm surface of the water, humanity began to change. After that, mankind remain aware of their appearance or better said they got an awareness of their look. Whether he liked what he saw or not, the man was somehow obsessed with his appearance. We always want to be aware of our outward form and very often we bring a decision about human personality regarding his look. That is how the need for defrosting arose. The first mirror was made of well-polished volcanic stone, and the oldest such mirrors were found in present-day Turkey and date back to 6000 BC.

Today, the technique of making mirrors has advanced so much that we have them in different shapes, sizes, and from different materials. The cult of mirroring is so strong among nations that the mirror has gained an important place in many fairy tales and historical stories. Although you may not have thought about it, there are a lot of mirrors in our living space. However, not all of them are intended only for observing one’s reflection. Mirrors are used in many sciences, they are an inevitable part of various experiments and industries.

And have you ever wondered how a mirror is made? The question of how the mirror factory operates in 2023 was very interesting to us. It is this mystery that our everbettermirror friends have solved for us. Stay tuned and find out how mirrors are made in a factory.

The mirrors are mostly made of glass. Glass is an ideal material for something like this because it reflects images perfectly. However, glass alone is not enough. There are two ways to make a mirror out of training glass in factories. The first method is chemical silver plating, and the second very popular is vacuum vapor deposition.

As its name suggests, silver is used for this method of factory production of mirrors. Silver nitrate dissolves in water. Sodium hydroxide and ammonia are added to this solution. Ammonia is formed in these compounds, and it is responsible for its dilution. This is how silver hydroxide ammonia, or silvering agent, is formed.

Cut and purified glass is immersed in said mixture. It takes a while for the mirror surface to form. When this happens, the excess solution is washed away. After that, a thin layer of copper and protective paint can be applied.

The purified glass should be washed first. It is then placed in a specific vapor deposition device. A vacuum of 0.1 to 10-4 Pa is created inside. Now the main part of this story takes place thanks to the spiral tungsten wire. Voltage is released through it, which produces a very high temperature. In this way, the aluminum alloy in the spiral evaporates. It turns into a gaseous state and as such settles on glass surfaces. And so the mirror is created. in some productions, the electric gun is used instead of spiral tungsten heating.

The described two methods for making mirrors are only the initial steps from which one moves on in the story of mirror production. We still have a lot to do, mostly related to the aesthetics of the mirror itself.

After we have made the base of the mirror, it is necessary to pay attention to the liner. Wood is most often used for the frame. This wood needs to go through many phases before it is ready to become a frame for a single mirror. It needs to be dried first. In dryers, the humidity is set at 14%, but it changes depending on the weather conditions. The types of wood that are most often used as a frame are pine and paulownia, but many others are also used.

Large pieces of wide and thick material are caught in the factories. From this raw material, the desired dimension is cut, which will later fit in and be perfect there for the mirror. They are cut in a line to be joined later. Latex and a machine that compresses and shapes are needed for joining. Care must be taken to connect and spread the wood. If this is not taken into account. Then there is the possibility of the wood bending or deforming.

Pasting is a major step in the production of mirrors. Gypsum paste is used to level the surface of the frame, as well as to hang it. The proportion of the slurry must be ideal to avoid cracking the plaster. After that, it is dried, and this process can take place naturally or in special drying ovens. Natural drying is cheaper, but it takes more time. Drying in ovens is much faster, but ovens are fabulously expensive.

When this is over, we move on to the details. Depending on the purpose and desire, it is transferred to the formation of patterns, cutting, and decorated surfaces of the frame. Excess gypsum mass is removed by polishing. This increases the smoothness of the surface of the frame itself. Care should be taken here as excessive polishing can lead to pattern wear or damage to the wood.

When the mentioned processes are completed, then it is time to cut according to the desired and necessary dimensions. Precise dimensions but also angles are taken into account here. Everything has to be perfect. After that, gluing and assembling are done. About how the mirror is placed and what the frame itself is like, the system of hanging on the wall is also left.

The backboard is very important in this process, even though you don’t even see it in fashion. After the frame is assembled, its precise dimension is determined. If the dimension of the frame is really large, then several panels are merged into one.

Just before the end, it is necessary to take another look at the mirror and the frame. Even the smallest irregularity is now puttied and polished. After that, certain decorations (for example flowers made of resin or plaster, etc.) are glued, and the plaster sticker needs to be dried well. After that, the frame is repainted easily or with spray paint. Only after a detailed drawing and drying of the paint, the mirror is ready for packing and transport.

As you can see, this process is not easy at all. It requires great attention, precision, and superior skill. However, the technology is constantly advancing, and in 2023 some more surprises and novelties are expected in the mirror factory.

Previous All You Need To Know About Enamel Pins – Types, Design and Usage
Next The Importance of Drinking Water For Our Health 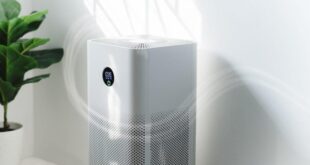 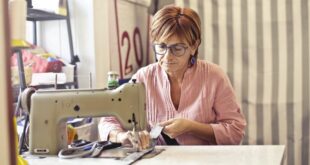 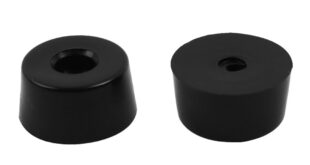