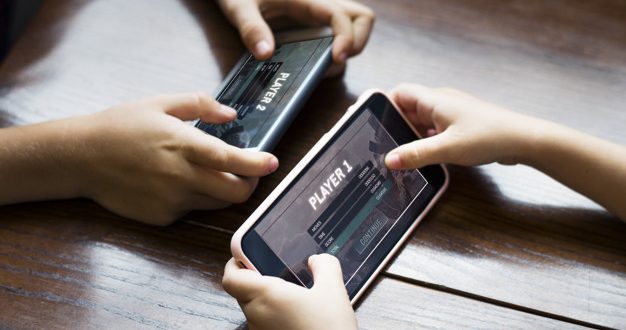 5 Mobile Gaming Trends That Will Define The Next Decade

The video gaming industry is a very rapidly changing one. Even more rapid and apparent are the changes in the mobile gaming sphere as it usually plays catch-up due to hardware found on our phones being less potent than the one utilized by other video game-playing devices. However, having these restrictions on them causes mobile games to find new ways to attract players and profit, creating standards of their own rather than conforming to those already existing ones. This causes different trends to crop up. Some evolving from the regular video gaming sphere while others flourish specifically due to the mobile gaming market.

For a long time now, video games have focused on the social aspect of the medium. The multiplayer games of all stripes have friend lists and party systems while even the game library programs such as steam possess the ability to add friends or interact with communities. Even single-player games utilize various social features, the most frequent one being scoreboards. Regardless of the way they are used, social features are an undeniably big part of video games nowadays. It’s no different for the mobile market as app stores are ripe with games that boast various social features. These features are becoming more fleshed out as time goes on, including a lot of personalization options into our everyday mobile video gaming.

The field of video games, just as any other entertainment medium, offers ample chances for profiting from your creations while simultaneously expanding your player base. We saw a few different approaches to monetization of video games over the past years and those models are now being utilized for the mobile gaming market.

One of the most noticeable ones is probably the micropayment system. This system allows your player base to support the game’s development by purchasing cosmetics, experience boosts, or other items of that sort. While microtransactions usually have no impact on the player’s capabilities inside the game they can be modeled in a way that allows the player to get more choices in customizing their playstyle by unlocking items that require frequent playtime instantly. However, you could opt in to making them exclusively aesthetical, reducing possible effects on the flow of the game and the progression of each player.

It’s also good to have some special offers like allowing players to obtain free premium currency or special cosmetics by subscribing to your social media. It can also be done as a part of other activities players partake in your game. Some games have multiple ways you can achieve these special boons, usually resulting in guides for them and thus more engagement with your intellectual property. This is evidenced by already present and established mobile games getting articles related to these offers. For example, there’s a guide on how to get free spins for coin master on borderpolar, achieving both more engagement from the players and the casual users of the site who may get interested in the game.

The utilization of this financial model allows for a constant flow of income and a continuous source of support if your game manages to garner a dedicated fanbase. This model is exceptionally potent for free-to-play games, allowing the players to indulge in the game and experience it without any initial investment while also giving them away to support developers as well as the game itself.

Speaking of financial models, it’s important to note the ever-increasing presence of ads in video games. The recent years in the mobile gaming sphere have been characterized by free games that contain ads in them. While adverts can be annoying and impede our engagement with apps they also provide a good source of income for those developers that aren’t quite sure about putting a price tag on their video game. It’s also a good alternative to micropayment shops, as they provide a guaranteed source of income that isn’t dependent on your players being invested in the game enough to spend money on it. The presence of advertisements seems to be one of the most certain staples of the industry right now and doesn’t show a sign of stopping in the future. If anything, the additional visibility mobile gaming has received in recent years only makes it more attractive as a marketing asset and thus draws more advertisers into the mobile gaming category. Knowing how to optimally use your ad space while also making ads less bothersome for your users is a fine balance that’s very important to learn.

Ever since Cookie Clicker blew up with over a million hits on its page during 2013 the idle gaming has been on the rise. Idle games are probably one of the most unique yet simplest experiences on the market, being based entirely on the premise of a number going up. While means by which you make the number go up can vary, usually automatizing the whole clicking process by the end of the first hour or two of the game, the games in this genre are similarly addictive. This fascinating genre may not be the most populated but each game from it gets its time in the spotlight. It’s also a genre that plays well around the troubles of mobile gaming, allowing for intuitive controls of the entire game without having to resort to uncomfortable finger placements. There’s no doubt video games such as this will keep evolving in the mobile gaming sphere deep into the future, adding onto the already addictive cycle with new concepts and ideas.

The dreams of affordable VR gaming on personal computers and consoles won’t turn into reality for another half a decade or so if the current prices of such hardware are reflective of it, but we can get a glimpse of this genre through augmented reality games. While the immersion is very toned down from the virtual reality cousin of this genre, it is still a weirdly enjoyable and unique experience. The most popular of the bunch is probably Pokemon Go, a game that puts adorable critters from its well-known franchise into our cities.

The joy of these games comes from them giving a special purpose to significant locations in real life and utilizing the actual maps of the region we live in to replicate a new world that’s accessible through our phones. The possibilities for such games are decently broad, allowing for a lot of new ideas to be used and processed through this genre.