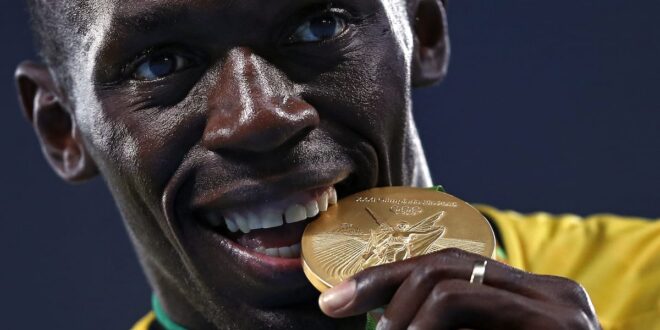 Olympic Medal Designs Through The Years – History, Design and Photos

Winning the medal on the Olympic games is a big honor in the sports world. Just participating means that you’re one of the best in your country. Things that are always in the center of everyone’s attention are the Olympic medals. Getting one is a major accomplishment everyone should be proud of. There are thousands of pictures of athletes with their medals on the Internet and since they are to be seen by the entire world, their design is quite important.

Back in 1896 at the first Olympic Games in Athens, the winner was crowned with an olive wreath and received a silver medal that featured Zeus’s face and his hand holding a globe. A lot has changed since then. The medals became standardized in 1928 and since then until 2000, all Summer Games medals have had a pretty similar, if not the same design. On the other hand, the Winter Games featured a bigger variety of medal designs.

Medals aren’t just for the Olympics as there are companies such as GS-JJ, that can make custom race medals and help with the design.

The 2016 Rio Summer Olympics had eco-friendly medals made out of gold that was free of mercury contamination while silver medals were made out of partly recycled silver. From olive wreaths to eco-friendly designs, Olympic medals have come a long way. Here are some of the designs we could have seen in the previous Olympic games.

This is a truly unique and beautiful medal as you don’t often get to see the medal that features a granite disc inside it. The marbling pattern is different from every medal ensuring that each medal is unique and different. Ingjerd Hanevold, the designer of the medal, says she intended them to be “humorous, sober, and recognizable.”

This is the first time the design of the medal has been changed since the 1928 Games in Amsterdam. From 1928 until 2000 Games in Sydney, the medals featured the goddess Nike, seated, holding an ear of corn in one hand and a wreath in the other. Starting with this medal, all of the Olympic medals are to feature the Greek character of the Games to honor the origins.

This medal is truly beautiful. It has a hole in the middle which allows you to take the ribbon off if you wish and simply hold a beautiful and shiny medal. It is the only medal that came with a hole in it and it is incredibly recognizable.

These medals are special not only because of the beautiful design but also because they were the first ones to have the pictogram of the relevant discipline engraved meaning if you won a medal in curling, your medal will clearly show that. The process used for these medals is the photographic transfer onto acid-impregnated steel.

An intriguing, rectangular design of the medals truly makes them stand out. They seem rather simple, but that’s what makes them so interesting.

Previous Winning Strategies for Online Poker: How to Crush the Competition
Next A Story Of a Real-Life Hero – Dr. Stephen Odzer