Stickers and skins are virtual items that players can purchase and use in the popular first-person shooter game, Counter-Strike: Global Offensive (CS: GO). These items are purely cosmetic and do not affect gameplay, yet many players are willing to spend hundreds, if not thousands, of dollars on them.

This phenomenon raises the question: why do people spend so much money on stickers and skins in CS: GO?

1. The Appeal of Customization

Contrary to conventional wisdom, spending money on in-game items is not just about being flashy or showing off; in many cases, it’s about crafting virtual spaces that not only reflect an individual player’s sense of style but also serve as a canvas through which they can communicate their passion for gaming.

Players can use CS:GO Stickers to personalize their in-game weapons and make them stand out from others. This can be especially appealing to competitive players who want to showcase their personal style and skill level. Additionally, owning a rare or limited-edition skin can be a status symbol, making players feel special and unique.

2. The Economy of Virtual Items

CS: GO has a robust virtual item market, where players can buy, sell, and trade skins and stickers. The prices of these items are determined by supply and demand, and some skins can be worth thousands of dollars. This can create a sense of excitement and investment for players, who may be willing to spend money on skins with the hope of making a profit.

Another reason why people spend money on stickers and skins is the emotional connection they have with the game. CS: GO is a game that has been around for nearly 20 years, and many players have been playing it for most of their lives.

For these players, the game is not just a form of entertainment but also a part of their identity. As a result, they may be willing to spend money on stickers and skins as a way of showing their loyalty and support for the game.

For some gamers, collecting stickers and skins is more than just an accomplishment — it’s become a hobby in itself. Collecting the rarest and most sought-after loot has become something akin to a treasure hunt, with browsers of the web scouring for the best deals and downloads.

Even players who aren’t looking for any new items often have fun seeking out the rarest or coolest skins or trading them with enthusiastic friends. For these hardcore collectors, sticker and skin trading has become another way to stay involved in their favorite games.

In conclusion, spending money on stickers and skins in CS: GO is a popular choice amongst gamers because of the unique customization options it provides. It also enables players to show off their sense of style and individualism through personalization.

Whether you are looking for an edge in competitive play or simply want to add some fun flair to your profile, there are plenty of ways to spend money on stickers and skins that can give you the customization options you desire.

Previous Rubber Feet And Bumpers – What Are They?
Next 7 Different Flail Mowers and Mulchers & Their Applications 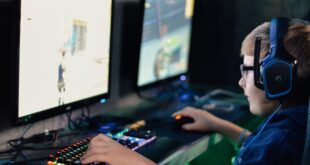 The Future of Online Games: 10 Trends 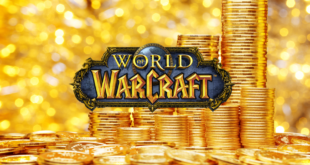 Things You Most Likely Do Not Know About World Of Warcraft