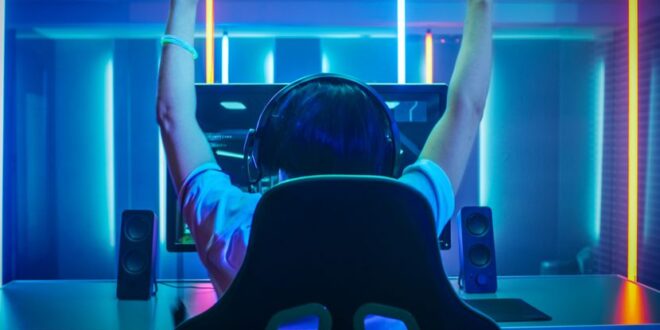 6 Most Popular Games in eSports

In 2023, a lot of eSports events were and will be hosted all around the world. Many people are working hard on their gaming experience so they can take part in these events, that are very popular and anticipated. Some people are still asking if eSport is a real sport, but now, in 2023 it’s clear that it is, because it requires training and competitiveness. So, the answer is yes, due to these requirements, eSports can be listed as regular sports, just like football games or the Olympics.

Electronic sports (or eSports) is a video game competition between professional individuals or teams. This type of gaming is a part of the video game culture. The gamers stream their competitions and gaming enthusiasts and professionals all around the world can watch it. Often, they stream the games via YouTube and Twitch.
And, what they want to play? These are the most popular eSports games this year:

The League of Legends World Championship first happened in 2015 and it’s hosted by Riot Games. This year, the event is planned to be held in Shanghai, but due to the coronavirus situation, the official date is still unknown, since China is a critical part of the world.
This championship is very popular between the young people and all of the gaming enthusiasts. It’s already a part of the 2023 Asian Games, and following the popularity and the success, eSports may soon be a part of the Olympics. League of Legends is one of the most-watched online tournament events in the world.

Fortnite gained its popularity mostly in 2019. The 2019 tournament had one of the biggest prizes, which was about $100 million. There is no official date for the 2023 Fortnite World Cup, because of the crisis with the coronavirus pandemics. Last year, about 2.3 million people followed the Cup. The current COVID-19 situation may increase the number of players since many of us stay at home, but it postponed and canceled many important eSports events. The game players are afraid that this year’s event will be canceled because the mass gatherings are forbidden, so the risk of virus spread can be minimized.

This is an eSports event that keeps the gaming Olympics format. The teams represent their countries and play different games as a part of the competition. The Federation was formed in 2008 and they are organizing gaming tournaments for several years. Many Asian countries take a part in this championship, including Vietnam, South Korea, and Taiwan. Some European countries participate too. The 2023 event’s dates are yet to be announced because the COVID-19 crisis affected this championship too.

Escape from Tarkov is an indie video game, developed in Russia. The game is set in the fictional region of Norvinsk, where two private military companies are fighting over a political problem. The players can play it in a few modes, include online raids, scavenger raids, and offline mode. The closed alpha version of the game was first opened in August 2016 and was followed by a closed beta version in July 2017. Even though there is no official releasement, many platforms offer online Escape from Tarkov coaching sessions, which are tournament simulations. If you want to play with PRO players, so you can train your abilities, click here and join the passionate gamers, who believe that one day, this game will get its own official tournament.

The DOTA 2 championship is well-known as The International, which is the annual world cup for this game. The first cup was held in 2011. Every year, 18 teams take part in the games. Twelve of them get direct invites following the results from the DOTA Pro Circuits, and six of them qualify with playoff brackets. This year’s championship is also postponed, and it can be canceled if the coronavirus situation won’t calm down in the next few months. The International usually is covered through the streaming platform Twitch. DOTA 2 is a popular multiplayer game that gains a lot of players every year. The first version of the game, today known as DOTA or DOTA 1 was released in 2003, and since then, many gamers say that this game is their favorite for a lifetime.

This is a multiplayer first-person game, developed by Blizzard Entertainment. They own a few gaming franchises, including the canceled, but popular Titan. Overwatch uses some of Titan’s elements. In 2019 was announced that Blizzard is working on Overwatch 2, but the game is not released until today. The annual eSports tournament is also organized by Blizzard Entertainment and everyone can participate, but only five teams can qualify in the finale. The qualifications are planned to be held in 19 cities, but the current situation makes this decision questionable.
According to many sources, a lot of events this year are canceled.

The coronavirus pandemic affected many fields, sports, and professions, and the eSports games are not an exclusion from the rule. The World Health Organization recommends canceling and postponing all the events that require mass presence. We still don’t know when or how this COVID-19 crisis will end, but if you are a passionate gamer and eSports enthusiast, you need to stay at home and practice your game. Many organizations are trying to move their tournaments online, if possible.

The gaming industry is growing every day and many players decide to organize big or small cups and championships. 2023 may not be the perfect year for these events, but after the end of the pandemic, there will be plenty of chances to join some eSports tournament or championship. Until then, you can practice every day, just like you would do with every other type of sport. If you still haven’t played any of the games we mentioned in this article, you can start playing today, because eSports are entertaining and fun, and you can also earn a prize if you and your team are good enough.

Previous What Is VoIP and How Can It Help Your Business During the Corona Crisis?
Next What is 3D Concrete Printing and How Does it Work?