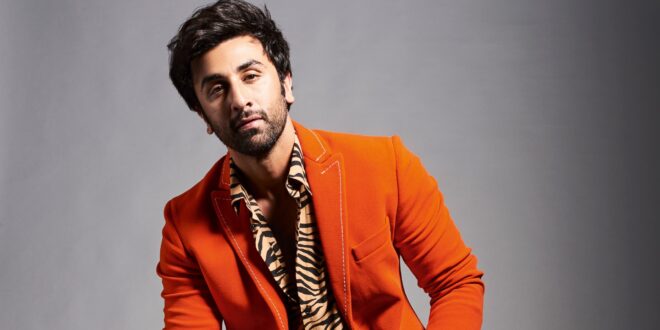 At the moment, Ranbir Kapoor is one of the most popular, most famous, and highest-paid actors in Bollywood. He is also the winner of Filmfare Awards, five times in a row. Ranbir Kapoor is the co-owner of the ISL football team Mumbai City FC.

The public in India is crazy about him because his personal life is an interesting topic; he gains a lot of attention because he was dating various, popular co-actresses. If you want to find out more about Ranbir Kapoor’s personal life, career, and net worth in 2023 just continue reading this article down below.

Ranbir Kapoor was born on 28 September in 1982 and raised in Mumbai, India. His parents, Rishi and Neetu Kapoor were also successful actors in the Bollywood film industry. His education started at Bombay Scottish School in Mahim, and after that, he finished pre-university studies on H.R. College of Commerce and Economics. After that, he moved to New York because he wants to improve his acting and filmmaking skills. He joined the School of Visual Arts and Lee Strasberg Theatre and Film Institute.

The football always was first on the list of his interests, and later in his life, he will become a co-owner of the ISL football team Mumbai City FC.

His childhood was very rough because his parents were in a constant fight in their marriage. His first, serious relationship happened when he was on the seventh standard, but it had not had a happy end. When they broke up, he suffered from depression. He was dating Deepika Padukone, his co-star actress, but they also broke up after one year of dating. In 2013 he was dating actress, Katrina Kaif, and after three years they broke up. At the moment, he is in a relationship with Alia Bhatt.

The first time, he was hired as an assistant director was in 2005, and Sanjay Leela Banshali hired him for the film Black. This was a crucial moment for his career as the movie director, he learned a lot, and the job description was the perfect fit for him. He was managing the role in Saawariya, and he was acting with Sonam Kapoor.

This is very important because it is the first Indian movie produced in the Hollywood Studio, and he won the Best Male Debut statue for that movie. He also appeared in the comedy film Bachna Ae Haseeno in 2008. The best critics he got for the movie Wake up Sid, and his movie Ajab Prem Ki Ghazab Kahani with Katrina Kaif was very popular.

In 2010 he played a role in political drama Rajniti which brought him third Best Actor nomination at Filmfare. In 2012 he filmed a movie called Balfi, and it was a huge success, and after that, he appeared in films Roy and Bombay Velvet. He also appeared on the big screen with Deepika Padukone in the movie Tamasha, and for that movie, he got the Best Actor Nomination at Filmfare. He also played a role in the film Ae Dil Hai Mushkil, and the last year he played the role of Sanjay Dutt in the film Sanju.

In the future, we will watch him in the fantasy film trilogy of Ayan Mukherjee with Aliya Bhatt and is an adventurous movie of Karan Malhotra called Shamshera.

His net worth is estimated at around $45 million, and he is the highest-paid actor in Bollywood at the moment. His annual income is nearly $5 million, and all his income comes from his films. At the moment he is on the covers on every magazine in India, and he is dating a young actress Alia Bhatt. His movie Sanju is a huge hit this year, and it is popular across all the India.

Previous Can Your Website Design Can Affect Your Marketing? – 2023 Tips
Next 5  Ways to Boosting Team Productivity in the Workplace  – 2023 Guide