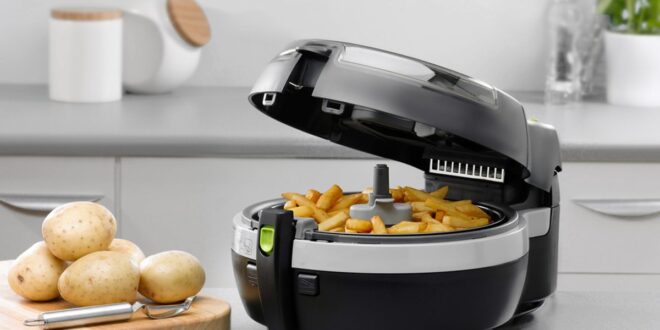 9 Reasons Everyone Should Own an Air Fryer – 2023 Guide

If you’re thinking about getting a new kitchen appliance but are still indecisive as to what you might need or you’re considering buying an air fryer but are still not quite sure whether you should, we can help you settle that. It’s not a secret that most of us like to indulge in some fast food or just some deep-fried deliciousness in general, but, we do know that it isn’t really the healthiest option for a meal out there. So, how can we enjoy some fries on a regular basis without damaging our health? Well, that’s where the air fryer comes in. What this kitchen appliance allows you to do is prepare a dish that usually takes a lot of oil and leaves a huge mess behind, without any of that.

The air fryer does just what the name suggests – it cooks the food by circulating air around the food. That way, food doesn’t require oil as it is cooking in its own juice. So, now that we know what this device brings to the table, let’s check out the actual reasons why you should own an air fryer. Let’s get started.

First off, the biggest benefit, both health and cleaning-wise is the absence of the oil. We’ve mentioned this as the reason behind the existence of the device itself, but it’s important to emphasize this again. You can use some oil, it’s not prohibited, but it’s also not required since the hot air will get the job done either way. You’ll eliminate saturated fats from the equation and end up with the same quality food. It’s a great thing to have if you’re conscious about your diet or health.

The cooking abilities of this device are not limited only to frying, as you might think considering its name. On the contrary, this thing can cook all kinds of foods in a lot of different methods. You can grill stuff, you can bake them, roast them, whatever comes to mind. It can easily roast a chicken and bake some brownies or cake. Just not at the same time, of course. You can cook some other stuff simultaneously, just avoid combing previously mentioned.

One thing people don’t really believe in until they try one of these things out for themselves is how quick they actually are. Let’s say you’re planning on preparing some frozen fries. Usually, it would take you about 10 minutes or so to unfreeze them in the oven, probably at a staggering 400 degrees and after that, you’d have to bake them for at least 20 more minutes. With air fryer, not only do you eliminate the need to unfreeze them, but you cut the actual cooking time to about 10 minutes total. Just put them in, still frozen, and get them out hot and crispy after 10 minutes.

4. It comes with accessories

If you’re willing to spend an extra few bucks, you can get this thing equipped with loads of different accessories that will allow you to easily prepare all sorts of different meals. You can find a top 10 list at alltoptenreviews.com and chose your favorite air fryer oven and check out which accessories you can get alongside them.

Since it’s good to teach your kids how to take care of themselves and since that involves cooking, investing in an air fryer can be a great tool for the first step. Many parents might start with the microwave oven since it’s really simple and easy to use, but the microwave does require wearing some oven mitts when you’re taking out the food. With air fryer, you don’t come into contact with any hot parts, therefore, it’s completely safe for the kids to use.

6. It’s a lot less messy than the regular oven

There’s nothing worse than scrubbing oil from your kitchen counters or the stove after you’ve deep-fried some fries or chicken. Since you’re not going to be using any oil with this thing, you will forget about the smell and oil splashes altogether. All you’ll be needed to clean afterward is the non-sticky basket that can usually be cleaned by just rinsing. Of course, don’t settle just for some water, clean it properly – it’s still easier than the alternative. If you have a dishwasher, the basket is absolutely washer compatible and doesn’t need any additional cleaning.

7. It can cook a large amount of food

Even though it looks small, this device can easily roast an entire chicken. You can easily prepare meals for a family of four with this gadget. Therefore, if the quantity was one of your concerns it really shouldn’t be because most of the air fryers have a capacity over three liters and that’s more than enough for a couple of people.

8. It doesn’t require any additional work

The days of opening your oven and checking on your roasted chicken are over. With the air fryer, you don’t need to stop to the cooking just so you can smear some butter on your meat or to turn around the cake so it bakes evenly. All you need to do when you have an air fryer is to put the food in, set the timer and the temperature and just go on with your day. When the timer hits 0, your food will be ready. No additional hassle, just press a button and enjoy.

9. It usually comes with a cookbook

We tend to get bored with eating the same thing over and over again, and frankly, sometimes it’s hard to come up with new recipes. Well, when or if it comes to that, there’s a handy cookbook that came with your air fryer that will provide you with some new, healthy recipes so you can refresh your diet a bit. An additional bonus is that the cookbooks will provide you with information as to how much should you cook certain foods for since the cooking times aren’t the same as in the traditional ovens.

That would be all, hopefully, these 9 reasons were more than satisfactory and now you have a better idea as to what you should expect from an air fryer. 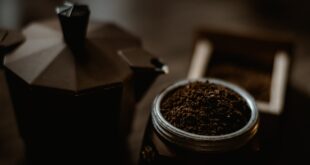 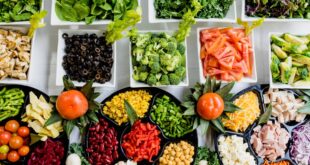 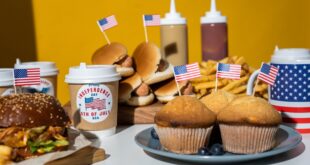 How to Prevent Food Poisoning?