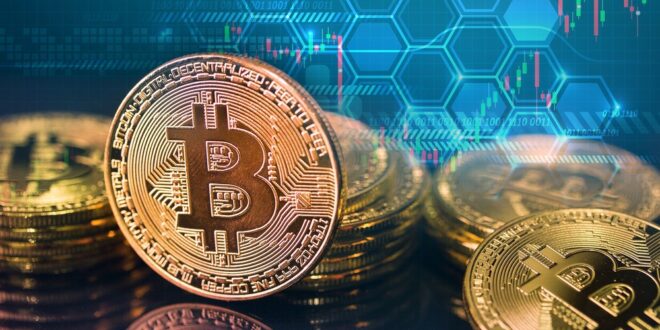 The Relationship Between Blockchain and Bitcoin

Blockchain and Bitcoin are two ends of one line. But if you’re among those who have used these terms interchangeably, you’re not the only one! People often tend to get confused by these two terms. To help you out, here we’ll discuss both of them in detail.

Let’s begin with quick definitions. While the Blockchain network enables virtual money, Bitcoin is among the best and most liquid currencies. This chain technology was invented in the first place for crypto mining. Are you still scratching your head thinking about what we just said? If yes, let’s jump to the details!

What is Meant by Blockchain Technology?

Blockchain is a decentralized record of all the transactions carried out across a peer-to-peer network. In simpler terms, it is like a computer file for keeping information and trading data. This open and distributed ledger distributes the blockchain records across all the computer systems, whether located within a country or overseas.

Since the data is not confidential and many people are involved in its operation, Blockchain is a decentralized technology. This feature makes it transformative. Unlike traditional currencies with a centralized archive, controlled by the government or a financial institution, a digital ledger is transparent and available to the users as they verify the data.

You might wonder that such a level of transparency must make it an exposed network, highly vulnerable to cyberattacks. But to everyone’s surprise, it is a secure technology because there is no central point for hackers to target. The technology exists worldwide, so cybercriminals have nothing specific to target.

What is Meant by Bitcoin or Cryptocurrency?

Bitcoin is a type of cryptocurrency, similar to Dogecoin or Litecoin. Just like Blockchain, it is also decentralized and involves a peer-to-peer online payment mechanism. It means that people are allowed to carry out anonymous transactions using it. No third-party authority, government, or bank would interfere in your trading.

Cryptocurrency comes in handy if you want to use it for making payments at a gambling space, like a casino. It is because, unlike traditional currency, crypto does not maintain a record of your transactions. Bitcoin is just one type of digital currency – there are so many others in the crypto market. And all of them are carried out by a blockchain network.

But that doesn’t imply both are similar!

Does the Potential of Blockchain Goes Beyond Crypto?

Although Crypto uses a digital ledger for trading, its scope is more than merely a decentralized network, allowing users to perform anonymous trading. From the point of view of a business, it is suitable for improving daily working. Please visit this site to gain in-depth information about this virtual ledger.

The reason people confuse the two is earlier, Bitcoin was the only Blockchain.

The Blockchain network is collaborative and guarantees to improve routing between different companies. Due to this feature, investors are hopeful that it might offer notably increased returns for every dollar spent. The high returns of this digital ledger and its increased usage have compelled financial institutions to legalize it.

Governments and financial institutions located around the globe are exploring different ways of using this network. There has been a tremendous spike in miners creating the cryptocurrency to put into the flow, and even governments are considering introducing it in students’ curricula.

While Blockchain is information stored digitally in a public database, Bitcoin is a virtual currency functioning via a digital ledger and using cryptography for security. It is a place where verifiable transactions are stored. On the other hand, Bitcoin is a means of carrying out those transitions. Cryptocurrency is similar to a digital ledger as it too is not owned by any particular central figure.

One essential factor that points that Blockchain transcends Bitcoin is the technology is not limited only to the financial sector. Instead, it offers several solutions to disrupt the money market in the following years.

Blockchain is the foundational feature of a cryptocurrency, while Bitcoin is a type of it. But both of them are connected through similar beginnings. People often confuse one for the other because this chain was the primary or, you can say, the first database on which all the crypto transactions were recorded.

When this network was introduced in 2009, it was not famous among investors. Even today, people find it challenging to understand the term. But eventually, they got through it and gave it a name based on the way it carries out trading’s, and they are clubbed into blocks of data by way of a mathematical function, thus creating a hash code.

Long before the emergence of Bitcoin, the design of Blockchain existed. But it was Bitcoin only that brought the network system to prominence. Today, this technology is used across industries in innovative ways. From technical to non-technical industries, all are finding creative ways of using this decentralized database. It includes healthcare, politics, real estate, education, and the government. All of them are using this network to store their data securely.

From the above article, you must have concluded that while bitcoin is a virtual asset, Blockchain is the technology it is built on. To state simply, crypto is dependent on blockchain networks. In its absence, crypto might not be as valuable because there is no technology as sturdy and as reliable as Blockchain.

With the growing usage of this technology among the masses, investments are expected to rise in the coming years. The number of startups and institutions is increasingly taking advantage of the momentum of this network. Due to the expanding pace of technology, the blockchain-based currency is viewed reliable long-term investment.

The relationship between Blockchain and bitcoin is of remarkable importance to investors as they use the two daily. Blockchain is useful in recording and verifying all the transactions before adding a new block. It provides such a level of security that has not been witnessed before. No computer system is capable of altering the data recorded on this chain. 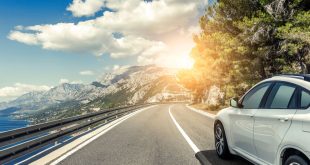 How to Create a Retirement Plan Checklist 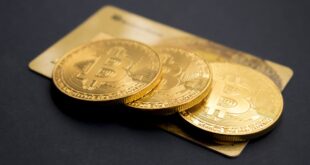 A Few Interesting Facts to Know About Bitcoin Transaction Fees