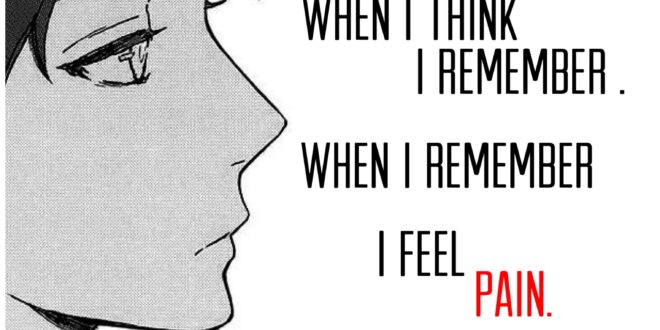 People who believe that anime series are only for kids do not have a clue how heart-wrenching these shows can actually be. Most of them are far away from simple childish entertainment, and they deal with heavy themes like death all the time. At times, they can be more heartbreaking, saddening, and soul-crushing than the best Hollywood films. Some of the quotes that appeared in them are borderline depressing, and they make you think. In this article, we will go over some of the saddest anime quotes.

“I’ll never resent you, or hate you, or hurt you. Not ever. Not you or anyone. I’d rather die. So If I’m killed, I’ll face my killer with a smile. And I’ll tell them that it’s okay because it won’t be their fault for doing it. It’ll just be that they don’t know any better. I’ll die hopeful, that my death might have helped them… to understand someday.”

Photo is a slave in this show, and in this particular episode, her attitude serves as an eye-opener. The fact that these powerful and inspiring words come from a slave should is amazing.

“The thing I wished for destroyed my whole family. I brought all this suffering down on my family because I made a wish for my dad without knowing what he really wanted.”

The wish that Kyoko has destroys her entire family literally, and she has been left alone to survive and fend for herself. This is the direct result of her iconic demeanor and an iron-strong personality.

”Humans die. Animals die. Plants die. Even soul reapers die. It’s the arch of the universe. Everything that comes to life eventually ceases to exist.”

This is the sad and often depressing reality that every human being has to accept and face during their life. It starts feeling better when you accept it, and people often live a happier life when they fully understand it must come to an end.

“I bet dead people are easier to get along with.”

The upbringing of the character called Crona was a living hell because of the witch that created her. She has never felt love or affection, and it should therefore not be a surprise that she feels like this about the world she is a part of.

“Remember what you said before? A normal person with a gun will wind up doing something he never thought himself capable of? No one in this world can truly hold himself separate from violence. Guns are literally within reach of anyone. Sadly that’s where we put our faith, in bullets rather than human kindness.”

This is quite a sad statement. People tend to put too much faith and value in bullets and war than we do in the kindness and education of humans.

“The loneliest people are the kindest. The saddest people smile the brightest. The most damaged people are the wisest. All because they don’t wish to see anyone else suffer the way they did.”

Jellal can practically serve as the definition of “sadness”, and his quotes result from the bad experiences in his hard life. This quote is easily applicable to the real world, and it serves as a valuable lesson to all.

“Are you listening God? The thing is, mom and dad don’t like each other anymore. And it’s my fault for being such a useless daughter.”

You can feel the pain in Hatori’s voice in this scene. And it’s so genuine that it’s hard not to take it in.

“Kakarot… please… destroy Frieza… He made me what I am. Don’t…let him… do it… to anyone else. Whatever it takes… Stop him… Please.”

Vegeta is one of the most legendary anime characters ever, and the Dragon Ball Z series is an iconic show. A guy with such a rough and hard exterior, despite his hard and exhausting life, cries in fear prior to his own death. He is seen weeping like a child during his last moments with Goku, as he realizes much about his life up to that point. This is one of the most famous scenes in anime history.