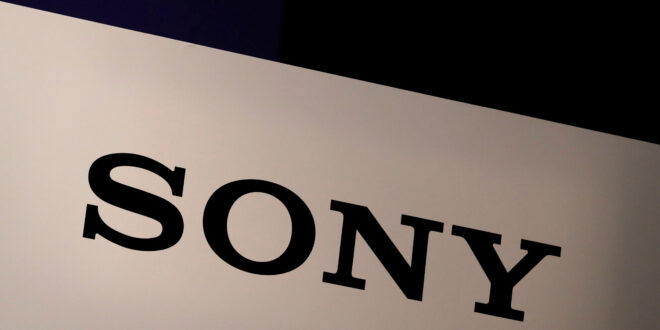 There’s a very old saying in the world of business, which is that if you can’t beat someone, you should join them. Sony appears to be taking that approach to its business arrangements with other gaming companies, because they’ve just announced a massive investment in Epic Games; the company best known for the creation and ongoing popularity of “Fortnite.” The deal doesn’t give Sony ownership or exclusivity over “Fortnite” or any other Epic production, but it does give them a slice of the pie, and a potential advantage over their rivals.

Sony would have watched on with a mixture of interest and horror as “Fortnite” went viral three years ago. The game isn’t tied to any platform, and can be played on any device that has a screen, a means of controlling the action on that screen, and an internet connection. Hardware is almost unimportant. If left unchecked, the effect of this could be similar to the one that online slots websites have had on physical casinos. If a player has literally hundreds of online slots such as Rose Slots to play with at the touch of a button on their mobile phone, they have very little reason to leave the house and go to a casino. The existence of online slots could make physical casinos irrelevant. With games like “Fortnite,” players don’t need expensive hardware to play. Their existence could make Sony’s PlayStation irrelevant – and that’s something Sony obviously wishes to avoid.

This might be more of a problem right now if there were more games like “Fortnite” on the market, but right now there aren’t. Mobile gaming in general is going through a period of sustained growth, and multi-platform games like “Minecraft” and “PUBG” have millions of devoted followers, but nothing has touched the popularity of “Fortnite.” The profile of the game is now so large that it has its own dedicated section on the BBC News website. Musicians are queuing up to play virtual “concerts” in it. Movies are being played on virtual screens inside the game, with audiences numbering in the millions. Several metrics say it’s the biggest video game of all time, and they might be right. Now Sony – arguably the biggest company in the business of making video game hardware – owns a piece of that market. They may be trying to defend themselves against a possible future where non-platform-specific gaming becomes the dominant choice.

Acquiring a piece of Epic Games didn’t come cheaply for Sony, and nor does it give them a significant stake in the company. For a comparatively measly 1.4 percent holding in Epic Games, Sony has parted with the eye-watering sum of a quarter of a billion dollars. That gives Epic an implied value of over seventeen billion dollars as a whole. Based on the figures, it won’t be the size of the stake on offer that persuaded Sony to do the deal, so what else might have been on offer to them that convinced them to make such a substantial investment?

To find that out, we perhaps only have to look at the press release that both companies put out to announce the new arrangement. In it, they say that they’re looking to “broaden their collaboration” across assets and technology platforms that belong to Sony. Thinking logically, the only assets and platforms that Sony owns and Epic Games might be relevant to are PlayStation assets and platforms. That might not mean that future “Fortnite” releases are PlayStation exclusives – Sony would have had to pay much more to secure that – but it might mean that Epic’s next big non-“Fortnite” releases are.

Perhaps we’re not thinking about this in broad enough terms, though. Sony doesn’t just make games and gaming tech, after all. Sony also owns record labels, with a star-studded roster of artists who would presumably be very interested in using “Fortnite” as a means to engage with a new audience. It’s possible that the two companies could work together to create new interactive virtual reality experiences involving Epic Gaming games, and Sony’s recording artists. Both parties would benefit from such an arrangement, and it could potentially lead to fans crossing over in both directions.

Industry insiders have been taking note of Epic’s ongoing flirtation with Sony for several months. When the new Playstation 5 was officially unveiled a few weeks ago, one of the first notable responses from the world of gaming came from Tim Sweeney, Epic’s founder and current CEO. He called it a “remarkably balanced device,” and had already used a dev-kit version of the console to show off the company’s new fifth Unreal Engine a few months earlier. Both companies have confirmed that they’ve been working together on the new PlayStation’s specifications and software architecture, as well as some aspects of the hardware’s capabilities.

In theory, that means Epic Games have had a strong hand in designing a console upon which anything made by Epic Games (or using the Unreal Engine) will work on perfectly. That might be the real advantage for Sony – no matter how well games are ported and copied from PlayStation format to Xbox format, they’ll always run more smoothly on the PlayStation if they use the Unreal Engine.

Buying this small share in Epic Games doesn’t give Sony mastery of “Fortnite,” and it doesn’t mean that players on other platforms are going to start losing access to Epic Games products any time soon. It does, however, prove that there’s a strong partnership between the two companies, and also indicates that Epic Games prefer the PlayStation to any other gaming platform.

Having contributed to the design of the new generation PlayStation, it would make sense that they develop games with a “PlayStation first” mindset in the future – especially with Sony having invested so much money in them. Microsoft won’t believe that this development alone means that they’re destined to lose the next round of the console wars to their old rivals, but the fact that one of the world’s biggest gaming companies has nailed its colors to the Sony mast so firmly will at least make them feel a little uncomfortable.