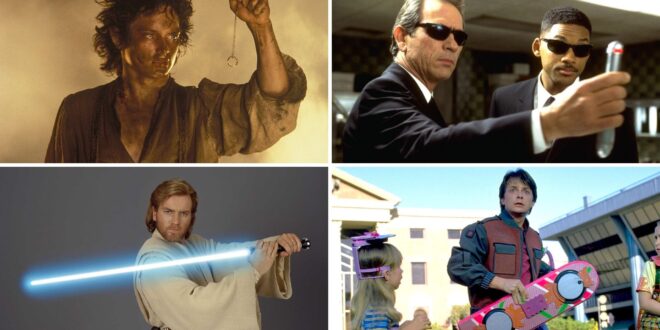 The Greatest Movie Props Of All Time

There is not a single person in the whole world that doesn’t enjoy watching movies. Some have seen almost all of them, some prefer classics, while others watch them from time to time. The bottom line is some movies always stay with us, whether is it because of the story or maybe even actors.

The most successful movies are analyzed to the last bit. Fans love to discuss the plot, come up with theories why something happened or did not happen, try to predict what will happen in the next installment and repeat their favorite lines. However, props are the thing that most fans desire to possess. There are dozens of props used in every film, but some of them get more attention than the others, and may even be perceived as a symbol of the entire franchise, and we are going to mention some of them. Some of these were created by the people who were involved in making the movie, while others were made by professionals such as http://www.rcscustomexhibits.com/portfolio-posts/props/.

If you are a fan of Sci-Fi movies then surely the first prop that comes to your mind is a lightsaber from “Star Wars”. Nowadays, there are thousands of these items available for purchase. They come in different types, colors, and details. And there is not a single person in this world, which has seen a movie, that doesn’t want to have of them. Fans of the franchise spend countless hours online, discussing the details a perfect lightsaber must possess.

Another valuable prop is a statue of a Maltese Falcon, from the 1941 movie of the same name. This prop was sold for staggering a $398,500 in an auction in 1994, making it the most expensive prop in history up to that moment.

Furthermore, we have to mention the symbol of “Man in Black” franchise – the neuralyzer. This handy little device has to power to erase the mind of anybody who sees its flash. The agents that use it can determine what memories they want to erase, and they can also return them to the target. In order not to be affected by neuralyzer, they wear Ray-Ban sunglasses every time they use it.

One of the most popular movie props is a simple band called The One Ring from the “Lord of the Rings” trilogy. The band is an artifact described as the magic ring of invisibility that has the inscription on it written in Tengwar script. Nowadays, all fans of this massively popular franchise want to have this item in their possession. We are sure that there are even people that use it as an engagement or even a wedding ring.

One of the most popular teenage movies is “Mean Girls” and the most important prop from this movie is, of course, The Burn Book. This book contains stories, gossips, and rumors about all girls that go to North Shore High School. We are sure that many girls tried to recreate this prop on their own after seeing the movie.

We can say that the producers and writers of the movie “Back to the Future Part II” in a way predicted the future when they created a hoverboard back in the late 1980s. The prop used by Michael J. Fox in the movie was sold for $28,800 in an auction a few years ago. Nowadays, there are similar vehicles that people all around the world adore.