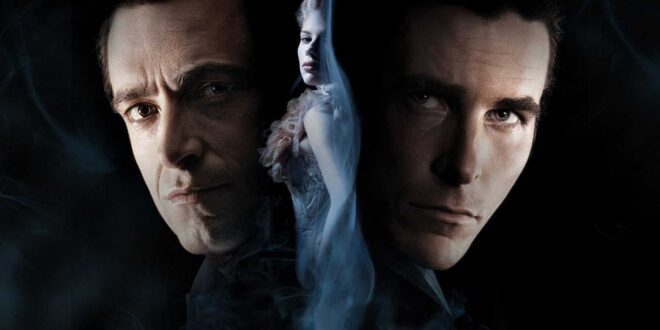 When you watch a good movie that revolves around the magic, there is no doubt that you will be wowed and that you are going to want to check out some other movies that are about magicians. Well, there is no better movie with magicians than The Prestige.

Actually, if we were to rank the best movies ever, The Prestige would be on that list, that is our honest pick. We imagine that you have already checked out that movie since you are reading this article, but just in case you haven’t – were are not going to talk about it more.

You may be wondering which other movies can you check out that are similar to this one. We got you covered with these movies that are also based on magicians, magic and illusion.

Now You See Me

This is probably one of the more popular ones. Four people are trying to pull off big heists around the world by using magic and illusions in order to get into an order of „actual magicians“. You are not going to know what happened until the very end, which is kind of a must with this kind of flicks.

Jesse Eisenberg and Woody Harrelson are the stars of the show and they deliver here. Some people don’t like Now You See Me, but it’s a fun and enjoyable movie that will keep you guessing at all times.

This is a great movie, but it has one big flaw – it came out the same year when The Prestige came out. In our opinion, nobody can compete with The Prestige, but that doesn’t mean that this flick is not good.

In fact, we think that it’s underrated and underappreciated. A nice love story between Eisenheim and Sophie, combined with really good magic scenes which are really different, from simple magic to summoning death spirits. If you enjoyed what Hugh Jackman and Christian Bale did, you are going to like this one too.

This is one of the best that 1980s have to offer. It is actually amazing for the time from which this movie came from. From the interesting characters to beautiful sets and a great story, this movie has it all.

Still, it doesn’t reach the level of The Prestige, but rarely any movie does. But, if you already saw that one and you want more of the same kind of style, you need to go with Labyrinth.

Previous Happy Anime Quotes
Next The difference between ‘topic’ and ‘subject’